John L Williams’ new book on the pan-African thinker is a marvel that offers a close, meticulous description of his life and thinking, untangling his transformations and inviting reacquaintance. 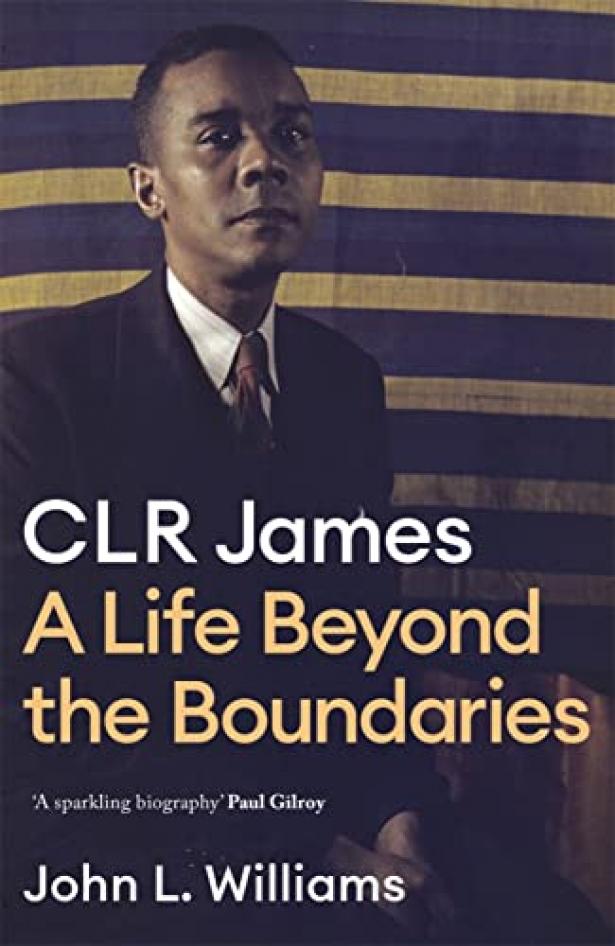 It is now more than 30 years since the passing of the pan-African savant CLR James, who was approaching 90 at his death in 1989. His life story takes us back six generations and distant places to worlds of politics and culture now far from living memory.

More imposing yet for the scholar: James grew up in colonial Trinidad and carried on his nearly 60 years of literary experimentation, anti-colonial politics, Trotskyism, post-Trotskyism and assorted cultural commentary in a bewildering array of settings. No wonder a full and necessarily lengthy biography has until now been a daunting prospect.

I am delighted to report – as the author of the hastily composed “authorised biography” (CLR James: The Artist as Revolutionary, 1989) – that John L Williams has managed a meticulous account, hugely researched and full of fresh insights and observations. It is a book so rich in detail that it opens up a range of subjects, no few of them vitally important today.

Perhaps Williams’ own participation in cricket offers us a clue to his personal fondness for James, author of the much beloved Beyond a Boundary (1963). Or perhaps it can be found in Williams’ earlier writing of a biography of Eartha Kitt, another Black global personality of complications, who offered him a rich subject of choice. Whatever the case, he captures the nexus of culture, race, politics (with strong romantic overtures in personal life) brilliantly, offering details and insights into the James thus far only guessed or imagined.

Many readers will already know that one of the very first West Indian novels by a writer who is not white appeared under the title of Minty Alley in 1936 (and enjoys a new life with a fresh reprinting last year), fictionally recounting the atmosphere, but also the sexual awakening, of a young, bookish fellow in the multiracial British colony.

The real James, jet black, strikingly handsome and precocious, the rebellious son of a prominent educator, had finished the novel before he left for London in 1932. Within only a few years there, James had made his way through the Bloomsbury crowd, the micro-world of cricket reportage, the London stage (with Paul Robeson), the anticolonial movement, and the mini-world of British Trotskyism – quite a trek!

Following the keen scholarship of Christian Hogsbjerg but further advancing the intense saga of the cricket-minded intellectual so quickly to advance as orator-activist and so admired among sophisticated women in particular, Williams’ biography shows us a veritable world beater with several noteworthy volumes to his credit. Most of all, Black Jacobins: Toussaint L’Overture and the San Domingo Revolution (1938), a book that changed the history of Black history and slave history, albeit a status unrecognised for generations.

James, writing from Paris archives but framed by the inspiration of Trotsky’s History of the Russian Revolution, revealed that slaves, Black people, could make their own history when they had the opportunity. It was a revelation, alongside WEB Du Bois’ Black Reconstruction: An Essay Toward a History of the Part Which Black Folk Played in the Attempt to Reconstruct Democracy in America, 1860-1880 (1935), two totemic texts for a different way to see the modern world.

Williams poignantly poses the question of why a prolific author and champion public speaker would leave behind Britain so easily in 1938. And, for that matter, leave aside writing any books, at least successfully, for a few decades. James had, of course, chosen the life of a revolutionary intellectual in the United States, a place he had also chosen as the proper venue for his unique talents.

Interest in James as a political personality has always been tended, especially in the hothouse circuits of Trotskyism, toward a fascination with a near cultish ambience around him. And for good reason. Reciting Shakespeare or Lenin (or both together) without notes and in a lovely Caribbean accent, he enchanted fairly small audiences across the US, winning hearts and more than hearts of many a devoted, would-be comrade. (I recall him saying to me that as a husband, he was an absolute negative, but he didn’t seem as regretful as he might have.) He also represented, as he commented with slight exaggeration, practically “the whole Negro question” in a Trotskyist movement based on ideas rather than numbers.

The so-called cult, an unfair characterisation that is not entirely unfair, actually centred around James together with a Russian Jewish immigrant who renamed herself Raya Dunayevskaya, and Grace Lee, the Chinese-American daughter of a prominent restaurateur. Together from the early 1940s, the three led or guided 50 to 70 followers in a movement within a movement, the “Johnson-Forest Tendency”, setting out to rethink the basics of Marxism.

Trotskyism proper inevitably became too narrow a frame and, as Williams describes in detail, that was only one of James’ problems. Living semi-underground without a legal passport, dictating his ideas to eager women typists, he was always out of money and always asking his patrons for more.

What other group would, with his collaborators, have translated sections of Marx’s Economic-Philosophical Manuscripts to be mimeographed for discussions among automobile workers? Or likened the steady bureaucratisation of the industrial unions during wartime to the loss of shop-floor control by Russian workers a decade or more earlier, propounding a new global theory moving through and beyond Lenin … printed in a pamphlet for under 1 000 readers?

The wind-down of the American labour movement in the emerging Cold War atmosphere would throw James back into personal life, as his following dwindled.

Along with fresh details of his early years, Williams’ close description of James’ transformation into a global traveller for West Indian independence and for a bottom-up anticolonial struggle is plainly a marvel. He untangles, for instance, Trinidadian leader Eric Williams’ appeal to James to assume a leading place in the rising nationalist movement, followed by Williams’ unwillingness to stop his jealous lieutenants from throwing the savant and his third wife, Selma James, to the wolves.

Leaving the US a few years earlier to avoid deportation, James was a man without a country. Almost. He had Britain, where he felt at home (if always broke), and the world. Kwame Nkrumah invited him to the emerging, immensely hopeful Ghana, and his other peers from the earlier movements greeted him as a freelance dignitary. Besides, the Hungarian Revolution, even when crushed, restored his hopes of a near-time social transformation across boundaries everywhere.

The emerging US civil rights movement, toward which he had paid fairly little attention since his remarkable pronouncements of the 1940s had anticipated by two decades the rise of Black Power, gave him other hopes. Meanwhile, his own little organisation split twice and then collapsed.

I am not sure that Williams fully captures the process by which small numbers of new Left intellectuals, Black and white, myself included, published and distributed his available writings, thus greatly encouraging James to take on his new mantle.

He would now become, in venues across the US, United Kingdom and Canada, among other places, the living memory of Black history. Marcus Garvey (whom he had bitterly criticised, then changed his mind), WEB Du Bois (whose communist affiliations had kept them apart), Nkrumah and newer candidates such as Martin Luther King Jr (who had visited him in London) and Stokely Carmichael (a fellow Trinidadian by origin) all became part of the big story.

In these years, Hannah Arendt attacked the very idea of Black history college courses, let alone Black history departments, making James a sort of opposite number, the one more popular with students than wary administrators. Williams captures why and how James became a veritable exemplar of how much Black history had to offer young people in particular.

And not only Black history. Like Herbert Marcuse, he leapt over generations to reach the young (the two senior figures met on a single occasion only, and notwithstanding their shared devotion to Hegel, seemed too far apart for an easy relationship). Meanwhile, in his wide travels, from African capitals to the West Indies, meeting students more often than politicians, James continuously urged democracy from below in the emerging nations. Only by drawing the masses into the process of governing could societies be spared a rewind of colonial regimes. Sadly, this advice went unheard in high circles. The assassination of two partial proteges, Maurice Bishop in Grenada and Walter Rodney in Guyana, struck him almost lethally.

The ageing James, rail-thin and suffering from a palsy that mysteriously vanished while he spoke publicly and just as mysteriously returned afterwards, staggered through almost two decades of public appearances, rising to the occasion again and again.

Privately, meanwhile, he hardly ever succeeded in discouraging the wolf at the door. The contrast between the public and private James, vividly described by Williams, intensified as he took to his bed increasingly – waited on, brought books and meals and visited by many, clearly enjoying a certain private but also quasi-public status. An octogenarian on the verge of physical collapse, he still could charm viewers of a widely seen documentary on the history of cricket and orate with EP Thompson (they had known each other since the 1950s) on the prospects of global, radical change.

James would leave much behind, including Selma James, never quite divorced, herself a dynamo of assorted women’s social movements and still, now over 90, on the stage of history.

The biographical methods undertaken by Williams gain strength all the way through, that is to say, all the way through to the end of a long life. He shows how that erstwhile prodigy, the “little Black boy” who astonished his teachers and fellow students so long before, retained his charisma into ancient old age.

James, almost literally at the end, was still making jokes (“whoever is calling, tell them I’m dead”), urging visitors, myself included, to watch cricket matches on television with him so he could describe all the high and low points.

Death took him away at last, but the memory of James would remain and repeatedly grow vivid, if mainly these days from young generations reading The Black Jacobins. John L Williams offers reasons for the larger story deserving recuperation.