The Democratic Republic of the Congo has been pillaged by foreign governments and corporations for more than 500 years, and this sordid pattern continues to this day. Given this history, is it any wonder that the country suffers from massive corruption, perpetual conflict, and state capture? 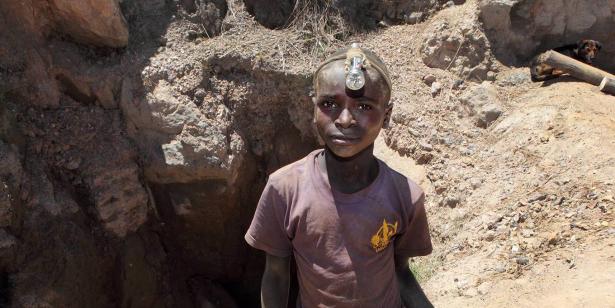 WASHINGTON, DC – Last month, the Belgian government returned a gold-capped tooth that was ripped from the mouth of the Democratic Republic of the Congo’s first elected prime minister, Patrice Lumumba, more than 60 years ago. Lumumba was assassinated in 1961 by a Belgian execution squad that dissolved his body in acid, taking the tooth as a “hunting trophy.” Now, the Belgian government has been attempting to make amends for the crimes that Belgium visited upon the Congolese people in the nineteenth and twentieth centuries.

But Belgium’s role is only part of this sordid history. The DRC is a case study of how greed-fueled transnational economic exploitation can continue for centuries. Companies and consumers in the United States and Europe – and more recently in China, Uganda, and Rwanda – have reaped enormous gains as a direct result of the Congolese people’s brutalization. As US Secretary of State Antony Blinken prepares to travel to the DRC in August, he has an opportunity to help prevent another chapter of devastating exploitation from being written.

This process started in the late 1400s, when the Portuguese landed on the shores of what was then known as the Kongo Kingdom. In the centuries that followed, there were periods when roughly one-third of the Kingdom’s population had been sold into the transatlantic slave trade. Ultimately, the Kongo Kingdom accounted for one-quarter of those enslaved on plantations in the American South.

In the late 1800s, demand for rubber and ivory led Belgian King Leopold II to turn the Congo into his own personal fiefdom. Leopold ruled with a huge private army, eventually killing millions through forced labor.

Then, when World War I drove up demand for copper, the West again used harsh tactics on the Congolese population to extract the Congo’s massive deposits. And in World War II, the US outmaneuvered Nazi Germany to seize control of the world’s most important uranium deposit – also in the Congo. The uranium used in the atomic bombs that the US dropped on Japan was extracted by Congolese who had been forced to work in radioactive mines.

During the Cold War, the US-Soviet race for uranium, copper, and other minerals led the US and Belgium to conspire to assassinate Lumumba so that they could install the kleptocratic dictator Mobutu Sese Seko. Mobutu then presided over three decades of brutal tyranny. By the time he died in 1997, he was one of the world’s richest men, having been handsomely rewarded for ensuring the continued looting of Congolese resources by American and European interests.

Around the same time, the rapid expansion of cell phones, laptops, and video-gaming consoles was driving a spectacular increase in the price of tin, tantalum, tungsten, and gold – all of which are plentiful in the DRC. This new source of consumer demand generated yet another cycle of violent looting, culminating in the deadliest war since WWII. This time, Rwanda and Uganda led the plunder while multinational corporations profited. More than five million people perished. Renewed support for militia groups by Rwanda and Uganda has led to a recent spike in violence in eastern Congo, and to the possible resumption of war between the DRC and Rwanda.

Now, the expanding electric-vehicle industry is stoking global demand for cobalt and copper (key ingredients in lithium-ion batteries), raising new concerns about corruption, mine safety, and child labor issues in the Congo’s vast mines. The DRC produces two-thirds of the world’s cobalt, and China has become the major player in this latest feeding frenzy. Making matters worse, the DRC government is now auctioning oil and gas blocks in tropical peatlands that house massive carbon deposits, contributing to global warming and creating another huge looting opportunity.

Because profits throughout the corruption-ridden supply chain transit through banks based in the US and Europe, there is now finally an opportunity to impose accountability on the beneficiaries of the DRC’s looting machine.

Moreover, there are signs that governments and law-enforcement authorities are finally taking the issue seriously. In late March, the US Department of the Treasury sanctioned Belgian gold dealer Alain Goetz and his global network of companies, alleging that he has “contributed to armed conflict [in eastern DRC] by receiving DRC gold without questioning its origin.” And this move comes on the heels of the Treasury Department’s multiyear sanctions campaign targeting mining tycoon Dan Gertler, who has “used his close friendship with former DRC President Joseph Kabila to act as a middleman for mining asset sales in the DRC.”

These sanctions are the most direct attempt in 500 years to ensure accountability for looting in the Congo. And there is evidence that these kinds of sanctions can work: The measures taken against the Gertler network helped dissuade Kabila from running for an unconstitutional third term.

Looking ahead, the US, the European Union, the United Kingdom, and others interested in protecting Congolese human rights and promoting good governance should continue escalating the pressure on influential figures in the looting system, bringing similar pressure to bear not just on their companies but also on the foreign entities that benefit from corruption and money laundering. Blinken’s trip provides a real opportunity to move that agenda forward.

The return of Lumumba’s tooth is a reminder that there are complex historical reasons why the DRC suffers from massive corruption, conflict, and state capture. In the absence of biting consequences for systemic looting, it is hard to imagine how the DRC’s election in 2023 can be made credible, how efforts to implement governance reforms can succeed, or how the misery of the Congolese people can be alleviated. Billions of stolen dollars are pouring out of the country while billions of aid dollars flow in to clean up the humanitarian mess. This will continue until the kleptocratic system that profits from the DRC is fully dismantled.

John Prendergast is Co-Founder of The Sentry and the co-author (with Fidel Bafilemba) of Congo Stories.

Project Syndicate produces and delivers original, high-quality commentaries to a global audience. Featuring exclusive contributions by prominent political leaders, policymakers, scholars, business leaders, and civic activists from around the world, we provide news media and their readers with cutting-edge analysis and insight, regardless of ability to pay. Our membership includes over 500 media outlets – more than half of which receive our commentaries for free or at subsidized rates – in 158 countries. Subscribe.