The Myth of the Good Trump Official

A central theme of the Jan. 6 hearings has been Republican redemption. A parade of Republican witnesses has testified to being pushed beyond the limits of their loyalty to Donald Trump. 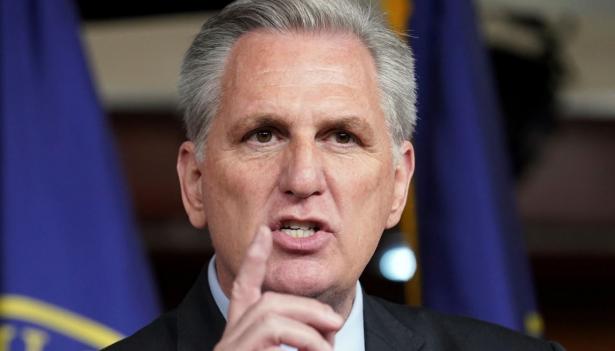 For some, the breaking point came when he tried to enlist them in a scheme to overturn state elections. Others revolted at the former president’s attempts to corrupt the Justice Department, or at his role in inciting an insurrection. A rioter, awakened to Trump’s lies, testified about being misled; in a poignant moment after the seventh hearing, he apologized to the Capitol Police.

Republican Representative Liz Cheney, the Jan. 6 committee’s vice chair, has been perhaps its most prominent voice. At Thursday’s prime-time hearing, the last until September, she painted die-hard believers in Trump’s big lie as noble victims. “Donald Trump knows that millions of Americans who supported him would stand up and defend our nation were it threatened,” said Cheney. “They would put their lives and their freedom at stake to protect her. And he is preying on their patriotism. He is preying on their sense of justice. And on Jan. 6, Donald Trump turned their love of country into a weapon against our Capitol and our Constitution.”

It is a sign of the committee Democrats’ love of country that they have allowed the hearings to proceed this way. They are crafting a story about Jan. 6 as a battle between Republican heroism and Republican villainy. It seems intended to create a permission structure for Trump supporters to move on without having to disavow everything they loved about his presidency, or to admit that Jan. 6 was the logical culmination of his sadistic politics.

IIf you believe, as I do, that Trump’s sociopathy makes him a unique threat to this country’s future, it makes sense to try to lure Republicans away from him rather than damn them for their complicity. There is a difference, however, between a smart narrative and an accurate one. In truth, you can’t cleave Trump and his most shameless antidemocratic enablers off from the rest of the Republican Party, because the party has been remade in his image. Plenty of ex-Trump officials have come off well in the hearings, including the former deputy national security adviser Matthew Pottinger, the former acting attorney general Jeffrey Rosen and, in video testimony, the former White House counsel Pat Cipollone. That shouldn’t erase the ignominy of having served Trump in the first place.

I have a lot of respect for Cheney, who is likely sacrificing her future in Republican politics in her attempt to hold Trump accountable, and for the bravery of witnesses like Cassidy Hutchinson, who testified despite the Trump camp’s reported attempt to intimidate her. But whatever they say now, the witnesses who worked for Trump enabled his mounting authoritarianism. Each contributed, in his or her own way, not just to Jan. 6, but also to eroding our democracy so that Jan. 6 may be just a prequel. Each helped bring us to a point where, according to a recent survey, more than half of Americans believe a civil war will erupt in the United States in the near future.

“It was a privilege to serve in the White House,” Pottinger said during his testimony on Thursday. “I’m also very proud of President Trump’s foreign policy accomplishments.”

Pottinger worked for the Trump administration from its beginning until Jan. 7, 2021. He was one of many who didn’t resign over Trump’s defense of the rioters in Charlottesville, Va., his attempted extortion of President Volodymyr Zelensky of Ukraine or his claims to have won an election he clearly lost, to cite just a few milestones. During Pottinger’s testimony, he said that Jan. 6 “emboldened our enemies by helping give them ammunition to feed a narrative that our system of government doesn’t work, that the United States is in decline.” But there’s no way to separate that from the rest of Trump’s legacy, or from Pottinger’s own. He shouldn’t be proud.

One of the few Trumpists who seems to have really reckoned with what she participated in is Stephanie Grisham, who is Trump’s former press secretary, though she never held a news conference. “I don’t think I can rebrand; I think this will follow me forever,” she told New York magazine’s Olivia Nuzzi last year. “I believe that I was part of something unusually evil.”

They all were, everyone who kept that catastrophic administration functioning at a minimal level while Trump built the cult of personality that made Jan. 6 possible. It’s important to remember their culpability because Trump is probably going to run for president again, and he could win. If he does, Republicans who like to think of themselves as good people, who don’t want to spend their lives in the right-wing fever swamps, will be faced with the question of whether to serve him. They will see the former Trump officials who were able to rebrand despite sticking with him almost to the end, and they might think there’s not much to lose.

In his bracing book, “Why We Did It: A Travelogue From the Republican Road to Hell,” Tim Miller, a former Republican National Committee spokesman, tries to understand why friends and associates who once hated Trump eventually submitted to him. “There were thousands of people who at some level complied with Trump who weighed the costs,” he wrote. “Who knew the dangers,” who might have chosen a different path if “they could have imagined a different, more fulfilling future for themselves.” The Jan. 6 committee is trying, against the suck of Trump’s dark gravity, to point the way to such a future. To do that, it has been liberal with absolution. That doesn’t mean absolution is deserved.

[Michelle Goldberg has been an Opinion columnist since 2017. She is the author of several books about politics, religion and women’s rights, and was part of a team that won a Pulitzer Prize for public service in 2018 for reporting on workplace sexual harassment. @michelleinbklyn]