Omar to Democrats: ‘Let’s Give Working Folks a Reason To Turn Out To Vote for Us’

"For every moderate suburban Republican, there are line cooks, homeworkers, dishwashers, cashiers, farmworkers who would vote a straight Democratic ticket if they were given a reason to."

August 22, 2022 Jessica Corbett Common Dreams
Printer friendly
Omar to Democrats: ‘Let’s Give Working Folks a Reason To Turn Out To Vote for Us’ Published August 22, 2022 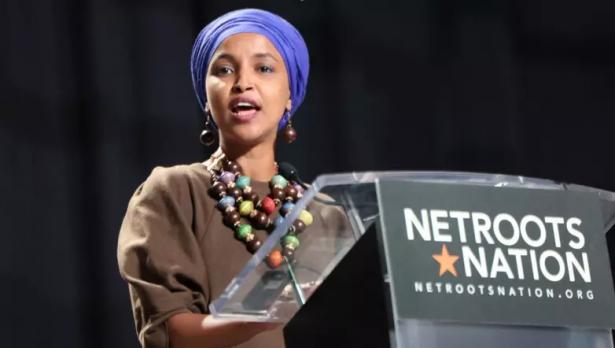 The Minnesota Democrat's 11-minute address in Pittsburgh wrapped up a session about the upcoming midterm elections titled, "On to November: How We Win and Save Democracy."

Omar celebrated recent victories, stating that "our movement is at a watershed moment. Over the past several years, we've seen the biggest resurgence of progressive organizing and movement-building in our lifetimes."

"Across the country young people are reviving the labor movement," she said, noting unionization efforts by Amazon, Google, Starbucks, and Trader Joe's workers. "We have taken on some of the biggest, wealthiest multinational corporations in the world—and we are winning."

"I'm proud that workers in my office led a movement to unionize the staff of the United States Congress and we are just getting started," Omar said. "But friends, it is not just unions."

The Somali-born congresswoman cited her youth in a refugee camp, her historic election to Congress, and the campaigns and wins of other diverse, progressive candidates despite well-funded efforts to defeat them.

"The reality is none of these things would be possible without a massive, vocal, organized progressive movement driving the narrative and pushing for change," Omar said. "Because I know this: when you show up, it gives us the power to organize the base and to work to push for change on the inside."

I want to be clear about something else: We cannot take any of that for granted now. It is when you start to get comfortable that your opponents strike—and I know this very well. We have to be alert. We have to protect our victories as vigorously as we fight for them, because we cannot build on those wins if they are rolled back.

Labor rights, abortion rights, criminal justice reform, even the very survival of our democracy is being threatened at this moment. We are up against forces that are willing to suppress the vote, overturn election results, and literally commit treason against our country to get their way. We are up against corporate donors, landlords, and war profiteers spending millions of dollars to take out progressive members of Congress.

"The only way to protect our wins is with a massive, historic voter turnout," Omar argued. "We cannot go after the same tiny slices of swing voters we go after election after election—using the same poll-tested talking points we use every election. We cannot assume that the politics of transaction will turn out the votes when Americans are longing for the politics of transformation."

"These are the people the Democratic Party should stand for," she argued, adding that "we cannot rely on" the likes of outgoing Rep. Liz Cheney (R-Wyo.) or Manchin "to save us."

Instead, "we need to elevate people who have fluency in the day-to-day struggles of the people they seek to represent," Omar asserted. "For every moderate suburban Republican there are line cooks, homeworkers, dishwashers, cashiers, farmworkers who would vote a straight Democratic ticket if they were given a reason to."

"Progressives win when turnout is high and we lose when turnout is low," she noted. "So this election, we cannot let fear defeat us. Let us focus on those who don't have a voice and who will support our boldest, most endearing ideas as a party."

The Common Dreams media model is different. We cover the news that matters to the 99%. Our mission? To inform. To inspire. To ignite change for the common good. How? Nonprofit. Independent. Reader-supported. Free to read. Free to republish. Free to share. With no advertising. No paywalls. No selling of your data. Thousands of small donations fund our newsroom and allow us to continue publishing. Can you chip in? We can't do it without you. Thank you. DONATE NOW