Look Out: How the GOP’s Newest Anti-Voting Scam Works

Purging Democratic voters from the rolls has now gone nationwide, at least in states where voting is controlled by Republicans 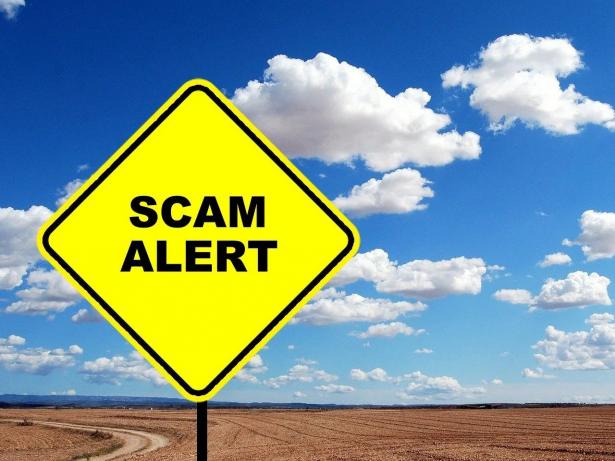 Image by Vkastro from Pixabay

Get ready. If you’re a Democratic voter, there’s a chance you’ll show up to vote this November and discover you can’t because you’re no longer registered. Millions will be blindsided this way, and it could turn elections toward Republicans across the nation.

America hates GOP policies of banning abortion, gifting the morbidly rich with trillions in tax cuts, denying climate change and blocking any remedies to it, and filling our cities with guns. So, Republicans know, the only way they can win in many places is to simply prevent people from voting.

As Heritage Foundation co-founder Paul Weyrich said back in 1980, “Quite frankly, our leverage in the elections goes up as the voting populace goes down.“

Thus, Republicans are coming for your vote with a ferocity not seen since Southern efforts during Reconstruction. In addition to their hundreds of new laws and rules having to do with voter ID, moving or closing polling places, and gutting people’s ability to get absentee ballots, they’ve adopted poll-scrubbing tactics that have already shown they can cut Democratic votes and hand elections to Republicans.

They’re doing it with a new sophistication, going way beyond simply requiring voters to count jellybeans or recite the Constitution verbatim. Now, with a big boost from five Republicans on the Supreme Court, they’re using the scientific method to prevent Democratic-leaning citizens from voting.

Here’s how newest scam works, in a nutshell.

People who lose pay when they take time off work — largely working-class and working-poor people — are less likely to vote every cycle, particularly in elections that don’t seem crucial like midterm elections.  After all, it costs them money to take time off work to vote and over a century of white people imposing poll taxes on Black people proved that making voting expensive reduces voter turnout among working-class people.

Forcing people to pay to vote is called a poll tax. It should be illegal, but Sam Alito and four other corrupt Republicans on the Supreme Court recently gave a new way of preventing working people from voting their seal of approval. It is, arguably, a new type of poll tax because it almost exclusively hits working-class and poor people.

Poll taxes became a big thing in the wake of the collapse of Reconstruction in the 1880s, with most states that used them offering an “exception” to the tax for anybody who “declared” that their ancestors had voted before the Civil War. Because prior to the Civil War the voting populace was 100% white in the South, the effect of that exception was that the poll tax fell entirely on the newly-enfranchised Black voters.

If only we could bring back the poll tax, Republicans thought, things would be good! After all, it was only abolished with the passage of the 24th Amendment in 1964 and 5 southern states continued to use poll taxes against Black voters until the new amendment was tested before the Supreme Court in 1966.

If they could only figure out a way to use the “cost of voting” borne by working-class people to keep them from voting or — even better! — kick them off the voting rolls altogether, Republicans could more easily win elections.

One of their previous strategies to suppress the vote of poor and working-class people had been to put so few voting machines and polling places in Black and predominately-Democratic voting precincts that lines to vote could run two, three, or even ten hours long. It was successful for years in cutting back poor and working-class voting participation.

But over the last decade or two there’s been a lot of push-back against this widespread practice as those long lines were getting publicity; there had to be a way to pull it off that was less visible, less likely to be called out, less likely to arouse outrage in the media.

But what would that be, and how to pull it off?

The answer, it turns out, was simple and elegant.

Ohio Republican Secretary of State John Husted figured out the magic formula and took it all the way to the Supreme Court in 2018, where 5 corrupt Republicans gave it their seal of approval (in defiance of federal law — the National Voter Registration Act of 1993 — and the 24th Amendment).

Husted knew that people paid by the hour were both more likely to be Democratic voters and, because voting cost them money, were less likely to vote in every election.

So, he reasoned, if he could simply use the failure to vote in previous elections as the trigger to purge those working-class citizens from the voting rolls, everything would work out better for Republicans because it would mostly trap working-class and poor people.

After all, people who are paid salaries — and, thus, don’t lose pay when they take time off to vote — tend to vote in every election; it’s a habit in part because it’s cost-free. And those salaried people are more likely to be upper-middle class white people, who make up the voting base of the Republican Party.

As noted at Debt.org:

“Republican candidates gain a significantly higher percentage of votes from individuals with incomes over $50,000 per year, and the advantage increases along with the income level, to a height of 63 percent of individuals earning $200,000 or more a year supporting Republicans.

“This level is the direct inverse of individuals earning less than $15,000 a year, who support Democrats at 63 percent and Republicans at only 36 percent.”

It’s also a safe bet that the vast majority of those earning more than $200,000 a year — and a good-sized chunk of people earning over $50,000 a year — are paid salaries, so it costs them nothing to take time off work to vote.

So, Husted proposed, let’s just target and purge from the voting rolls all those people who are intermittent voters; after all, they’re more likely to be Democrats.  Leave the salaried people who vote in every election alone; they’re reliable Republican voters.

To give a patina of legitimacy to this naked attempt to purge Ohio’s voting rolls of Democratic voters, he added a second touch, borrowed from the old GOP strategy of “caging.”

This strategy goes back 40+ years. In the first year of the Reagan administration, the RNC began an aggressive “caging” program to remove Black people from the voter rolls nationwide.

They did it by sending junk-mail-looking letters into Black neighborhoods asking for address verification, and when the letters weren’t returned they’d strip those people from the rolls.

This process of isolating “undesirable” voters is called “voter caging.”

As The Washington Post noted on October 29, 2004 a week before the Bush/Kerry election:

“In 1981, the Republican National Committee sent letters to predominantly black neighborhoods in New Jersey, and when 45,000 letters were returned as undeliverable, the committee compiled a challenge list to remove those voters from the rolls. …

“In 1986, the RNC tried to have 31,000 voters, most of them Black, removed from the rolls in Louisiana when a party mailer was returned. …

“Undeliverable mail is the basis for this year’s challenges in Ohio. Republicans also sent mail to about 130,000 voters in Philadelphia, another heavily Black and Democratic stronghold.”

This is called caging, a term that comes out of the junk-mail business where address-unknown mail returned by the Post Office was put in a separate physical “cage” in the mailing warehouse so those names could be removed from the mailing lists to avoid paying postage to them in the future.

Applied to voting, it simply involves purging or removing people from the voting rolls when they fail to return the above-mentioned letters or postcards or they’re returned as undeliverable.

Karl Rove and his protégé, Timothy Griffin, were apparently heavily involved in caging efforts in Ohio in 2004, although when Congress tried to look into it President Bush invoked Executive Privilege and shut down the investigation, as noted by the William Mitchell Law Review in 2008.

Because of all the noise around the 2004 election and Rove’s alleged caging efforts, Husted reinvented it in a new and highly selective fashion that he thought would gain approval from the 5 Republicans on the Supreme Court:

Start with the addresses of those voters who’d failed to vote in previous (typically midterm) elections, and send the caging letters only to them, using the excuse that Ohio was “just trying to verify that they hadn’t moved.”

Using this strategy and others, as the Brennan Center for Justice noted, Republicans purged over 17 million Americans from voting rolls nationwide just between 2016 and 2018.

The last time Brian Kemp faced Stacey Abrams for governor of Georgia, for example, he purged 107,000 people off the voting rolls just prior to the election, all of them registered voters who failed to return a caging card.

He “won” by 50,000 votes, and is repeating his efforts again this year through his Secretary of State, Brad Raffensperger (whose name, ironically, is correctly pronounced “Raff–ens–purger”).

Raffensperger recently sent caging letters to 185,666 Georgians while Stacey Abrams is frantically trying to get 100,000 voters registered to make up for the purges.

“It has been estimated that 24 million voter registrations in the United States—about one in eight—are either invalid or significantly inaccurate. And about 2.75 million people are said to be registered to vote in more than one State.”

It’s a completely empty argument because those numbers, while accurate, don’t mean that any of those inaccurate, invalid, or duplicate voter registrations are ever used.

It’s rare that people who move from state to state bother to notify the Secretary of State of the state they left that they no longer live there, so of course there are many Americans registered to vote in multiple states or at wrong addresses.

In the past 45 years, I’ve moved from Michigan to New Hampshire to Germany to Georgia to Vermont to Oregon to Washington DC and back to Oregon. I’ve never notified anybody that I’d left the state I moved from. And there’s nothing wrong with that: it’s normal.

Most people do the same as me, and that doesn’t mean any of them are fraudulently voting: this is a “problem” that does not need a solution. States generally remove people from voting rolls when drivers’ licenses expire and are not renewed, or people stop paying state income taxes. It’s slightly slower, but works just fine.

Nonetheless, Alito thought it was a fine excuse to give the legal endorsement to Republican voter purging on an industrial scale.

In her dissent, Justice Sotomayor wrote:

“It is unsurprising in light of the history of such purge programs that numerous amici report that the Supplemental Process has disproportionately affected minority, low-income, disabled, and veteran voters.

“As one example, amici point to an investigation that revealed that in Hamilton County, ‘African-American-majority neighborhoods in downtown Cincinnati had 10% of their voters removed due to inactivity’ since 2012, as compared to only 4% of voters in a suburban, majority-white neighborhood.”

But the five Republicans on the Court prevailed, and Ohio’s purger-in-chief John Husted hailed his victory and this new way of purging Democratic-leaning voters as a “model for other [Republican] states” to follow.

Purging Democratic voters from the rolls has now gone nationwide, at least in states where voting is controlled by Republicans.

Greg Palast estimates there will be at least 4 million fully legal and appropriately registered voters purged just this year, although the history Pew documented from 2016-1018 suggests the number may be over ten million.

Thus, it’s critical this year to check your voter registration to make sure you haven’t already become a victim of this vicious new scheme that five Republicans on the Supreme Court have recently legalized.