This book situates the climate crisis in a socioeconomic context, showing, writes reviewer Chen, how events like big wildfires are "important signifiers of an unfolding global calamity that urges the public to challenge the status quo." 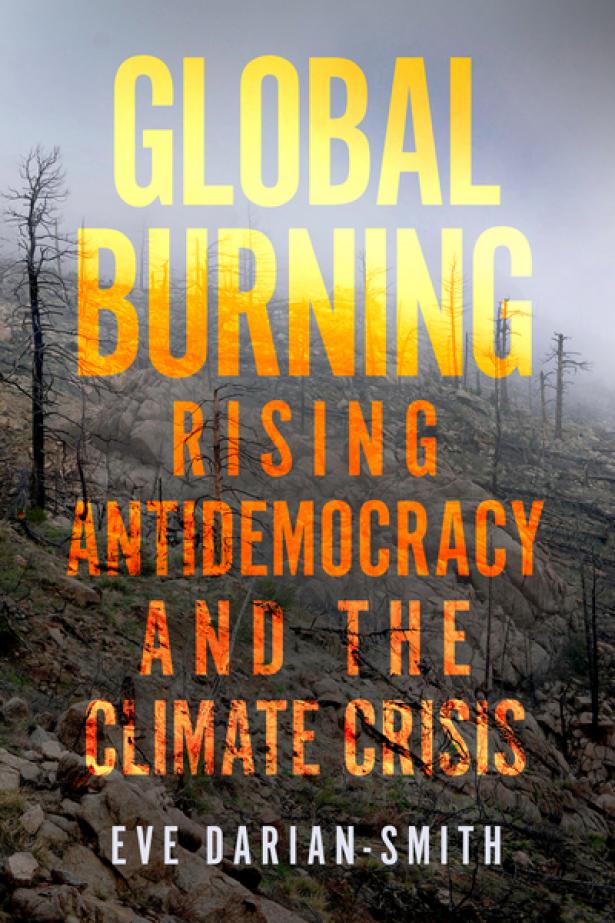 In recent years, catastrophic wildfires, as evidenced by viral video clips depicting burning forests, billowing smoke and evacuees, have sparked growing public concern around the globe. What are the causes and consequences of this environmental crisis and what can be done to prevent it? These are the main subjects addressed in Eve Darian-Smith’s Global Burning, a book that connects wildfires to the broader economic, social and political issues underlying climate change. Through theoretically grounded reflections on the intersections of wildfire, climate change and capitalism, Darian-Smith emphasises how out-of-control wildfires have become important signifiers of an unfolding global calamity that urges the public to challenge the status quo.

The book’s theoretical framework is outlined in Chapter One, ‘Fire as Omen’, which also introduces the cases examined in the following chapters — namely, the wildfires in California, Australia and Brazil. Wildfires are particularly violent and terrifying threats to people because of their immediate danger, which contrasts sharply with the ‘slow violence’ of many other environmental disasters. The devastating impacts of wildfires ‘underscore people’s vulnerabilities and total dependence on others for water, shelter, and the basics of survival’ (3).

Although wildfires appear to burn without discrimination, they impact low-income, marginalised and racialised communities far more than others. Accordingly, Darian-Smith argues that wildfires, like the ongoing COVID-19 pandemic, need to be studied from the perspective of systemic injustice. This leads to the following chapters’ critical inquiry into ecologically destructive industries and their political allies (mostly ultranationalist, antidemocratic and male leaders) and how their policies are responsible for the upswing in catastrophic wildfires.

Chapter Two, ‘Fire as Profit’, elaborates the connection between climate change and capitalism’s exploitation and extraction of natural resources. This chapter’s central argument is that the economic system is increasingly seizing control of the political system in accordance with the prevailing neoliberal logic of late capitalism. As a result, there is an intensifying shift of power from democratically-based state institutions to corporations. To substantiate this argument, Darian-Smith discusses the cases of PG&E (an investor-owned public utility company) in California, the mining industry in Australia and the agribusiness industry in Brazil, linking their reckless pursuit of profit to massive wildfire devastation. These cases collectively underscore ‘the violence, callousness, greed, shortsightedness, and deliberate ignorance in denying climate science by those involved in extractive capitalism’ (66).

Given the book’s analytical focus on wildfires, Darian-Smith pays special attention to anti-environmentalism, a direct consequence of the convergence of free-market authoritarianism, extractive capitalism and extreme-right political actors. Empirically, this chapter focuses primarily on the United States under the Donald Trump administration. By deregulating environmental protections and politicising climate change, Trump’s presidency exemplifies how the global drift toward antidemocracy paves the way for extractive capitalism to continue, ignoring climate science consensus and global environmental injustice.

Further details of what has been brought about by the increasing collaboration between extractive corporations and authoritarian leaders are discussed in Chapter Four, ‘Fire as Death’. This chapter considers violent environmental racism as both a tool and consequence of free-market authoritarianism. What distinguishes contemporary environmental racism from earlier historical periods is the extensive use of military force by far-right leaders against their own citizens to secure land grabs and defend the toxic practices of extractive industries. As evidence, Darian-Smith discusses the plight of Indigenous peoples in Australia and Brazil as well as the danger posed by wildfires to racialised immigrants in California. These cases are ‘indicators of deep structural injustices that impose the heaviest toll on those least able to bear the burden’ (122).

Chapter Five, ‘Fire as Disruption’, concludes by reflecting on the proliferation of environmental movements in response to the destruction caused by wildfires. Darian-Smith argues that resolving catastrophic wildfires requires us to not only think about fires (their causes, effects and solutions), but also think with and through fires. This demands that we adopt alternative conceptual frameworks that deconstruct the human/nature divide and ‘move beyond framing environmental crises in ways that speak to bankers, financiers, CEOs, and their authoritarian political partners’ (133).

Global Burning offers a timely examination of the economic, social and political roots of wildfires. It is thought-provoking, especially considering how ubiquitous extreme weather events have become. Even though the book’s key messages can be found elsewhere (for example, in Ending Fossil Fuels by Holly Jean Buck and Planet on Fire by Mathew Lawrence and Laurie Laybourn-Langton), the concept of ‘thinking through fire’ is of critical importance because it highlights how the status quo of global capitalism is economically and socially unsustainable. While some may criticise the absence of policy prescriptions or strategies for wildfire prevention in the book, I believe this highlights the inconvenient reality of climate change mitigation: there will be no magic solution until the world collectively embraces a fundamental rethinking of human-nature relations and life beyond capitalism.