The Nuclear Site That Can’t Be Cleaned Up

‘Atomic Days: The Untold Story of the Most Toxic Place in America’ exposes the story of a Washington state complex that poses dangers that—like the nuclear industry itself—cannot be contained. 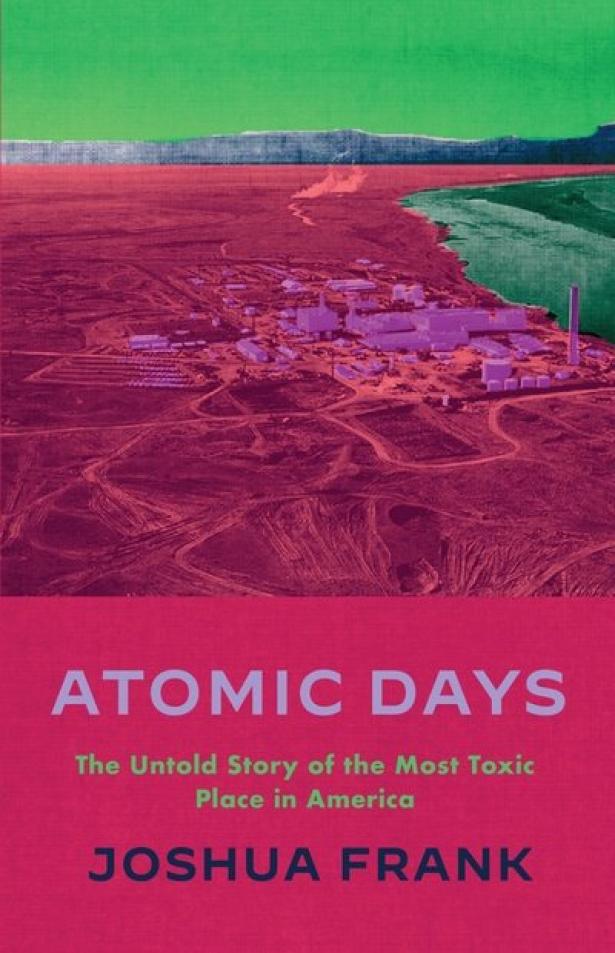 In what I consider to be something between coincidence and synchronicity, I began reading journalist Joshua Frank’s newest book on the dangers of the Hanford Nuclear Reservation, Atomic Days: The Untold Story of the Most Toxic Place in America, the day after the California state legislature extended the Diablo Canyon Nuclear Power Plant’s license to operate for another five years.

Back in 1981, I spent a few days in jail for protesting the opening of the Diablo plant as part of a direct action initiative called by the Abalone Alliance, an anti-nuclear advocacy group. We were reasonably concerned about the dangers it could pose: For starters, it was built on an earthquake fault. Then there’s the question of nuclear waste disposal, the impacts these sites have on the water sources, and the industry’s relationship to the building and stockpiling of nuclear weapons.

Frank’s in-depth reporting of the Hanford site illuminates similar threats to those posed by Diablo and other nuclear plants. Constructed beginning in the spring of 1943, the Washington state nuclear production complex was built to create and stockpile plutonium and purified uranium for weapons of war. The site was chosen for its remoteness and ease of access to one of North America’s great rivers, the Columbia. Empowered by the War Powers Act of 1941, the United States government took the land from residents who lived, fished, and farmed there—descendants of settlers and Indigenous people alike—and developed it to serve as a plutonium processing plant for the Manhattan Project.

Like so much of the nuclear bomb project in its early years, the construction of the Hanford site involved dangerous shortcuts. The rationale given had to do with the war engulfing the world and the United States’ rush to develop a nuclear weapon, the desire to cut costs in that development, as well as the lack of practical knowledge among the scientists and engineers involved. Naturally, like virtually every other industrial element of war-making in the United States, the bulk of the research, development, and construction of nuclear weapons, even at these early stages, was privatized.

In fact, as Frank describes in his book, the Army Corps of Engineers lieutenant general in charge of the Manhattan Project, Leslie Groves, contracted with the DuPont Corporation to find a suitable site for the processing plant that ended up in Hanford. As Frank explains, a consistent theme is the sacrificing of safety for the sake of profit. Even so, many if not most of the contracts exceeded the original contract costs by millions.

Atomic Days also discusses the cleanup of the Hanford Reservation; a process that officially began in 1989. As Frank carefully documents, not only has this cleanup been less than successful, it has often created a bigger mess than that which it was supposedly cleaning up. In addition, the way the process is being done almost guarantees cost overruns and a task that will never be complete. Much of this is traceable back to the original construction of the site, especially of the nuclear waste storage containers. Once they started leaking, the task became one of how to stop the leakage and prevent more from occurring. In response, plans were designed to create a waste treatment plant. Like so much else associated with the nuclear industry, and Hanford in particular, this led to more dangers. Once again, many of these risks could have been avoided if profit were not the primary motive.

Frank relates tales of scientists being ignored after warning management that the fixes it preferred were not workable in the long term. He writes about a culture of fear inside the project—a culture fed by the employees’ sense of allegiance to their nation and the importance of their role in defending that nation. It is this allegiance that is manipulated by corporate interests into something close to its opposite. It is also a part of the basis for employees ignoring safety protocols at their own risk and poisoning themselves and the environment surrounding Hanford. As is the case in many government and corporate cultures, whistleblowers are punished and silenced. This allegiance was not always limited to the workers inside, many residents of nearby towns refused to believe reports of radioactive material being released and accidentally leaking when the reports first came out.

As if to verify Frank’s assertions, I lived in western Washington for seven years (1985-1992) and knew very little of the dangers. With the exception of a couple friends who were scientists and antinuclear activists, most locals knew less than I did. A friend who grew up in Kennewick, Washington, a town just a few miles away from Hanford, would argue with me, convinced that the site was completely safe, even though people he knew who had worked there were diagnosed with cancer in their thirties.

The Hanford Nuclear Reservation is testament to the war machine’s inhumanity. The fact that its primary purpose was the production of an element that remains deadly poisonous to humans and other life forms for tens of thousands of years is a damning testament to the suicidal nature of too many human pursuits. In writing Atomic Days, author Joshua Frank has done a great public service. The fact that he has done so in a narrative style that is both accessible and instructive makes one hope his story will be read by many.

Ron Jacobs is a writer and journalist. His books include The Way the Wind Blew: A History of the Weather Underground and Daydream Sunset: Sixties Counterculture in the Seventies. He lives in Vermont.

Subscribe to The Progressive. Reader Supported Journalism
A voice for peace, social justice, and the common good, since 1909.