For any American who is thinking of voting Republican out of anger about inflation, here’s some advice: look before you leap 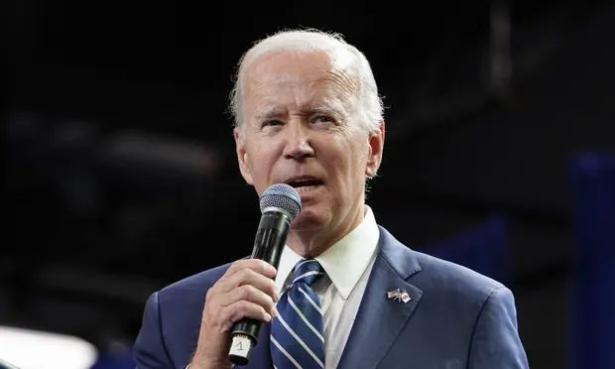 Voters are angry. America’s 8.2% inflation rate sucks and has taken a big bite out of their paycheck. And $4-a-gallon gas hurts, too.

Many Americans are angry and blame Joe Biden for today’s high inflation. Indeed, polls show that many people plan to vote for Republicans in November because they’re upset with Biden over the economy. (Unfortunately, many Americans forget that there’s been more job growth – 10 million jobs – during Biden’s first 20 months in office than during any previous president’s first 20 months.)

For any American who is thinking of voting Republican out of anger about inflation, here’s some advice: look before you leap. Republicans won’t do anything more than Biden has done to slow inflation. Indeed, they’ll probably do less. Despite the flood of GOP ads attacking Biden over inflation, Republicans haven’t put forward any proposals about how they would slow inflation. They talk of their plan to make Trump’s tax cuts permanent for the rich and big corporations, but that won’t do anything to reduce inflation. (By the way, inflation has been higher in many other countries – in Britain, it’s 8.8%, and in Germany, it’s 10.0% – so it’s ridiculous to suggest inflation is all Joe Biden’s fault.)

There’s another reason voters should look before they leap. Republican lawmakers actually support several policies that will increase inflation. Republicans have vowed to repeal the Biden-backed law that lets Medicare negotiate lower prescription drug prices, a law that will reduce inflation for nearly 63 million Americans on Medicare. Congressional Republicans were so eager to help big pharma instead of inflation-battered Americans that they blocked Biden from setting a $35-a-month price cap on insulin. That means higher prices – and inflation – for Americans with diabetes. Republicans are also intent on repealing Obamacare, which would push up healthcare prices for many Americans.

Republicans have vowed to take numerous other steps that would make it harder for tens of millions of Americans to cope with inflation. Republicans are threatening to create a debt ceiling crisis to shut down the government unless Biden surrenders to GOP demands to cut social security and Medicare. Many Republicans say social security and Medicare are far too generous, and their plans to cut those programs will further squeeze millions of older Americans who are already badly squeezed by inflation.

Republicans are also pushing an idea that will make it harder for millions of young Americans to deal with inflation. Through lawsuits and other means, GOP lawmakers to pushing to overturn Biden’s student loan forgiveness plan, which will forgive $10,000 or $20,000 in student debt for 40 million Americans. Not only that, Republicans have hurt many parents’ ability to cope with inflation by blocking Biden’s plan to expand childcare subsidies for families with young children.

Biden has also taken on the oil industry giants, calling on them to roll back gasoline prices as they make obscenely high profits, even as inflation pummels consumers. It’s hard to imagine that Republicans, with their big donations from big oil, would criticize their fossil fuel friends about their exorbitant profits.

Many angry voters will argue that we should of course blame Biden for today’s inflation because, as Harry Truman said, “the buck stops here,” meaning the Oval Office. But let’s be honest, Biden is hardly to blame for inflation. Despite what Republicans say, if any president should be blamed for high inflation, it’s President Putin. Putin’s war against Ukraine, a major agricultural exporter, has pushed up prices for wheat and many other foods worldwide. Putin’s war has also caused oil and gas prices to soar.

The pandemic has caused huge supply chain disruptions that are a second big factor behind inflation. China has locked down thousands of factories, causing shortages of furniture, appliances and many other products, and that has pushed up prices. China’s lockdowns have caused a severe shortage of computer chips that American automakers rely on – that has reduced car production and jacked up auto prices. These supply chain problems aren’t Biden’s fault.

There’s a third major, often unappreciated factor fueling inflation: many US corporations have exploited the inflationary environment by aggressively increasing their prices and profit margins. Exxon’s second-quarter profits soared to $17.9bn, more than triple what it earned in last year’s second quarter, while Chevron’s earnings also more than tripled, to $11.6bn. The Economic Policy Institute, a progressive thinktank, found that roughly 40% of the recent inflation in the US can be attributed to fatter corporate profit margins. Maybe Republican TV ads should be attacking corporate greed rather than Joe Biden.

I’m not saying Biden is blameless. Like Donald Trump, he sponsored a badly needed program of checks to US households to help Americans get through the pandemic. Those checks increased consumer demand and pushed up prices somewhat, but not nearly as much as Putin’s war against Ukraine, supply chain disruptions or corporations fattening their profit margins.

Americans who plan to vote Republican because they’re angry about inflation are deluding themselves if they think Republicans will do anything to reduce inflation. For the past four decades, the Republican party’s economic policy has focused on one thing and one thing alone: cutting taxes on corporations and the wealthy. If you care about cutting taxes on the rich, then vote Republican, but if you seriously care about fighting inflation, Republicans will do zilch about that – other than saying you should blame Biden and the Democrats.

People who vote Republican out of anger about inflation could end up hurting themselves economically. With Republicans in power, there will be cuts in social security and Medicare, higher drug prices, higher healthcare prices, no student loan forgiveness, and less government aid for childcare. Moreover, Republicans oppose increasing the minimum wage and want to weaken labor unions.

With the Federal Reserve aggressively raising interest rates, inflation will no doubt be tamed in a year or two, regardless of whether Republicans or Democrats are in power. But with many Republican candidates indicating that they won’t honor election results – and majority rule – if Democrats win, our democracy could be fatally weakened if Republicans prevail in November. High inflation will be gone in a year or two, but if we lose our democracy, we won’t get it back anytime soon.

Steven Greenhouse, a senior fellow at the Century Foundation, is a longtime American labor and workplace journalist and writer. He is author of Beaten Down, Worked Up: The Past, Present, and Future of American Labor.

In recent polls, American voters ranked “threats to democracy” among the most important issues facing the country. At a time of climate collapse, inflation and a pandemic, this speaks powerfully to the fragility of America’s fundamental rights and freedoms.