The right-wing media empire, and other reports on the private and public uses of tech power 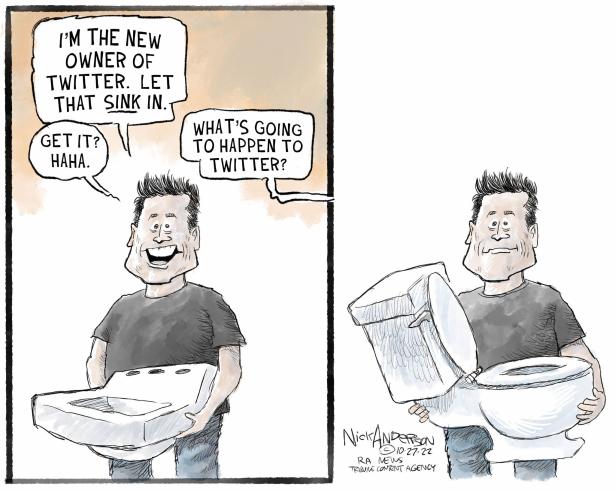 The Future of Twitter
By Hamilton Nolan
The Guardian

Musk probably bought Twitter for the same reason billionaires throughout history have become press barons: to try to control the conversation.

Alphabet, Amazon, Meta and Microsoft combined lost over $350 billion in market cap this week. Forecasts were particularly gloomy for Meta and Amazon, as the economic slowdown punishes the former high flyers.

100 Years of the Beeb
By Mark Perryman
Labour Hub

For some, the BBC is a century old voice of the establishment. For others a cabal of the woke. But as Raymond Williams sought to teach us, “culture is ordinary.” Thus, for most, rather than simply via the news, it is in the nooks and crannies of children’s TV, soaps and celebrity-led reality TV and comedy that ideas are formed, dismantled, remade.

The relentless severity of the unfolding climate crisis has become impossible to ignore. Audiences have started paying closer attention, spurring the best newsrooms to supply more reporting that meets the urgency of the moment.

The rise of social media helped us learn about facts on the ground, and now podcasts can be used in much the same way. So welcome to the wonderful world of English-language podcasts on Palestine.

A report reveals the ongoing failures of Meta, TikTok, Twitter and YouTube to curb the spread of election disinformation and extremism across their networks.

Police departments from New York to Los Angeles are growing increasingly concerned about car thefts — which are spiking because of a vulnerability in earlier Kia models that has been shared widely in social media videos, outlining exactly how to steal the vehicles in seconds.