How Did MLB Get to Point Where No African American Players on a World Series Roster Isn’t a Surprise to Many?

"I don't think that's something that baseball should really be proud of. It looks bad," Astros manager Dusty Baker Jr. told the Associated Press. "It lets people know that it didn't take a year or even a decade to get to this point."

November 3, 2022 Shalise Manza Young Yahoo Sports
Printer friendly
How Did MLB Get to Point Where No African American Players on a World Series Roster Isn’t a Surprise to Many? Published November 3, 2022 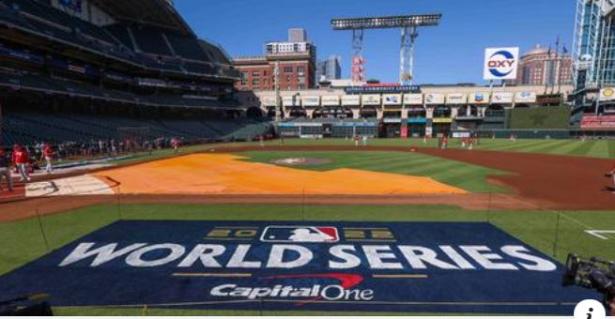 Before the first batter toes the dirt in Houston for Game 1 of the World Series on Friday night, Major League Baseball will have recorded an ignominious bit of history: for the first time since 1950, there likely won't be a single American-born Black player on either roster.

"I don't think that's something that baseball should really be proud of. It looks bad," Astros manager Dusty Baker Jr. told the Associated Press. "It lets people know that it didn't take a year or even a decade to get to this point."

For Philadelphia especially, it's a stark change from the last time the Phillies were in the World Series in 2008, when they won with two Black, MVP-winning infielders in Jimmy Rollins and Ryan Howard.

Fifty-two players for the Astros and Phillies. Not a single one of African American heritage.

For a league that annually celebrates Jackie Robinson, who became the first Black player in the sport's modern era in 1947, it's not a good look. But should it be a surprise?

On opening day this year, 7.2 percent of players on rosters were North American-born Black men. Given their decline in numbers in the sport over the past few decades — the Society for American Baseball Research says the peak, in 1981, was 19 percent — as well as the realities of how the MLB sausage is made now, maybe it shouldn't be.

"Baseball is a white, suburban game reinforced by foreign labor," Howard Bryant told me this week. "It's been that way for 40 years."

Bryant is a longtime chronicler of the game, first as a beat writer for the Oakland A's and New York Yankees and now as an author — four of his nine books focus on baseball — and critic. He sees structural issues as the root causes for baseball's racial nosedive when it comes to Black American players, all of them basically pointing back to economics.

For decades, MLB organizations did the work of developing young players in their system. But not long after Curt Flood won the right of free agency for players and contracts began to rise, things started to change.

Teams turned to Latin America. To this day, players born outside of the United States, U.S. territories and Canada aren't subject to the MLB draft (unless they're playing for an American college team), and while the MLB Players Association has been trying to change that, it remains a financial boon for clubs.

Every team in baseball operates an academy in the Dominican Republic, where as Bryant notes they can train and develop dozens of players for the cost of one signing bonus an American-born player would receive after being drafted. If the Boston Red Sox polish a gem at their academy in El Toro, near the Dominican's Caribbean coast, they maintain control of him for years; if they had an academy in Roxbury, still a predominantly Black neighborhood not far from Fenway Park, and developed a pitcher with a filthy slider, they could lose him to the rival Yankees in the draft once he comes of age.

(As an aside, it's becoming clear that baseball's powers that be see Dominican and other Latin American players in the same way the NFL's powers that be see Black players: good for entertainment and little more. There currently are only three Hispanic managers in MLB and two Black managers, one of whom is Baker. There are no Black or Hispanic general managers. The Detroit Tigers' Al Avila was the lone one before his firing in August.)

And Baker, like so many Black men and women in upper levels of management, was hired by the Astros in 2020 to help clean up the mess left behind by former manager A.J. Hinch and general manager Jeff Luhnow, who were fired in the wake of the team's sign-stealing scandal.

Since clubs aren't developing young American players the way they once did, the ones who get drafted are coming from the college ranks, where they're closer to a finished product. And you're certainly not going to find many Black players on NCAA rosters. According to data for the 2021 season, 6 percent of Division I players were Black, a number that dropped to 4 percent across all three divisions; even at HBCUs, teams were just over 30 percent white.

And how do many high school-aged players catch the eye of college coaches? Via club teams. Many of those have gotten so expensive, with fall ball practices and summer travel tournaments meaning families are committing to spend thousands of dollars, kids of all races and ethnicities are being priced out.

Baseball isn't the only sport with this particular problem. Youth sports in America are no longer largely casual, they've been monetized in a way that strains credulity for this writer. Kids as young as 8 or 9 are herded onto travel teams, whether that means within a county or a state, their guardians expected to sign ever-larger checks for equipment, uniforms, coaches' fees, field or ice fees and hotel rooms. It seems like the days of playing just to play are long gone.

MLB has made efforts at the grassroots level to help reverse the downward trend, last year committing up to $150 million to the Players Alliance, a group of Black current and former players, with the money going toward funding leagues, equipment, tournaments and scholarships, as well as celebrating Black baseball history. The league also has youth academies in eight cities, including New Orleans and Washington D.C., aimed at making the game more accessible.

Those initiatives may have an impact in the future. But for this year, it’s too late.