It’s corporate greed and the GOP will only make that worse. 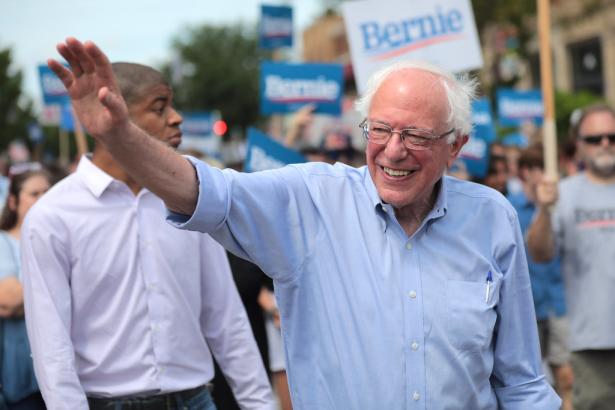 As we enter the final week of the midterm election, voters are expressing deep concern about the state of the economy and inflation. They should.

Today, we live in an economy in which the billionaires are getting much richer while working families fall further behind. Unbelievably, while 60 percent of Americans are living paycheck to paycheck, we now have more income and wealth inequality than we have ever had in the history of our country – with three multi-billionaires owning more wealth than the bottom half of Americans.  While employers squeeze workers and their unions for cuts to health care and other benefits, the CEOs of major corporations now make nearly 400 times more than their average employees – the largest employer-worker gap in our history.

During this campaign, my Republican colleagues talk a lot about inflation, and they are right to do so. Over the last year, Americans have become sick and tired of paying outrageously high prices for food, gas, health care, prescription drugs, housing and other necessities.

Unfortunately, most Republicans completely ignore the underlying causes of inflation and the few "solutions" they do offer would make a bad situation even worse.

Yes. During this political season it is easy to blame President Joe Biden and Democrats for inflation. But that’s just not accurate.

The truth is that inflation is, to a significant extent, caused by the ongoing global pandemic, the break in international supply chains and the horrific war in Ukraine. But there is another major reason for inflation that too few people talk about. And that is the unprecedented level of corporate greed that we are now seeing.

According to a recent study, nearly 54% of the rise in inflation is directly attributable to the astronomical increase in corporate profit margins. In America today, while the working class struggles to put food on the table, fill up their gas tanks and heat their homes, corporate profits are at a 70-year-high.

If you want to know why you are paying $4, $5, $6 for a gallon of gas, you should know that the profits of ExxonMobil, Chevron, BP and Shell skyrocketed by 169% so far this year to $125 billion. These four huge oil companies are spending over $73 billion not to reduce gas prices at the pump but to buy back their own stock and increase dividends to their wealthy stockholders.

If you are wondering why you are paying 43% more for an airline ticket this year, you should know that profits are up 186% at American Airlines and 99% at United Airlines in the third quarter to nearly $1.5 billion. Yes. These are the same companies that received taxpayer assistance of more than $20 billion during the pandemic while cutting 6,400 jobs.

If you are wondering why global food prices skyrocketed by over 33% last year and are expected to go up another 23% this year, you should know that billionaires in the global food and agri-business industry became $382 billion richer during the pandemic.

If you are wondering why we continue to pay, by far, the highest prices in the world for prescription drugs, you should know that Pfizer has increased its profits by 42% so far this year to $26.4 billion.

Even though inflation is an international problem, my Republican colleagues want to blame rising prices on Democratic spending – especially the $1.9 trillion American Rescue Plan passed in March 2021. Well, before you accept that argument, I urge you to remember where we were at that terrible and painful moment in American history.

As the worst pandemic in modern history raged across the country, over 3,000 Americans were dying from COVID-19 every single day and millions, including many with inadequate health insurance, were getting sick. Doctors and nurses lacked adequate personal protective equipment and many hospitals, flooded with COVID-19 patients, were on the verge of collapse.

Further, as a result of the pandemic, in early 2021 the United States was suffering its worst economic downturn since the Great Depression. Twenty-four million Americans were unemployed, under-employed or had given up looking for work. Hunger in America was at its highest level in decades. Millions of Americans were in danger of being evicted from their homes. Hundreds of thousands of small businesses all over the country were on the verge of going bankrupt.

As the chairman of the Budget Committee, I apologize to no one for helping to pass this bill in the Senate – without one Republican vote. At a time of an unprecedented health and economic crisis caused by the pandemic, the American Rescue Plan did exactly what a democratic government in a civilized society is supposed to do: respond to the needs of people living in fear and desperation.

I apologize to no one that we provided every working class American and their children with a $1,400 direct payment to get them through the economic crisis they were experiencing.

I apologize to no one that we extended unemployment benefits and provided an extra $300 a week to Americans who had lost their jobs.

I apologize to no one that we expanded the Child Tax Credit that provided $300 a month per child to working families so that parents could raise their kids with a modicum of security.

I apologize to no one that we prevented hospitals from closing their doors during the pandemic, fed the hungry, prevented evictions and foreclosures and made sure every American could receive a COVID-19 vaccine for free.

While Republicans continue to criticize the $1.9 trillion American Rescue Plan that helped struggling working class families in a time of economic desperation, it is fair to ask what they are proposing to do if they gain control over the House and the Senate? And here’s the answer.

Almost all of them, from Senate Republican leader Mitch McConnell on down, want to provide billionaires a tax break worth up to $1.75 trillion by completely repealing the estate tax.

The estate tax only applies to the wealthiest of the wealthy, the top one-tenth of one percent of American families who inherit over $25 million. In other words, 99.9% of Americans would not benefit at all from the repeal of the estate tax.

No. You don’t reduce inflation by giving tax breaks to billionaires and cutting benefits for the elderly, the sick, the children and the poor.

As the longest serving Independent in congressional history, I’m not going to tell you that Democrats are perfect. Far from it. In a Senate evenly divided 50-50, there are at least two Democrats who have made it clear that they are more interested in protecting corporate interests than the needs of working-class families. That has got to change.

Right now, more than any time in modern history, we need a Congress that has the courage to take on the wealthy campaign contributors, super-PACs, and lobbyists who work overtime in protecting the interests of billionaires and corporate interests. And that is precisely what Democrats must do if they expand their majority in the House and the Senate.

Bernie Sanders is an independent who represents Vermont in the U.S. Senate.