The Leap Second’s Time Is Up: World Votes To Stop Pausing Clocks

How, and whether, to keep atomic time in sync with Earth's rotation is still up for debate. 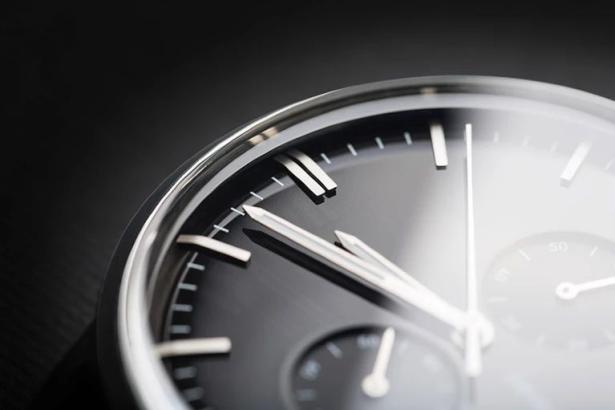 From 2035, no extra seconds will be added to bring clocks in sync with astronomical time.,Adam Smigielski/Getty

The practice of adding ‘leap seconds’ to official clocks to keep them in sync with Earth’s rotation will be put on hold from 2035, the world’s foremost metrology body has decided.

The decision was made by representatives from governments worldwide at the General Conference on Weights and Measures (CGPM) outside Paris on 18 November. It means that from 2035, or possibly earlier, astronomical time (known as UT1) will be allowed to diverge by more than one second from coordinated universal time (UTC), which is based on the steady tick of atomic clocks. Since 1972, whenever the two time systems have drifted apart by more than 0.9 seconds, a leap second has been added.

Stopping the adjustments is “a leap forward” for researchers who work on time and frequency, says Georgette Macdonald, director general of the Metrology Research Centre in Halifax, Canada. “I’m pleased their efforts got us to this moment.”

Leap seconds aren’t predictable, because they depend on to Earth’s natural rotation. They disrupt systems based on precise timekeeping, Macdonald says, and can wreak havoc in the digital age. Facebook’s parent company, Meta, and Google are among the tech companies that have called for leap seconds to be scrapped.

The CGPM — which also oversees the international system of units (SI) — has proposed that no leap second should be added for at least a century, allowing UT1 and UTC to slide out of sync by about 1 minute. But it plans to consult with other international organizations and decide by 2026 on what upper limit, if any, to put on how much they be allowed to diverge.

Representatives from Canada, the United States and France were among those at the CGPM who called for the leap second to be scrapped before 2035. But Russia, which voted against the proposal, wants to push it back to 2040 or later to deal with technical issues within its satellite-navigation system, GLONASS.

The Russian system incorporates leap seconds, while the Global Position System (GPS) and others already effectively ignore them. The decision means that Russia might need to install new satellites and ground stations, says Felicitas Arias, former director of the Time Department at the International Bureau of Weights and Measures (BIPM) in Sèvres, France.

Astronomers who rely on UT1 to align their telescopes will also need to adjust, says Elizabeth Donley, who leads the Time and Frequency division at the National Institute of Standards and Technology, in Boulder, Colorado. But the current situation is unsustainable and would continue to get worse, she adds. Different organisations handle the leap second differently (Google, for example, smears out the extra second in the 24 hours around midnight UTC). This creates an ambiguity between time sources of as much as half a second, she says, “which is huge.”

Although in the long term Earth’s rotation slows due to the pull of the Moon, a speed-up since 2020 has also made the issue more pressing, because for the first time, a leap second might need to be removed, rather than added. UTC has only ever had to slow a beat to wait for Earth, not skip ahead to catch up with it. “It's kind of being described as a Y2K issue, because it's just something that we've never had to deal with,” Donley says.

There is a chance that the International Telecommunications Union (ITU) could stymie plans to make the switch in 2035. The body effectively ceded decision making about the leap second to the CGPM in 2015, and Arias says its working group agreed with the CGPM’s proposal. But the ITU remains in control of disseminating UTC, and could argue that the time is not right to make the change, she says. “This is the thing that makes us a little bit nervous.”

Although human timepieces have been calibrated with Earth’s rotation for millennia, most people will feel little effect from the loss of the leap second. “In most countries, there is a one hour step between summertime and winter time,” says Arias. “It is much more than one second, but it doesn't affect you.”

Future metrologists might find more elegant ways than the leap second to realign UTC and UT1. At the point where the difference becomes significant, “our ability to reconcile it will be better than what our ability is right now”, says Macdonald.

Or they might not bother, Arias adds. When the difference becomes big enough, countries could permanently shift their legal time zone by one hour, she says. Or we could even decouple our sense of time from the Sun entirely, to create a single world time zone in which different countries see the Sun overhead at different times of day or night. “It could be a solution,” she says. “Science already doesn’t use local times, we talk in UTC.”

Elizabeth Gibney is a senior physics reporter at Nature. She has written for Scientific American, BBC and CERN

Nature is the foremost international weekly scientific journal in the world and is the flagship journal for Nature Portfolio. It publishes the finest peer-reviewed research in all fields of science and technology on the basis of its originality, importance, interdisciplinary interest, timeliness, accessibility, elegance and surprising conclusions. Nature publishes landmark papers, award winning news, leading comment and expert opinion on important, topical scientific news and events that enable readers to share the latest discoveries in science and evolve the discussion amongst the global scientific community. Subscribe HERE