Deep Geothermal — One Renewable Energy Source To Rule Them All? 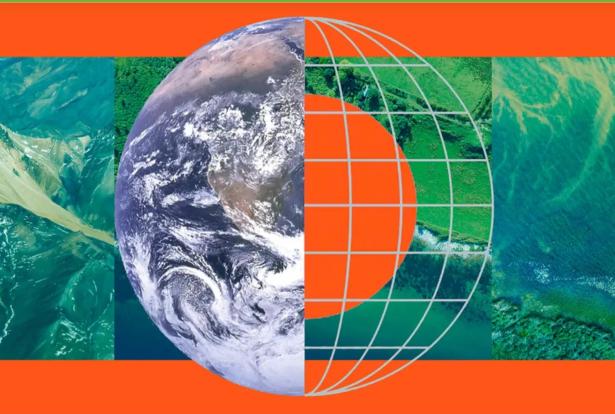 Imagine, if you will, a decommissioned coal generating station sitting cold and dark. It has a direct connection to the grid, but no electrons flow because burning coal destroys the environment. But wait! What if, by some alchemy, some magic, a supply of superheated steam that is the correct temperature and pressure to make those old turbines spin again were available? And what if that steam was heated without any carbon emissions at all by the Earth’s own geothermal energy 12 miles below the surface?

Science fiction? Not according to Paul Woskov, a research engineer at MIT’s Plasma Science and Fusion Center. For the past 14 years, he has been experimenting with a device known as a gyrotron in his research into fusion power. Woskov’s ideas have been adopted by a new MIT spinoff known as Quaise Energy.

CEO Carlos Araque tells Bloomberg, a gyrotron is “a big cousin of the microwave in your kitchen.” It operates using different frequencies than a microwave and is 1,000 times more powerful, but “It’s a fairly mature technology. We just use it for this purpose,” Araque says. What does it do? Well, I am not a physicist nor have I ever played one on TV. But the short answer is, it blasts a hole thorough just about any material you can think of, including the rock in the Earth’s crust that surrounds the mantle.

The crust is from 9 to 12 miles thick — far thicker than any conventional equipment can drill through. Below it is the Earth’s mantle, which varies from 1000º C to 3700º C. Blast a passageway to the mantle, shoot some water down the hole and bazanga! Instant, high pressure steam from a virtually inexhaustible source that could power all of humanity’s energy needs for millions of years. Are you excited yet?

Deep Geothermal Is Closer Than You Think

This new technology isn’t here yet, but it’s not as far away as you might think. “This will happen quickly once we solve the immediate engineering problems of transmitting a clean beam and having it operate at a high energy density without breakdown,” Woskov says. “It’ll go fast because the underlying technology, gyrotrons, are commercially available.”

“You could place an order with a company and have a system delivered right now — granted, these beam sources have never been used 24/7, but they are engineered to be operational for long time periods. In five or six years, I think we’ll have a plant running if we solve these engineering problems. I’m very optimistic.

“[Gyrotrons] haven’t been well publicized in the general science community, but those of us in fusion research understood they were very powerful beam sources — like lasers, but in a different frequency range. I thought, why not direct these high power beams, instead of into fusion plasma, down into rock and vaporize the hole?” Quaise has received a grant from the Department of Energy to scale up Woskov’s experiments using a larger gyrotron. With the larger machine, the team hopes to vaporize a hole 10 times the depth of Woskov’s lab experiments by the end of this year. After that, the team will vaporize a hole 10 times the depth of the previous one — what co-founder Matt Houde calls a 100-to-1 hole.

“That’s something [the DOE] is particularly interested in, because they want to address the challenges posed by material removal over those greater lengths — in other words, can we show we’re fully flushing out the rock vapors?” Houde explains. “We believe the 100-to-1 test also gives us the confidence to go out and mobilize a prototype gyrotron drilling rig in the field for the first field demonstrations.”

Tests on the 100-to-1 hole are expected to be completed sometime next year. Quaise is also hoping to begin vaporizing rock in field tests late next year. The short timeline reflects the progress Woskov has already made in his lab.

Although more engineering research is needed, the team expects to be able to drill and operate these geothermal wells safely. “We believe, because of Paul’s work at MIT over the past decade, that most if not all of the core physics questions have been answered and addressed,” Houde says. “It’s really engineering challenges we have to answer, which doesn’t mean they’re easy to solve, but we’re not working against the laws of physics, to which there is no answer. It’s more a matter of overcoming some of the more technical and cost considerations to making this work at a large scale.”

The company plans to begin harvesting energy from pilot geothermal wells that reach rock temperatures at up to 500 C by 2026. From there, the team hopes to begin re-purposing coal and natural gas generating plants using its system. “We believe, if we can drill down to 20 kilometers, we can access these super-hot temperatures in greater than 90 percent of locations across the globe,” Houde says.

Rather than getting deep in the weeds of carbon capture, imagine powering those existing facilities with steam generated without carbon emissions at all. Will there be emissions associated with the process? Of course, but they will be minuscule compared to generating electricity the conventional way.

The Devil In The Details

Quaise’s work with the DOE is addressing what it sees as the biggest remaining questions about drilling holes of unprecedented depth and pressure, such as material removal and determining the best casing to keep the hole stable and open. For the latter problem of well stability, Houde believes additional computer modeling is needed and expects to complete that modeling by the end of 2024.

By drilling the holes at existing power plants, Quaise will be able to move faster than if it had to get permits to build new plants and transmission lines. And by making their millimeter-wave drilling equipment compatible with the existing global fleet of drilling rigs, it will also allow the company to tap into the oil and gas industry’s global workforce.

“At these high temperatures [we’re accessing], we’re producing steam very close to, if not exceeding, the temperature that today’s coal and gas fired power plants operate at,” Houde says. “So, we can go to existing power plants and say, ‘We can replace 95 to 100 percent of your coal use by developing a geothermal field and producing steam from the Earth, at the same temperature you’re burning coal to run your turbine, directly replacing carbon emissions.’”

Transforming the world’s energy systems in such a short period of time is something the Araque and Houde see as critical to avoiding the most catastrophic global warming scenarios. “There have been tremendous gains in renewables over the last decade, but the big picture today is we’re not going nearly fast enough to hit the milestones we need for limiting the worst impacts of climate change,” Houde says. “[Deep geothermal] is a power resource that can scale anywhere and has the ability to tap into a large workforce in the energy industry to readily repackage their skills for a totally carbon free energy source.”

“Geothermal has the power density and scalability of fossil fuels, allowing us to put clean energy on the grid very quickly,” according to Quaise Energy, which calls the deep geothermal technology, “A truly equitable clean energy source, abundantly available near every population and industrial center on the planet.”

Best of all, the skills developed over the past century by the oil and gas industry are readily transferable to deep geothermal with a ready made, well trained workforce available immediately. From drilling rigs to power plants, fossil fuel infrastructure dominates the world today. It can all be readily repurposed to rapidly advance a geothermal world of clean energy.

Deep geothermal does not require any fuels and does not produce any waste. It’s truly renewable, abundant, and equitable for all, even in the most challenging energy environments. It uses less than 1% of the land and materials of other renewables, making it the only option for a sustainable clean energy transition.

Does this sound exciting? It should. Say goodbye to electricity from burning fossil fuels, wild fluctuations in energy prices, questionable carbon capture technology, and the need for highly experimental geoengineering schemes.

For years, people have been saying we would find a way to “science our way” out of the carbon emissions dilemma. Maybe, with the help of Paul Woskov and Quaise Energy, we just have.

Steve Hanley writes about the interface between technology and sustainability from his home in Florida or anywhere else The Force may lead him. 3000 years ago, Socrates said, "The secret to change is to focus all of your energy not on fighting the old but on building the new." Perhaps it's time we heed his advice.