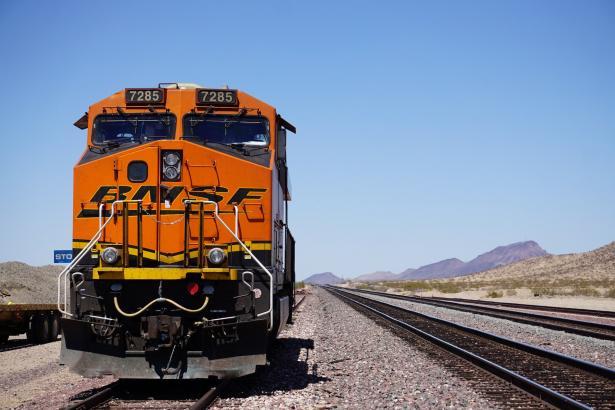 Eight out of 12 unions have accepted a tentative contract agreement that would avert a railroad strike.,Jack Sloop / Unsplash

US president Joe Biden wants to force a deal upon rail workers.

“I am calling on Congress to pass legislation immediately to adopt the Tentative Agreement between railroad workers and operators—without any modifications or delay—to avert a potentially crippling national rail shutdown,” Biden said in a Nov. 28 statement.

On Sept. 15, an emergency board set up by the Biden administration managed to avert a national rail strike by proposing a tentative agreement, promising better pay, bonuses, and higher health insurance. Eight out of 12 unions accepted the deal. But four—including the Transportation Division of the International Association of Sheet Metal, Air, Rail, and Transportation Workers (SMART-TD), one of the biggest—rejected it. SMART-TD said the agreement failed to address work rules and quality-of-life issues, such as staffing levels and sick pay.

If even one union doesn’t get on board, all the unions have vowed to show solidarity and honor their picket lines. Furthermore, the latest and last rejection by SMART-TD has set the clock ticking. If negotiations don’t yield results by Dec. 8, the unions can initiate a lockout starting Dec. 9.

And negotiations are struggling. At the moment, Biden said, there seems to be “no path to resolve the dispute at the bargaining table.”

Biden is not siding with unions this time

Doubling down on his claims of being a “proud pro-labor President,” Biden expressed reluctance about overriding the agreement’s ratification procedures. But he said it was necessary, because the economic impact of a shutdown would hurt millions. If the rail network came to a halt, chemicals necessary to ensure clean drinking water would not reach communities, and farms and ranches would be unable to feed their livestock, among other things.

Unions are upset with Biden for not walking his talk of being the “most pro-union President leading the most pro-union administration in American history.” For instance, Biden has said that he shares workers’ concerns about “inability to take leave to recover from illness or care for a sick family member.” But in urging Congress to impose the tentative agreement, he is also pushing through a deal that doesn’t include sick pay, just to avoid disrupting the holiday season.

“This is a legacy defining moment for Joe Biden. He is going down as one of the biggest disappointments in labor history,” an inter-union alliance called Railroad Workers United (RWU) tweeted.

Ross Grooters, a locomotive engineer working out of Des Moines, Iowa, and a co-chair of RWU, said on Twitter that as Biden chooses “railroads over workers and the economy,” Congress should “ignore White House shortsightedness and introduce the labor friendly version of the railroad bill.”

Rail negotiations, by the digits

55%: The proportion of national rail workers represented by the four unions that rejected the deal

115,000: The total number of workers affected by the negotiations, who won’t get additional sick leave if the deal is forced upon them by Congress

1: The number of days of sick leave allotted to rail workers in the tentative agreement, up from the current zero. Private sector workers receive seven to eight days of sick leave per year, according to the Bureau of Labor Statistics.

$688 million: The cost to the industry of guaranteeing 15 sick days to rail workers, according to Senator Bernie Sanders. That’s less than 3.5% of profits. “If the rail industry can afford to spend $25.5 billion this year to buy back its own stock and hand out huge dividends to its wealthy shareholders, please do not tell me it cannot afford to guarantee paid sick days to its workers and provide them with a decent quality of life,” Sanders tweeted on Nov. 26

The impact of a rail strike

$2 billion: The daily cost to the economy of a railway shutdown

765,000: The number of Americans–many union workers themselves—who could be put out of work in the first two weeks of a strike

97%: The share of tracks in Amtrack’s nearly 22,000-mile system that are owned and operated by freight railroads. The strike would affect passenger commutes

One-third: The share of US grain exports transported by rail.

18: The number of times, since 1926, that Congress has intervened in labor negotiations that threaten interstate commerce

75%: The fraction of newly-finished automobiles carried by rail. Since automakers use just-in-time production and keep limited inventory, disruption in rail services would bring auto production to a near-halt

39,000: The number of shipping containers and truck trailers that begin rail journeys every day. A single container or trailer can contain tens of thousands of bananas or hundreds of flat-screen televisions

The same day as Biden’s call to Congress, more than 400 industry groups shared an open letter, also urging Congress to intervene. While a “voluntary agreement” would be preferable, “the risks to America’s economy and communities simply make a national rail strike unacceptable,” the letter said. It was signed by a set of pro-business groups, including the US Chamber of Commerce, National Association of Manufacturers, National Retail Federation, National Restaurant Association, American Trucking Associations.

Separately, NATSO, which represents US travel plazas and truckstops, and SIGMA, which represents around 260 independent chain retailers and marketers of motor fuel, warned of an outsize impact on the nation’s fuel supply.

“If a work stoppage were to occur, it would immediately disrupt fuel marketers’ ability to ensure a reliable and stable supply of fuel for US consumers and for the nation’s commercial fleets,” Tiffany Wlazlowski Neuman , NATSO’s vice president of public affairs, said.

Will Congress stop the rail strike?

Nancy Pelosi, the Speaker of the House, denounced the railroad companies for profiteering, and said the House would look at legislation adopting the tentative agreement this week to avoid an economic meltdown.

“As we consider Congressional action, we must recognize that railroads have been selling out to Wall Street to boost their bottom lines, making obscene profits while demanding more and more from railroad workers,” Pelosi said. “We are reluctant to bypass the standard ratification process for the Tentative Agreement—but we must act to prevent a catastrophic nationwide rail strike, which would grind our economy to a halt.”