Dave Kellaway reviews Barbara Kingsolver’s latest novel, Demon Copperhead and reflects on her contribution to literary fiction. She is one of the best living writers of the socially engaged novel. 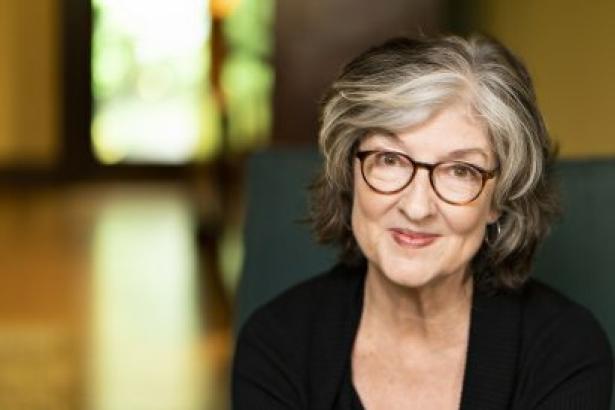 My job is never to tell you want to think but to draw you into a conversation and really invite you into a world where you have maybe never walked before and when you have finished and put that life down and come back into your own, you are different, you have felt something for the theoretical other… for me that is a political act.

FROM AN INTERVIEW ON OPEN BOOK RADIO 4, NOVEMBER 2022

Barbara Kingsolver is one of the best living writers of the socially engaged novel. She is a feminist, an ecologist, and very critical of big business and the military-industrial complex. Unlike many novelists writing today, she tells the lives of working people in an empathetic and political way. She follows in the footsteps of writers like Charles Dickens, Emile Zola, Elizabeth Gaskell, John Steinbeck, and Toni Morrison.

Inspired by a visit to Bleak House, a house where Dickens lived near Broadstairs, Kent, and had written David Copperfield, she decided to “outsource” her plot and many characters to Dickens’ masterpiece. She also adopted its structure: longish with short chapters, with hooks at the end of each to nudge you into the next chapter. It is narrated like “Copperfield” in the first person by Demon. Even the names she uses for her characters are a call-out to the ones in David Copperfield.

The novel tells the story of Copperhead from birth until adulthood. Born an orphan to a single mother who is an addict, we follow the ups and downs (a lot of downs!) of his life. In the Appalachian region of Virginia, we live with the terrible inadequacies of the US foster and adoption systems. It is a brutal for-profit system in which social workers can become legal guardians without even knowing the children’s names. Foster parents come forward to pick up the social welfare check and/or to make use of cheap child labour. Kingsolver might show us the misery, but it is not misery porn. She shows the solidarity and goodness of what mainstream Americans often call the “hillbillies” or “trailer trash.” Demon finally finds a good placement where he feels better and becomes a successful high school football star. Then injury strikes and he has to deal with the medication…

Kingsolver has lived in the areas where her books are situated, and her training as a biologist and her ecological commitment lead her to be stunningly precise and beautifully vivid about the local natural environment. In the head of Demon this is contrasted sharply with the numbness and concrete ugliness of the city. His dream in the book is to see the ocean.

In the BBC interview, the author says she was astonished when she researched the data regarding adoption and opioid addiction in that region. In some counties, 30 to 40% of children are not being raised by their biological parents. Of course, this is linked to the high opioid addiction rates, which mean many parents have died early. Kingsolver, through the story of one character, shows the way profitable corporations promote their drugs, feeding off the problems of a deprived population. There is even a resale market where people who can get prescriptions for more than they need sell them on to the long lines of people waiting to get their drugs from the semi-corrupt doctor surgeries.

A black teacher in Demon’s high school is used by the writer to fill in the political and economic forces behind this crisis. We learn about how the mining companies moved in, taking away their land, and then moved out, leaving little but a damaged environment behind. There was also some resistance and even some unity in the struggle with the black community at one stage.

Demon (page 377) reflects on how his community is seen:

Show me that universe on TV or the movies. Mountain people, country and farm people, we are nowhere to hell. It’s a situation being invisible. You can get to the point of needing to make the loudest possible noise just to see if you are still alive.

The writer takes you into another world, but it is not just superficial observation and emotional connection. You learn about the class forces and economic factors that create it. According to Kingsolver in her BBC interview, there is continuity between the social conditions of 19th-century England and modern-day America, such as child labour for poor children or alcohol and drug addiction. She makes socio-economic forces implicit, as she says:

I write about big scary things but through character and story and craft.

Kingsolver has been criticised for being overly political and dealing with big issues. She feels that this is often really about questioning a woman’s right to tell this sort of story. We had the same experience with visual artists. For centuries, women were permitted to paint still-lifes or portraits, but history painting with the big topics was out of bounds. As Kingsolver says, “men are raised to have ambition and women are accused of it.”

In other books, she has treated the issues of feminist growth and ecology in Flight Behaviour or Christian missionary projects and colonialism in the Poisonwood Bible. Her writing can also span historical periods. In Lacuna, she links the events of the US depression, McCarthyism, and the last days of Trotsky in Mexico with Frieda Kahlo and Diego Rivera. In Unsheltered, the book goes back and forth between the lived experiences of the same house. Today, a woman struggles with the US’s broken health system. In the 19th century, a teacher is caught up in conflicts around Darwinism. Kingsolver’s first novel, The Bean Trees, took up the issue of so-called “illegal” Central American migrants fleeing torture and repression along with the story of a working-class single mother struggling to make her way.

Her commitment to action on ecology has resulted in non-fiction works. One book, Animal, Vegetable, Miracle: A Year of Food Life, recounts the life of her own family as they go back to live on a farm in Virginia and grow their own food. She had written short stories and poetry as well as op-ed pieces. She is one of a minority of writers who deal seriously with rural communities.

Kingsolver was heavily criticised for an opinion piece in the Los Angeles Times criticising the US bombing of Afghanistan in the wake of the September 11, 2001 terrorist attacks on the Twin Towers. She received all sorts of threats and denunciations. She wrote:

We’ve answered one terrorist act with another, raining death on the most war-scarred, terrified populace that ever crept to a doorway and looked out. (…) I feel like I’m standing on a playground where the little boys are all screaming at each other, ‘He started it!’ and throwing rocks that keep taking out another eye, another tooth. I keep looking around for somebody’s mother to come on the scene saying, ‘Boys! Boys! Who started it cannot possibly be the issue here. People are getting hurt.’

One of her most successful books, Lacuna, which won the Orange Prize for fiction, was partially written in response to that episode. She wanted to show how falsehoods could damage or destroy people and how powerful regimes can use them for political ends. Her comments could aptly describe the Trump or Johnson style of politics, where the truth is in short supply:

It’s a fact of our culture that the loudest mouths get the most airplay, and the loudmouths are saying now that in times of crisis it is treasonous to question our leaders. Nonsense. That kind of thinking let fascism grow out of the international depression of the 1930s.

FROM AN ARTICLE IN SCOTTISH HERALD 2009

Demon Copperhead is a great read, but I would recommend her other books too. The Bean Trees, her first novel at 232 pages, is a good one to start with.

For the kids who wake up hungry in those dark places every day, who’ve lost their families to poverty and pain pills, whose caseworkers keep losing their files, or feel invisible, or wish they were: this book is for you.

[Dave Kellaway is on the Editorial Board of Anti*Capitalist Resistance, a member of Socialist Resistance, and Hackney and Stoke Newington Labour Party, a contributor to International Viewpoint and Europe Solidaire Sans Frontieres.]