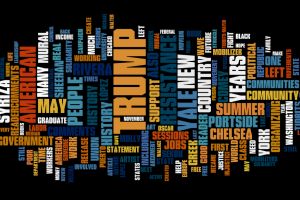 As Food and Farmworkers Retreat, Guestworker Program Poised to Grow 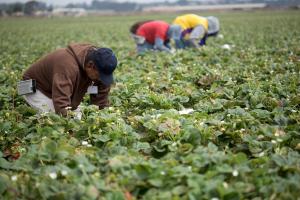 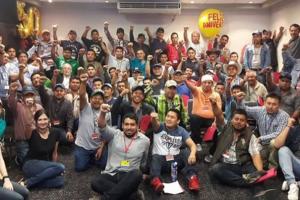 Unlike most guestworkers, many in North Carolina have a say in their working conditions and seniority rights because they belong to a union, the Farm Labor Organizing Committee.
April 20, 2017 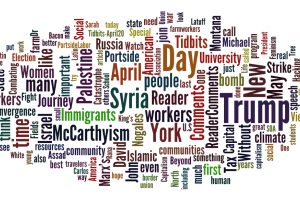 Being a Mexican Migrant Worker and Female: A Recipe for Double Discrimination 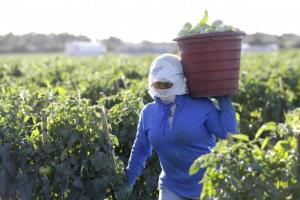 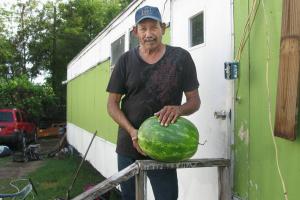 A lot has changed since 1966, when watermelon workers in the South Texas borderlands walked out of the melon fields in a historic strike to protest poor wages and appalling working conditions. What hasn't changed is the work: It's as brutal as ever. Workers are vulnerable to getting cheated by growers and crew bosses. Texas — with the third-largest population of farmworkers after California and Florida — has some of the lowest agricultural wages in the country.

Revolt of the ‘Chapulines’: After Strike, Indigenous Mexican Farmworkers Vote to Unionize

DAVID BACON In These Times 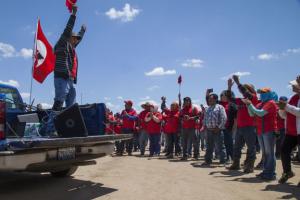 The strike and union campaign at Klein Management are part of a larger movement among indigenous Mexican farm workers, which is sweeping through the whole Pacific coast. Work stoppages by Triqui and Mixteco blueberry pickers have hit Sakuma Farms in Burlington, Washington, for the past three years. Workers there organized an independent union, Familias Unidas por la Justicia, and launched a boycott of Driscoll's, the world's largest berry distributor.

Carey Gillam Reuters
A U.S. farm worker and a horticultural assistant have filed lawsuits claiming Monsanto Co.'s Roundup herbicide caused their cancers and Monsanto intentionally misled the public and regulators about the dangers of the herbicide.
September 24, 2015 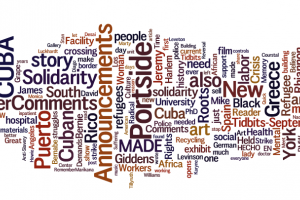 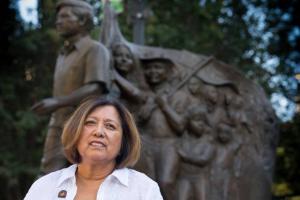 The grape strike succeeded where others had failed when Chavez, who led a well-publicized march from Delano to Sacramento in the spring of 1966, came up with a stroke of genius – the 1968-1970 grape boycott that spread worldwide. The boycott showed powerless people that they had power.
Subscribe to Farmworkers