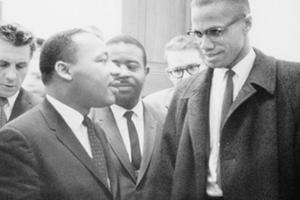 During Black History Month, let’s not forget the speech-stifling history of US government spying that has targeted communities of color.
January 3, 2014

The New York Times, The Guardian 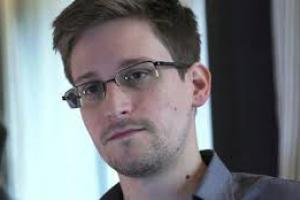 The New York Times and The Guardian (London) published major editorial statements on New Year's Day, reviewing the evidence that Edward Snowden's whistleblowing on NSA spying has largely been vindicated. They call for the creation of conditions that will allow Snowden to return home with dignity.
December 23, 2013 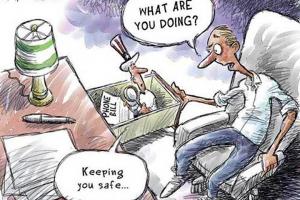 Reuters' report suggests that RSA wasn't merely following the trends when it picked the algorithm and that contrary to its previous claims, the company has inserted presumed backdoors at the behest of the spy agency.

The NSA Is Coming to Town

While we're calling, texting, emailing, and visiting our friends and loved ones, the NSA is tuning in and collecting massive amounts of data on millions of Americans. Take action to stop it now. 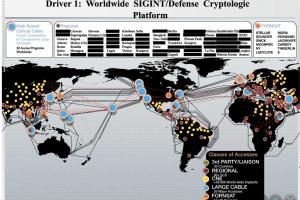 The NSA computer attacks are performed by a special department called TAO (Tailored Access Operations). Public sources show that this department employs more than a thousand hackers. According to the Washington Post, the NSA has been carrying out this type of cyber operation since 1998.
October 26, 2013 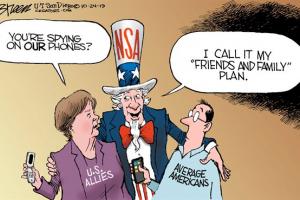 Inside the Mind of NSA Chief General Keith Alexander 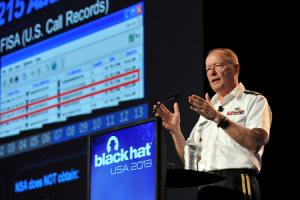 Any casual review of human history proves how deeply irrational it is to believe that powerful factions can be trusted to exercise vast surveillance power with little accountability or transparency. But the more they proudly flaunt their warped imperial hubris, the more irrational it becomes.
September 6, 2013

Uncle Sam Has Betrayed the Internet. We Need to Take It Back 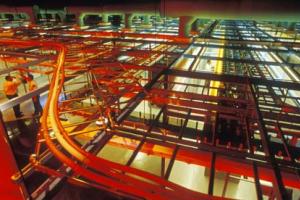 The NSA has undermined a fundamental social contract. We engineers built the internet – and now we have to fix it

If Bradley Manning was acquitted of aiding the enemy but convicted of espionage, who was he spying for, us?