What Really Happened at the First Thanksgiving? The Wampanoag Side of the Tale 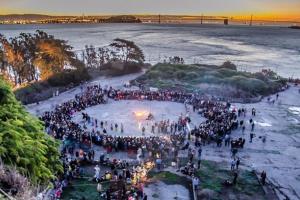 It was Abraham Lincoln who used the theme of Pilgrims and Indians eating happily together. He was trying to calm things down during the Civil War when people were divided. It was like a nice unity story. So what really happened? We made a treaty. They couldn't make a treaty for a boatload of people so they made a treaty between two nations - England and the Wampanoag Nation.
November 28, 2013 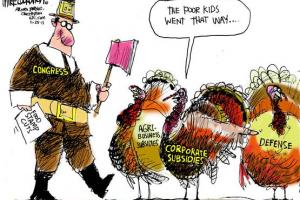 Dispatches from the Culture Wars - Thanks? No Thanks Edition 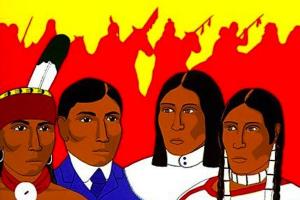 Native American Books that Tell the Real Thanksgiving Story; Wampanoags to March First at Plymouth; Dallas Kennedy-Haters Documented in Pictures; Black Theatre Groups in Trouble; We Are Living in the Anthropocene Era, can't You Tell?
Subscribe to Thanksgiving