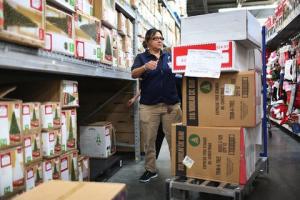 The giant retailer, based in Bentonville, Ark., said in a statement that it would shutter 154 stores in the United States, or about 3 percent of its locations, as well as 115 stores overseas.
November 28, 2015

How Walmart Keeps an Eye on Its Massive Workforce 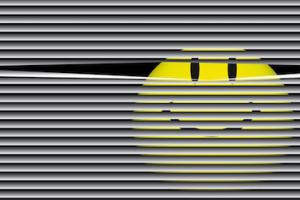 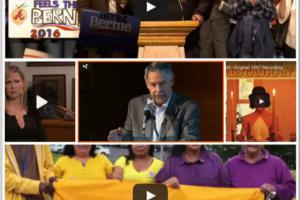 In America, on Thanksgiving, people working for our country's largest employer don't make enough to buy the food they need. Here are some of their voices, and what you can do. 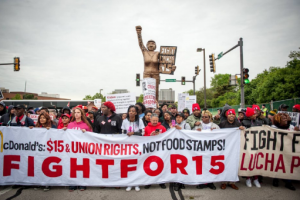 It is time to push strategies that go beyond the minimum wage and penalize low-wage employers for the harm they do to workers and communities.
June 17, 2015 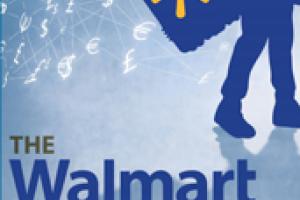 Most people know that Walmart is the world’s biggest corporation. Virtually no one knows that Walmart has an extensive and secretive web of subsidiaries located in countries widely known as tax havens. Typically, the primary purpose for a corporation to set up subsidiaries in tax havens where it has little to no business operations and few, if any, employees is to pay little, if any, taxes and to maintain financial secrecy.
June 11, 2015 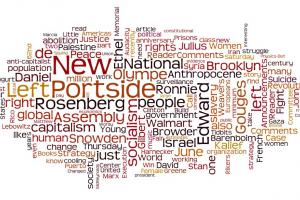 How Walmart Persuades Its Workers Not to Unionize 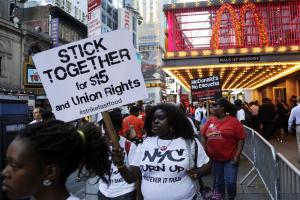 With 1.3 million U.S. employees—more than the population of Vermont and Wyoming combined—Walmart is by far the nation’s largest private-sector employer. It’s also one of the nation’s most aggressive anti-union companies, with a long history of trying to squelch unionization efforts. “People are scared to vote for a union because they’re scared their store will be closed,” said Barbara Gertz, an overnight Walmart stocker in Denver.

At Fight for $15 Convention, A Call from Clinton but Little Talk of Union 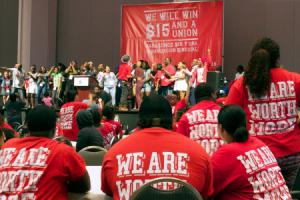 The still fledgling campaign focuses on organizing to raise wages and delays question of union structure. No one seems sure about the shape of a fast-food union. Many formations are possible. Since wages and other employment laws differ by city and state, one could envision local or regional contracts that establish a basic compensation structure, benefits and freedom from arbitrary firing. A more ambitious version would be national in scope: a framework agreement...
April 21, 2015

Low-Wage Workers’ Struggles Are About Much More than Wages 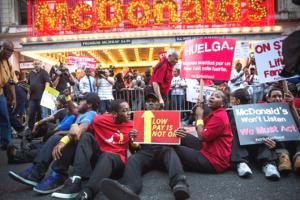 The success of the organizing is due to everything from the abysmal recovery from the 2008 economic crisis to Occupy Wall Street's role in shifting the national dialogue from austerity to economic inequality. But Fight for 15 is due primarily to the Service Employees International Union (SEIU), which initiated the campaign in 2011 and has poured tens of millions of dollars into growing waves of protest that are battering the image of the fast-food giants.
Subscribe to Walmart