Under legislation proposed by Sen. Bernie Sanders (I-VT) and Rep. Jan Schakowsky (D-IL), corporations would pay U.S. taxes on their offshore profits as they are earned. The legislation would take away the tax incentives for corporations to move jobs offshore or to shift profits offshore because the U.S. would tax their profits no matter where they are generated. 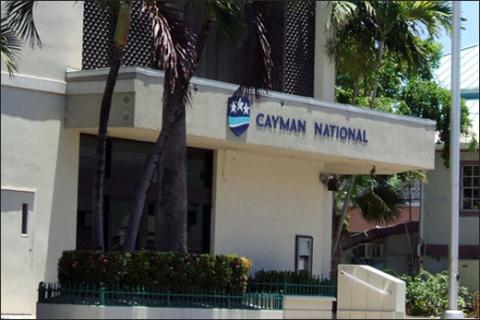 ,
Sen. Bernie Sanders on Thursday introduced a bill to stop profitable corporations from sheltering income in the Cayman Islands and other tax havens. The legislation also would end tax breaks for companies that ship jobs and factories overseas.  Sanders’ bill and a companion measure to be introduced in the House by Rep. Jan Schakowsky would yield more than $590 billion in revenue over the next decade, according to the Joint Committee on Taxation. “At a time when we have a $16.5 trillion national debt and an unsustainable federal deficit; at a time when roughly one-quarter of the largest corporations in America are paying no federal income taxes; and at a time when corporate profits are at an all-time high, it is past time for corporate America to contribute significantly to deficit reduction,” said Sanders, a member of the Senate Budget Committee.
To watch a video of the press conference, click here.
For a fact sheet on the bill, click here.
To read the bill, click here.
To read a report on corporate tax dodgers, click here.
“Even as profits grow to record levels, corporations’ share of tax revenues paid has dropped significantly in recent decades.  Sen. Sanders and I are offering a comprehensive and commonsense solution that would eliminate tax subsidizes for big oil companies and corporations that are shipping jobs and profits overseas,” Schakowsky said.
Sanders was joined at the news conference by Bob McIntyre, director of Citizens for Tax Justice; Damon Silvers, the policy director for the AFL-CIO; and Dorigen Hoffman, policy director for the Norwich, Vt.-based Clean Yield Asset Management.
The legislation “would increase investment, employment and wages in the United States,” said Richard L. Trumka, president of the AFL-CIO. Mary Kay Henry, the Service Employees International Union president, said the proposal would “raise revenue, restore fairness to our tax code and create good jobs in the U.S.”
Under current law, U.S. corporations are allowed to defer or delay U.S. income taxes on overseas profits until the money is brought back into the United States.  U.S. corporations are also provided foreign tax credits to offset the amount of taxes paid to other countries.
According to a 2008 Government Accountability Office Report, 83 of the Fortune 100 companies in the United States use offshore tax havens to lower their taxes.  Today, U.S. corporations have an estimated $1.7 trillion of un-repatriated foreign profits sitting offshore.
Sanders also released a report today on how 31 corporations represented by the Business Roundtable have avoided $128 billion in federal income taxes by setting up more than 500 subsidiaries in tax haven countries.  The Business Roundtable recently released a report calling for Congress to slash Social Security and Medicare benefits something that Sanders called “shameless.”The Corporate Tax Fairness Act would require U.S. companies to pay taxes on all of their income by ending the deferral of foreign source income.
Under the legislation proposed by Sanders and Schakowsky, corporations would pay U.S. taxes on their offshore profits as they are earned.  The legislation would take away the tax incentives for corporations to move jobs offshore or to shift profits offshore because the U.S. would tax their profits no matter where they are generated.