New York Times is asked to examine its coverage of Venezuela and Honduras by leading journalists, activists and media scholars. "Whatever one thinks of the democratic credentials of Chávez's presidency-and we recognize that reasonable people can disagree about it-there is nothing in the record, when compared with that of his Honduran counterparts, to warrant the discrepancies in the Times's coverage of the two governments." 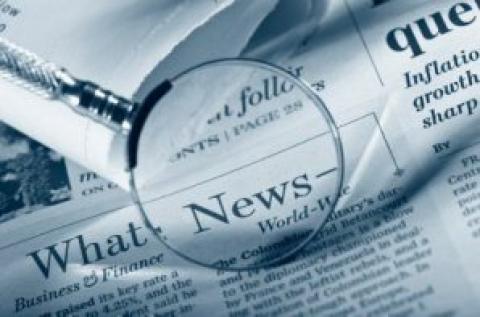 Looking behind the news, examining New York Times coverage., NY Times eXaminer - An antidote to the "paper of record"
The following petition, signed by over a dozen experts on Latin America and Media including Noam Chomsky and Greg Grandin, was sent today to Margaret Sullivan, Public Editor for The New York Times. Join the campaign below.
Dear Margaret Sullivan,
In a recent column (4/12/13), you observed:

In light of this comment we encourage you to compare The New York Times's characterization of the leadership of the late Hugo Chávez in Venezuela and that of Roberto Micheletti and Porfirio Lobo in Honduras.
In the past four years, the Times has referred to Chávez as an "autocrat," "despot," "authoritarian ruler" and a "caudillo" in its news coverage. When opinion pieces are included, the Times has published at least fifteen separate articles employing such language, depicting Chávez as a "dictator" or "strongman." Over the same period-since the June 28, 2009 military overthrow of elected president Manuel Zelaya of Honduras-Times contributors have never used such terms to describe Micheletti, who presided over the coup regime after Zelaya's removal, or Porfirio Lobo, who succeeded him. Instead, the paper has variously described them in its news coverage as "interim," "de facto," and "new."
Porfirio Lobo assumed the presidency after winning an election held under Micheletti's coup government. The elections were marked by repression and censorship, and international monitors, like the Carter Center, boycotted them. Since the coup, Honduras's military and police have routinely killed civilians.
Over the past 14 years Venezuela has had 16 elections or referenda deemed free and fair by leading international authorities. Jimmy Carter praised Venezuela's elections, among the 92 the Carter Center has monitored, as having "a very wonderful voting system." He concluded that "the election process in Venezuela is the best in the world." While some human rights groups have criticized the Chávez government, Venezuela has had no pattern of state security forces murdering civilians, as is the case in Honduras.
Whatever one thinks of the democratic credentials of Chávez's presidency-and we recognize that reasonable people can disagree about it-there is nothing in the record, when compared with that of his Honduran counterparts, to warrant the discrepancies in the Times's coverage of the two governments.
We urge you to examine this disparity in coverage and language use, particularly as it may appear to your readers to track all too closely the U.S. government's positions regarding the Honduran government (which it supports) and the Venezuelan government (which it opposes)-precisely the syndrome you describe and warn against in your column.
Sincerely,