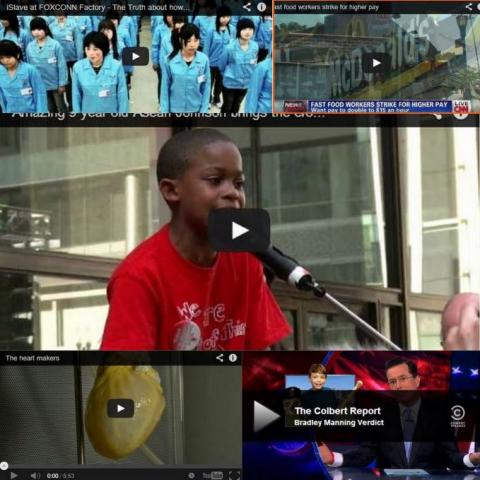 To view a Friday Nite Video, click an image below,
Bradley Manning Verdict 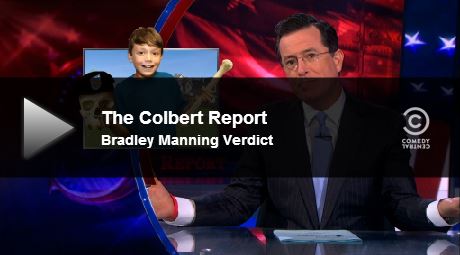 If Bradley Manning was acquitted of aiding the enemy but convicted of espionage, who was he spying for, us?
50th Anniversary March on Washington 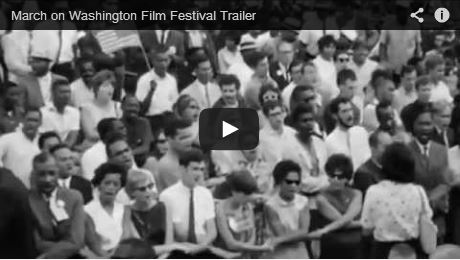 On August 24th peace and anti-war activist are gathering in DC to remember the historic March on Washington 50 years ago and to give voice to calls to end the plague of war, the injustice of economic, racial and social inequality and the destruction of our planet.
The Heart Makers 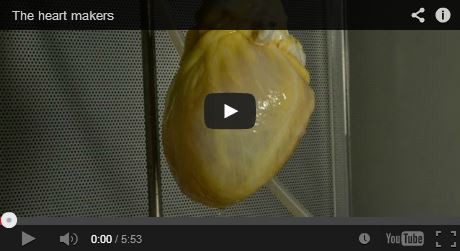 How do you make a working human heart? Scientists can turn stem cells into beating heart cells, but getting them to organize into a 3D heart requires a scaffold.
Nine-Year-Old Rouses Chicago Schools Rally 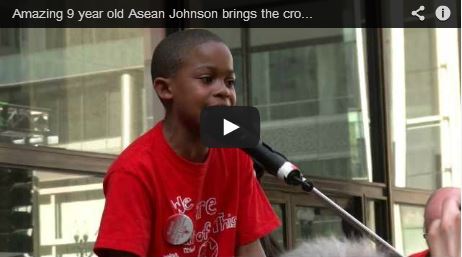 Amazing 9 year old Asean Johnson brings a Chicago crowd to their feet, defending his public school and calling for a struggle to save Chicago's schools.
iSlave at Foxconn Factory - The Truth About Apple

Apple products are so beautiful, they look like they're made by robots. In fact, they're made by inhumanly intense labor that has driven Chinese workers to suicide.
'Fast Food Forward' -- Fast Food Workers Rise Up 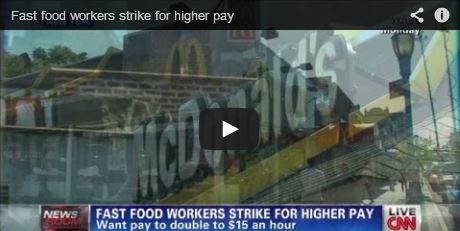 CNN's Carol Costello and Christine Romans report on the third wave of fast food workers' strikes in a dozen cities.