Wisconsin was the first state to grant public-sector unions the right to negotiate contracts. Before Gov. Gaylord Nelson signed that law in 1959, only unionized workers in private companies had a government-protected right to bargain collectively. The Wisconsin idea soon spread around the country. Act 10 is an about-face, and Gov. Walker and his Republican supporters see it as a tough-minded strategy that other states can follow. History repeating itself, if in reverse. 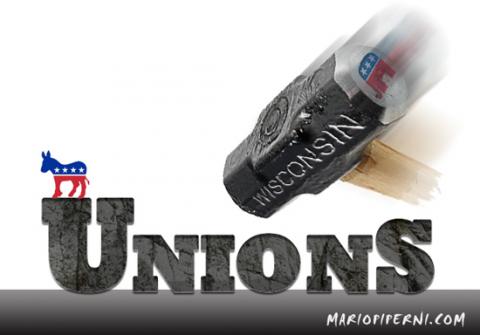