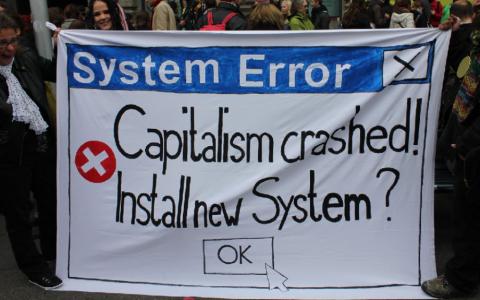 For the 99%, capitalism is not working - Occupy protests 2012.,http://anticap.wordpress.com