Dispatches from the Culture Wars - Pretty in Pink edition 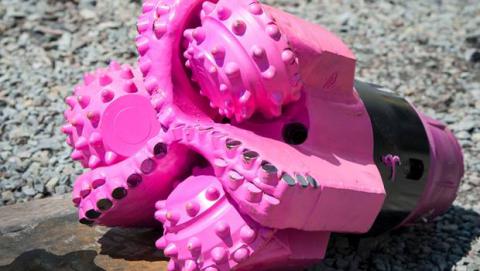 Susan G. Komen for the Cure, the foundation known for painting everything pink and, in one extremely controversial decision, pulling its grants from Planned Parenthood, has found a partner in Baker Hughes, a major drilling services company. The result: Baker Hughes is rolling out one thousand pink drill bits this October. Seriously.

The oilfields giant, which also donated $100,000 to the foundation, boasts that it's "doing our `bit' for the cure." Get it? It's a pun. A horribly misguided, pinkwashing attempt at a pun.

Explaining the Roots of Gamer Rage

Whether you think Gamergate really is about ethics in gaming journalism or, as I have argued, a response to discomfort with feminism and progressivism in gaming, one interesting subplot has revolved around the perceived mistreatment of those who play video games at the hands of the media. Talk to most Gamergate proponents these days, and before long, they'll bring up a dozen or so "anti-gamer" articles, which they say were published nearly simultaneously in late August - some argue that this was an act of collusion between different journalistic outlets, in fact, designed to strike at the heart of the gamer identity. This claim (which falls apart pretty quickly upon closer inspection) has fueled a lot of Gamergate anger.

Every two to four years around this time, pundits and political writers trot out conventional wisdom about the state of the black vote.

But it has been an even-more-intense process of temperature-taking because of President Obama and Democrats' midterm turnout deficit. So I thought it might be handy to put together an explainer on this much-debated, and somewhat-stereotyped Democratic voting bloc.

As U.C. Berkeley celebrates the 50th anniversary of the free speech movement this month, a long-simmering feud over funding for the Emma Goldman Papers  - an archival project dedicated to the life and work of the iconic Jewish radical and free speech advocate - is coming to a head.

After 34 years of U.C. Berkeley affiliation, and more than $1.2 million of funding spread across the decades, the project could be reaching the end of the line.

The university has informed the project's editor and director, Candace Falk, that her employment will terminate at the end of October due to lack of funding. That decision, which the university's chancellor has deemed final, could effectively shut down the Emma Goldman Papers Project, which has been housed on or near the U.C. Berkeley campus since its inception.

The Making of the Warrior Cop

This summer, images of armored vehicles and police pointing semi-automatic rifles at demonstrators in Ferguson, Missouri, set off a debate over what journalist Radley Balko has termed the "rise of the warrior cop." A National Public Radio analysis found that since 2006, the Pentagon has given local cops some $1.9 billion worth of equipment-including 600 mine-resistant, ambush-protected vehicles (MRAPs), 80,000 assault rifles, 200 grenade launchers, and 12,000 bayonets (yes, bayonets). But those totals pale in comparison to the amount of gear purchased from private companies.

Outfitting America's warrior cops, it turns out, is a major business, and one fueled in large part by the federal Department of Homeland Security. The Department of Defense has given $5.1 billion worth of equipment to state and local police departments since 1997, with even rural counties acquiring things like grenade launchers and armored personnel carriers. But Homeland Security has handed out grants worth eight times as much-$41 billion since 2002. The money is earmarked for counterterrorism, but DHS specifies that once acquired, the equipment can be used for any other law-enforcement purpose, from shutting down protests to serving warrants and executing home searches.

Polls show that Podemos is now the leading party in Spain. The newest of the new left parties in Europe didn't even exist nine months ago, but if general elections were held today it would get a 27% vote.

In Greece Syriza is the most popular party, with an 11% lead over New Democracy, the liberal-conservative party in the governing coalition. If an early general election were held in February, there is almost no doubt that Syriza would finally be able to form a government.

And in Slovenia the United Left (Zdruzena levica) is the third most popular party. Like Podemos, it was founded only a few months before the last European elections and has the support of other left parties in Europe such as Syriza.
Although these polls raise hopes for a much-needed change in European politics, all these left parties face at least two serious challenges in order to retain mass support.