Recovery Delayed Is Recovery Denied: Austerity and Democracy in the EU

Significant recovery has not arrived in the eurozone, and when it does, it will have been so long delayed that it will, in effect, be recovery denied, with a legacy of economic and political darkness across the European Union. 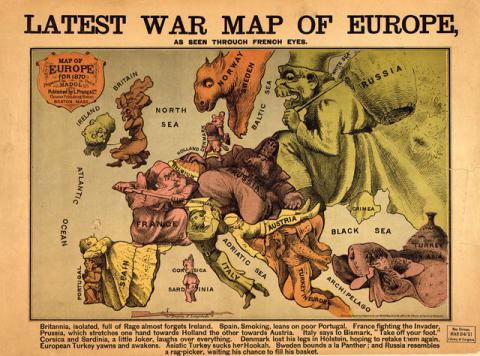 Specter of Democracy in Greece

On December 29, 2014, the Greek parliament refused to endorse the presidential candidate of the country's ruling coalition. Needing 180 votes, Stavros Dimas managed only 168. As a result, the prime minister, Antonis Samaras, must call and has called a general election for January 25.

This election in one of the smaller countries of the European Union has set the European Commission (EC), the German government and the other austerity advocates alight with anxiety. The German chancellor and her entourage's attempts to extort Greeks to vote for austerity have been quite flagrant.

Her economics minister, the hyper-austerian Wolfgang Schaeuble, told the Greeks that austerity must continue whoever wins the election. Stated simply, Schaeuble's message is, don't bother to hold the election, since popular demands to end austerity prompted it.

This heavy-handed election meddling provoked the leader of the right-wing, Bavaria-based Christian Social Union (Angela Merkel's partners in German mis-government, along with the woe-begotten Social Democrats) to warn the chancellor, "We should not behave as a schoolmaster in the Greek election campaign."

This warning comes a bit late, since the German government has been playing the role of the EU "schoolmaster" since mid-2010. Almost two years ago, I attended an on-the-record speech in the German embassy in London by Peer Steinbrück, then the Social Democrat's choice for chancellor in the upcoming national election. In response to a question from me, he referred to Ireland as the "star pupil" of euro austerity programs, which wins marks for candor if not for sensitivity to national pride.

The reason that the German government, the Deutsche Bank and financial interests everywhere require tranquilizers when contemplating a Greek election is the clear and present danger that democracy might prove contagious in Europe. If Greek citizens vote in a government that repudiates austerity and wants to renegotiate the public debt, who might be next - Estonia (election on March 1, 2015), Finland (April 19) or Spain (December 20)?

Though economic growth is a clumsy measure of changes in citizens' welfare, it suggests why those who gain from austerity should fear democratic accountability. You never know when people might decide they have had enough of the austerity scam (see my new book) and stop listening to "responsible" voices and turn to dreaded "populism" (also known as, the majority will).

The chart below shows the decidedly grim tale. After almost seven years, US national output had crawled up to 9 percent more than the pre-crash level, hardly impressive but still an increase. For non-euro Britain, the increase has been more meager, 3 percent. The countries of the eurozone, even when Germany is included, are in aggregate 2 percentage points below where they were at the beginning of 2008. All pain, no gain.

The statistics at the country level tell a considerably grimmer EU story. Of the four largest euro countries, two are above where they were at the beginning of 2008, Germany by a UK-matching 3 percent, and France scraping in at plus 1 percent. These are the "success" stories, if up 1 percent can be so judged.

Italy and Spain remain far below where they were in 2008; Italy is down 9 percentage points and Spain is at minus 6. The extreme optimist might assess Spain as "over the worst," though still below where it was three years ago. Not even Pollyanna would find cheer in the Italian performance, minus 9 compared to 2008 and still on a downward slope.

Lucky for the austerity advocates, there is no election this year in Italy, where the government has complained about the EC's "shaky accounting" practices in calculating the country's deficit (you read that correctly: by EC rules, Brussels makes the official calculation of the Italian deficit - and for every other euro country).

Moving south and west, the story worsens, with austerity-ravaged Greece down a catastrophic 26 percentage points. By comparison, the minus 3 for Ireland and minus 7 for Portugal seem benign. For all three, the GDP decline seriously understates the contraction of household income and purchasing power. The three countries saw trade deficits in 2008 change to surpluses in 2014.

A trade surplus is great for creditors because it finances the capital outflow to service debts to banks (in Germany, for example; what a coincidence, isn't it?). For the residents in a country, surpluses mean the opposite - goods and services not consumed at home. Ireland is the "star pupil": Household income is a full 15 percent below 2008, while GDP is only down 3 percent.

Then we have the countries whose governments have been more Teutonic than the Germans in their support of euro austerity: Austria, Belgium, Finland and the Netherlands. As for the four largest euro countries, the score is two up, two down, with the latter outweighing the former when we add up. Perhaps most shocking is Finland, where GDP is down 7 percentage points, but there is total government support for austerity, even with a government that includes the Left Alliance.

Indeed, in 2014, when I visited Helsinki, two members of the Left Alliance had just been expelled for criticizing the government's support for the draconian Greek austerity program. If Greek voters reject austerity, perhaps nominally progressive parties in Finland and elsewhere might reconsider their austerity enthusiasm, which is fear of European finance capital.

The charts trace the performance of 11 eurozone countries, seven of which have national incomes lower than at the beginning of 2008 and four with increases. The "recovery" of one, France, is a pathetic 1 percentage point; Austria and Belgium, 2 percentage points - and Germany, an unimpressive 3.

At some point, all 11 countries will regain the early 2008 level of GDP. But, the loss of skills through extended unemployment and underfunded education will weigh on European growth for a generation or more. The ill will toward immigrants fanned by austerity-generated despair will taint European democracy for even longer. Resentment against the German government for relentlessly enforcing an inhumane economic program has and will rekindle old resentments.

Recovery has not arrived in the eurozone, and when it does arrive, it will be so long delayed that it will be recovery denied, with a legacy of economic and political darkness.