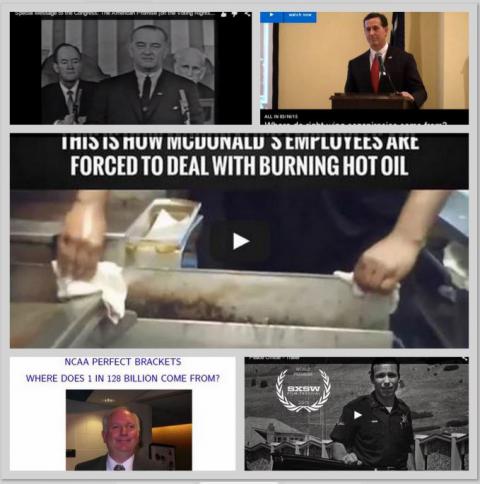 To view a Friday Nite Video, click an image below,
Where Do Right Wing Conspiracies Come From? 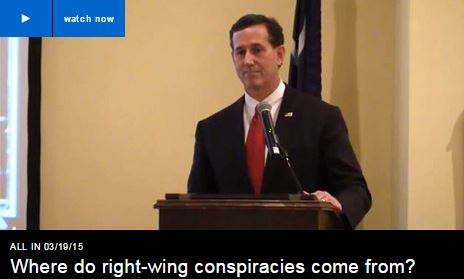 After a woman tells Rick Santorum that President Obama "tried to blow up a nuke in Charleston," Chris Hayes asks: Did I miss something?
Burned at McDonald's 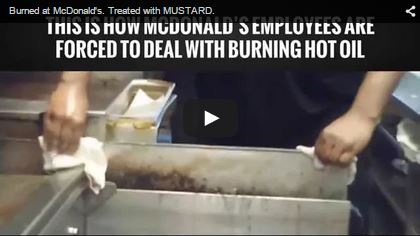 Four out of five fast food workers have been BURNED, often badly, for one simple reason: Fast food companies care way more about their profits than the basic safety of their workers. It’s outrageous and unbelievable. See for yourself.
Documentary: Peace Officer 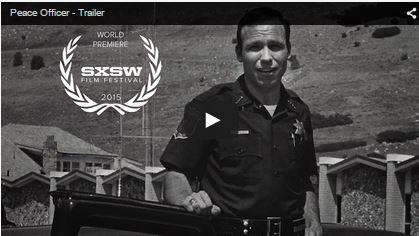 Peace Officer is a documentary about the increasingly militarized state of American police as told through the story of “Dub” Lawrence, a former sheriff who established and trained his rural state’s first SWAT team only to see that same unit kill his son-in-law.
Why Warren Buffett's $1B March Madness Bet Is Safe

Warren Buffett has promised a cool billion dollars to anyone who gets all 63 matchups in the March Madness brackets right. Here's why he won't have to pay off.
LBJ: Pass the Voting Rights Act 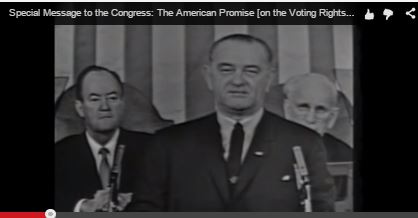 Fifty years ago (March 15, 1965), in the wake of Selma's Bloody Sunday, President Lyndon Johnson addressed Congress on the subject of 'The American Promise,' calling for the immediate passage of a voting right act that would end disfranchisement of African Americans.