Despite Sanders’ deep support for labor, the national nurses’ organization that Almada sought to join is the only major union to endorse Sanders in the race for the Democratic nomination for president. It is dwarfed by much larger labor groups that are lining up with his arguably less committed, less reliable rival, Hillary Rodham Clinton. 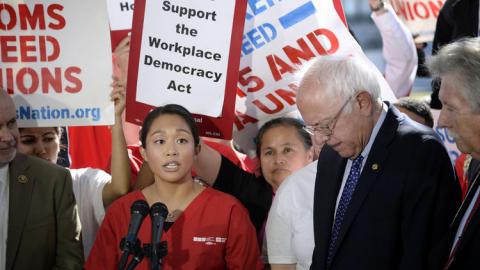