Concerned labor group leaders are organizing ad campaigns and phone banks as Trump’s populist message on trade and jobs draws in union voters. In the coming months, the AFL-CIO, which has not endorsed a candidate in the primary but has encouraged members to support the Democratic nominee, will launch digital attack ads against Trump and will ramp up its door-knocking campaign. 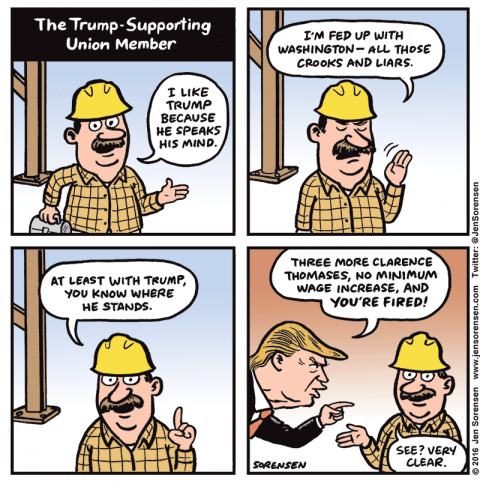