A troubling new investigation by the Guardian has found that at least 33 large cities in the United States may be improperly testing tap water in order to pass FDA regulations on allowable levels of lead. Reporters from the paper looked at 41 cities across 17 different states, and compared local officials’ water testing methods to those suggested by the EPA. 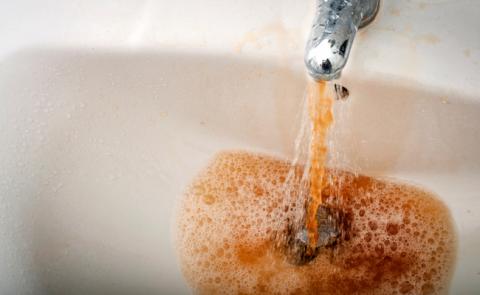 Of the 41 cities studied, 33 were using testing methods that could potentially underestimate the amount of lead present in water, and 21 of those were using the same water testing methods employed by the officials who have now been formally charged in Flint. Due to the age of the infrastructure involved, the paper only looked at large cities east of the Mississippi River, so it’s still completely unknown what standards are being used in the rest of the country.

For the past 25 years, the EPA has required local utilities to take a sampling of water from households throughout their cities at least once every three years. Usually city water departments will issue instructions to the homeowners themselves, and officials may even personally select which households are tested. (Testing is not required, however, in schools.)

This lack of professional standards in testing is a major problem, since officials can instruct residents to collect water using methods that are far less likely to give an accurate reading for lead contamination.

Cities may tell testers to “pre-flush” their pipes, so that the water doesn’t accurately reflect the normal buildup of lead the household is exposed to. They may also be told to run water slowly, which causes less lead to be dislodged from the pipes than would occur under normal circumstances. Finally, a handful of cities went so far as to tell testers to remove aerators from their spouts, since the filters tend to accumulate lead. Worse still, in some cities, testers would be directed to take multiple samples, and those showing the highest concentration of lead would simply be thrown out. (You can see which cities use each of these testing practices in the report.)

While these measures may temporarily reduce the concentration of lead in the water, they don’t reflect the conditions of everyday use. The EPA has warned utility companies since 2008 that these measures go against the intent of water testing regulations, but enforcement of the policy has been lax. Until the agency cracks down on local water utilities, residents of affected cities will have no way of knowing if their water is safe or not. The agency is aware of these widespread distortions and claims it will address them in 2017 when it releases new long-term revisions to its lead and copper rule, but no one yet knows exactly what that will entail.

There is, however, a glimmer of good news in the report. The Guardian found that several cities were correctly following the EPA’s guidelines, including: Cincinnati, Ohio; Jacksonville, Fla.; Louisville, Ky.; and Mobile, Ala. While Chicago has historically been guilty of aerator removal and pre-flushing prior to testing, both of these practices were phased out by 2012.

As a result of the investigation, several other utilities that were not currently in compliance with EPA guidelines have pledged to change protocols the next time they test, including Mount Pleasant, S.C.; Buffalo, N.Y.; Worcester and Boston, Mass.; Lewiston, Maine; and the state health departments for both Rhode Island and Maine.

The rest of the cities investigated claimed that the EPA had not issued clear guidance on testing in the past, or that the practices weren’t illegal and they were doing nothing wrong. It’s unclear whether these are face-saving lies or there’s simply been confusion on the local level, but either way, the EPA needs to take a firm stand and make clear that these practices are not acceptable if anything is to change.

Julie M. Rodriguez is an arts, green living, and political writer based in San Mateo, CA. Her work has appeared in xoJane, Care2 Causes, Greener Ideal, and Inhabitat. Follow her on Twitter @julierwrites.