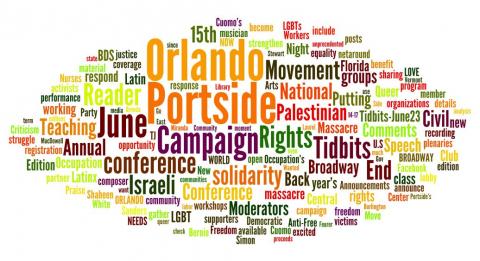 In Solidarity,
Katie Miranda
www.katiemiranda.com
Re: Bernie Sanders Speech in Burlington, Vermont, June 16
Bernie Sanders is a breath of fresh air and common sense and like the millions who supported his campaign in the primaries, millions of people who are not Americans but who wish the US well have been thrilled by his campaign. Let us hope that Hilary Clinton will use him well in the campaign and support many of his ideas, for the sake of the younger generations especially.
Laurel MacDowell
Re: Allina Nurses Go All In
Why don't we read this kind of analysis in the local newspapers or hear it on Public Radio?
East Side Freedom Library
Posted on Portside's Facebook page
====
Makes me shiver.....this is much bigger than I can even comprehend.
Brenda Stewart
Posted on Portside's Facebook page
Re: Why Did White Workers Leave the Democratic Party?
A great follow-up to your coverage of Judith Stein/Jacobin interview
Racism and the "Working Class" in Media Coverage of U.S. Politics
by Robyn Muncy
June 22, 2016
LABORonline (LAWCHA)
This post explores the use of the term "working class" in media coverage of U.S. politics during the current election cycle and since 1960.  It argues that journalists and politicians have often used the term pejoratively and especially to suggest that only those in the working class are racist.  These acknowledgments that the US has a working class are of no benefit to American workers.
Rosemary Feurer 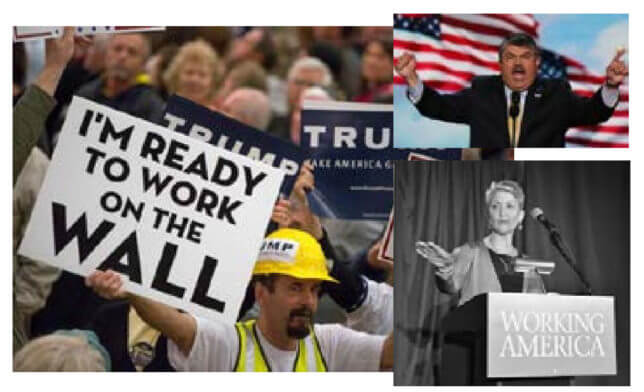 A typical representation of "working class" in media coverage of the 2016 election. Photo Credit: Capital Research Center newsletter, April 29, 2016
BROADWAY FOR ORLANDO - "WHAT THE WORLD NEEDS NOW IS LOVE" 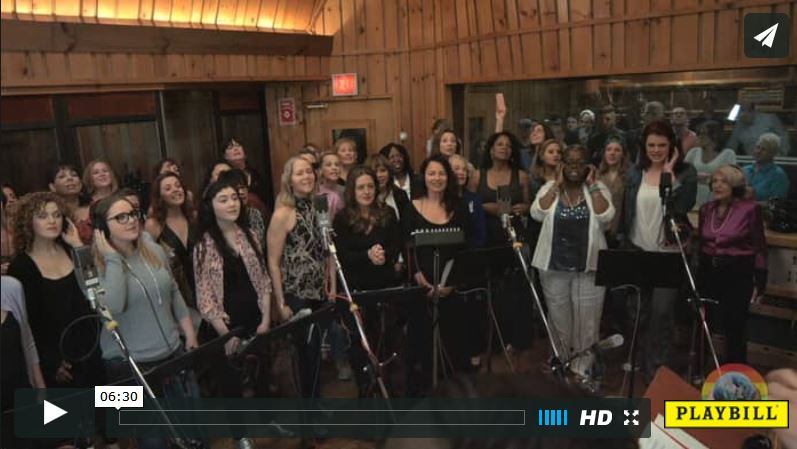 Listen here.
Digital MP3 Download.  100% of the proceeds goes to the GBLT Community Center of Central Florida.
Broadway Records President Van Dean, SiriusXM Radio Host Seth Rudetsky and Producer James Wesley today announced the charitable initiative Broadway for Orlando and an all-star roster of theater artists to record the new benefit single "What the World Needs Now is Love," produced in conjunction with Playbill at Avatar Studios. Created to honor the victims and those wounded in the Orlando shooting massacre at Pulse nightclub and aid the surrounding community, 100% of the proceeds from the sale of the song will benefit the GLBT Community Center of Central Florida. 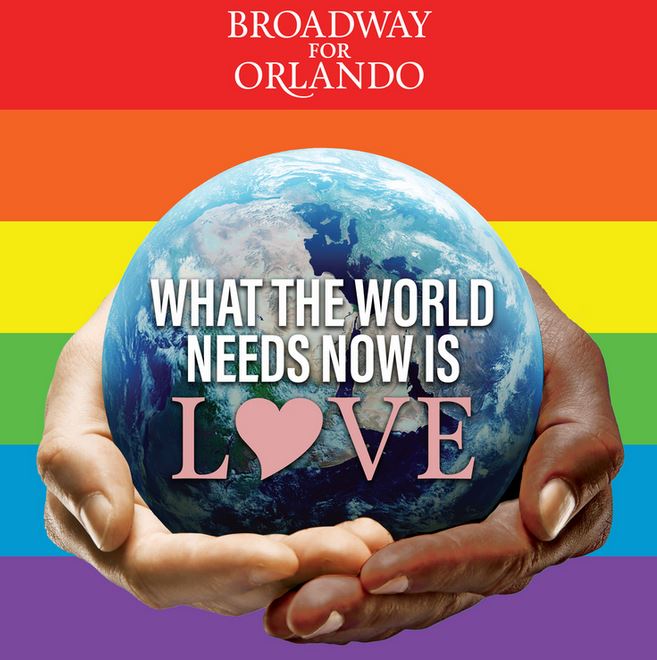 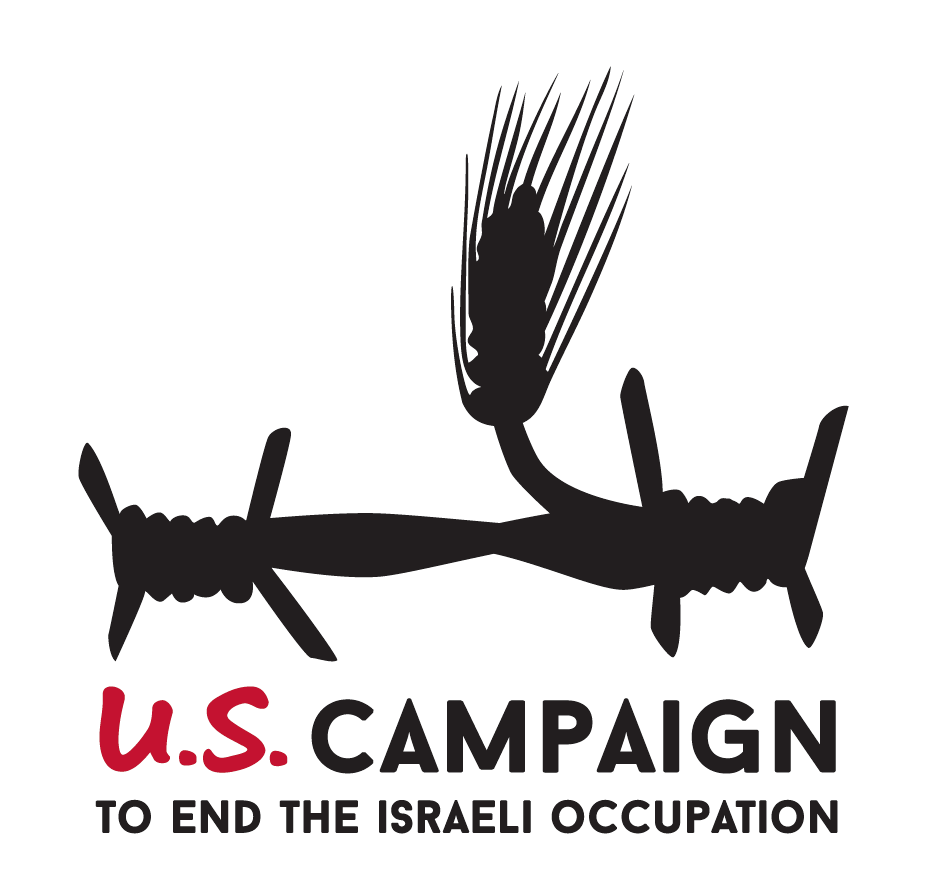 We are excited to announce that registration for the US Campaign to End the Israeli Occupation's 15th Annual National Conference is open!
Our conference is an opportunity for US Campaign member groups, partner organizations, supporters, and Palestinian rights activists to gather to network around how we can all strengthen our work in solidarity with the Palestinian struggle for freedom, justice, and equality. This year's conference will include plenaries, workshops, a lobby day, and a performance by musician and composer Simon Shaheen!
We will be sharing program details as they become available, and you can RSVP on Facebook to get updates as well. For now you can check out videos and more from last year's conference, register to reserve your spot now this year, and book your hotel room. The conference will take place at the Westin Arlington Gateway (801 North Glebe Rd, Arlington, VA 22203). Registration is at a sliding scale of $90-$250.
We look forward to seeing you in DC this fall!
US Campaign To End The Israeli Occupation
PO Box 21539
Washington, Dc 20009
202-332-0994
USCAMPAIGN@ENDTHEOCCUPATION.ORG
http://www.endtheoccupation.org/
New Edition of Putting the Movement Back Into Civil Rights Teaching - Submissions Wanted
Teaching for Change will publish a new edition of the award-winning Putting the Movement Back into Civil Rights Teaching this year. 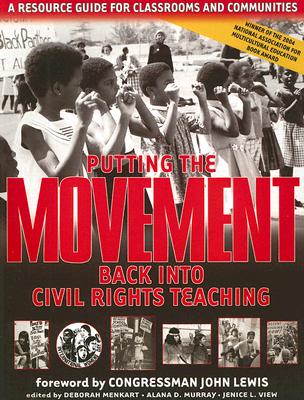 The content will be completely re-organized and much of the material will be new. We are currently making our final selections for the book, and we are soliciting lessons and teaching activities on the following topics:
Do you have a successful lesson you have used about the modern Civil Rights Movement? If so, please send it to us (info@teachingforchange.org) to consider for the new edition.
Sale on Current Edition
While supplies last! Get the current edition of Putting the Movement Back into Civil Rights Teaching for only $5 + shipping. Use Coupon Code: MOVEMENT