Reader Comments: 2016 Election Campaign - After the DNC, Hillary, Jill and the Donald; The Election and After - Strategy for this election AND going forward; Climate Change policy needs to be front and center; Campaign for Leonard Peltier's freedom; Ireland and Iceland set the example - jailing bankers that caused meltdown; Hiroshima and Nagasaki memorials at the UN and in New York; Letters to the Wall - What the Vietnam War was all about; and more . . . . 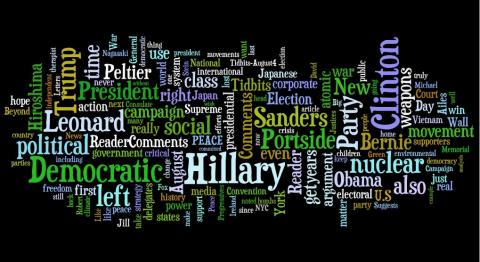 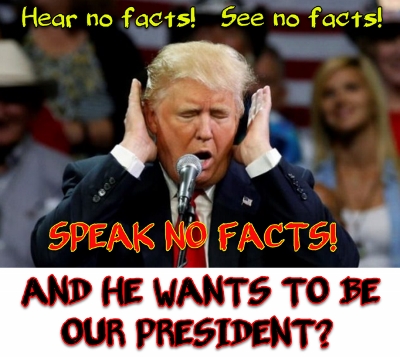 Meme from Michael Eisenscher
Re; Sanders' Campaign in the Balance
Sanders conducted an amazing campaign. He has obviously decided it is important to push the DP left and not get lost in the wilderness of third parties in a country that has never supported them. He has said he will continue to campaign for measures in his platform and he will work to get progressives elected at all levels.
He is an honest man ! He said if he was not the nominee that he would endorse Clinton and he did so with grace and class.  He recognizes that Trump is a huge threat to democracy so he is being constructive. He is a class act and a shrewd strategist in for the long game. He should continue to receive  respect and support. He is not going to undermine Clinton for pragmatic reasons. But as a lifelong   socialist he will remain consistent. You should appreciate him.
Laurel MacDowell
What the left has said about Hillary Clinton
Hillary Clinton made history this week when she was officially named the Democratic party nominee for president. As we head into the final stages of the 2016 presidential race, we want to be sure you've seen The Nation and I.B. Tauris's latest book, Who Is Hillary Clinton? Two Decades of Answers From the Left.A carefully edited anthology of our coverage of Clinton's career featuring essays by writers such as Erica Jong, Katha Pollitt, and Barbara Ehrenreich, it's a fascinating time-lapse depiction of the leading Democratic presidential candidate as seen from the left. A must-read for this election season, Who Is Hillary Clinton is available in paperback and digital formats for tablets, smartphones, and computers.
Our backlist from eBookNation includes 10 other titles.  Join the conversation. Download an e-book or order a paperback today!  And thank you. 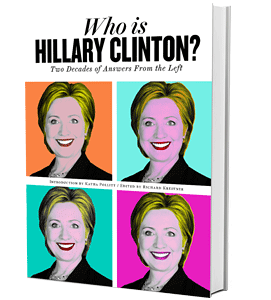 CLICK HERE
Sincerely,
Katrina vanden Heuvel
Editor & Publisher,
The Nation
Re: Hillary Clinton and the Choice
Based on the liberal record of silence after electing Obama, I challenge Borosage's prority that:
"The first task of his continuing political revolution is to make certain that Trump loses.." How about :the first task is to defeat Hillary/establishment dems in Congress and elect Bernie supporters in their place."
Michael Munk
Re: Campaigns End on Election Day. Revolutions Don't.
The great political writer/observer and most wise philosopher, Jim Hightower professes his profound understanding of this most essential topic: namely the real possibility of an authentic grass roots movement for social democracy and beyond. IF YOU STAY INVOLVED and I would add actively engaged.
Larry Aaronson
Posted on Portside's Facebook page
====
The D party establishment is using the threat of trump as it's  trump card. I am stuck, voting for Hillary, just because of that. The situation is quite disgusting. I just hope that spirit of Bernie is rubbed into Hillary a little bit at least, And that we don't get the same old republicratic garbage that we've been getting from the Democrats since Bill Clinton.
Judith Ackerman
Re: The Next President Will Likely Appoint 4 Supreme Court Justices
And the next president definitely will not be Jill Stein, so tread carefully.
Carl Foster
Posted on Portside's Facebook page
====
Warren Four Supreme Court Justices. Number of Supreme Court Justices needed to form a majority and agree on a decision? Five. Yikes.
Susan O'Donnell
Posted on Portside's Facebook page
====
So true and truly scary with a Trump at the helm.
Mary F. Warren
Posted on Portside's Facebook page
Re: Letter from Leonard Peltier
Leonard Peltier's last hope for freedom! Will POTUS Obama do the right thing? POTUS must be petitioned, appealed to and pressured to do the right thing!
William Proctor
Posted on Portside's Facebook page
====
They should have a link to a petition. There are several out there. Here's one. 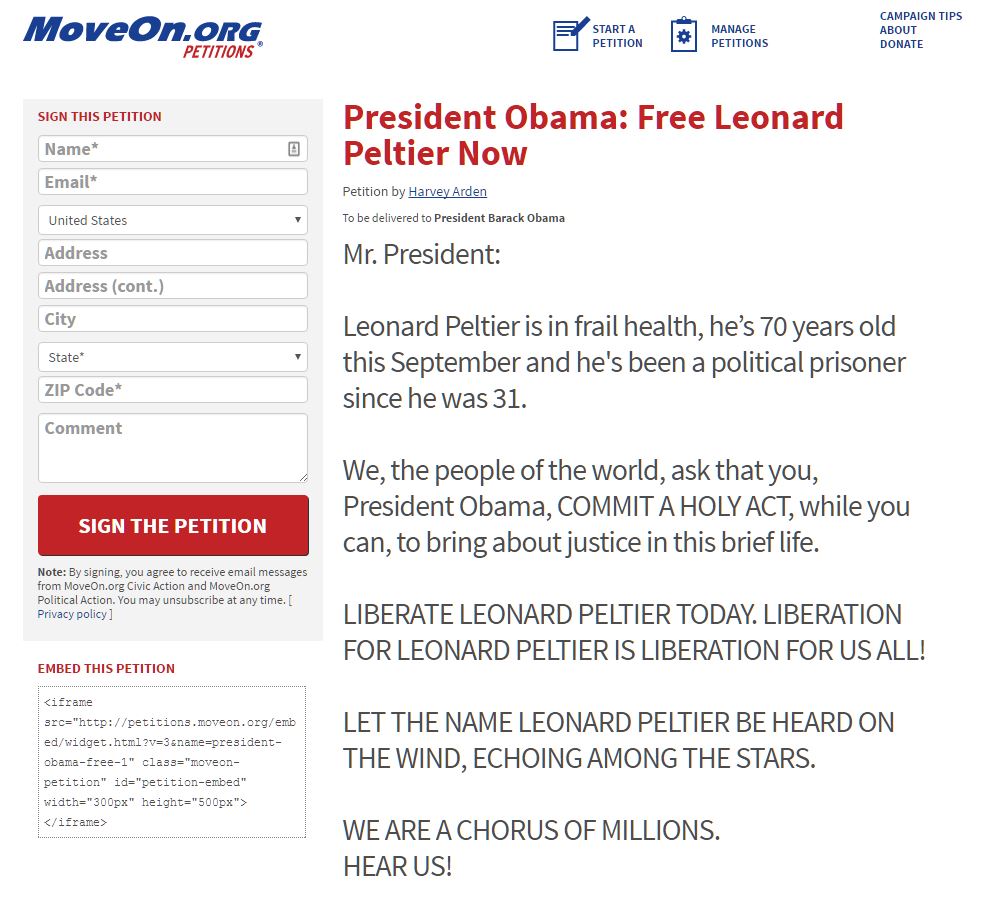 Below is a link to a new book of Letters to the Vietnam Wall Memorial.  This has been a project of the Full Disclosure campaign for an Honest Commemoration of the American War in Vietnam sponsored by Veterans For Peace.  For the last 2 years we have delivered letters by veterans, anti-war activists, and others to the Wall n Memorial Day  These letter are heartfelt, powerful, and still relevant.  So please order your book now and consider contributing to next year's writing campaign.  And tell your friends.  You can stay informed by going to our web site, including a report on this year's activities.
Folks: Order your book now!!
In solidarity,
Howie Machtinger 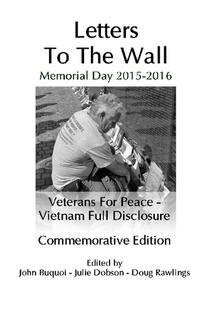