Reader Comments: 2016 Elections, Supreme Court, All In To Defeat Trump; Nagasaki - The World Did Not Need US's Experiment; A.J. Muste - An Inspiration for Today; Labor Must Take on Capital; Black Lives Matter takes on Education and Police Unions; Jewish Support for #BlackLivesMatter; Palestine Removed from GoogleMaps - What You Can Do; Announcements: New Book - Women Fight the Islamic State;Rock Against the TPP Concerts - Seattle, Portland and San Francisco; and more.

Tidbits - Reader Comments, Resources and Announcements - August 11, 2016, Portside
Announcements:
Re: A Dissenting Opinion on the Importance of the Supreme Court in This Election
This article is utterly ridiculous. It relies on the premise that nothing the government does matters, because it is merely ratifying reality. By the author's logic, the Voting Rights Act of 1965 was meaningless because the civil-rights movement had already won black people the right to vote.
"In 1973, Roe v. Wade ruled that abortion was legal," it says, but in 2016, "Legal abortions are as difficult to get today as ever. Maybe more so." My girlfriend, who was a 22-year-old mother when the Court handed down that decision, nods vigorously when I say, "Are you fucking kidding?"
Steven Wishnia
New York City
,  ====
Author Frank Joyce helps us think about history and power.  But paragraph 5 almost implies that "... the original intent of the wealthy slave owners who devised our government to protect their power and property..." were the only founders protecting their property interests.  What about the non slave holding northern racists?  They also designed a protection system.
Ed King
Re: A National Grassroots Network Goes All In To Defeat Trump
"I am not voting for candidates... I am voting for terrain."
Great formulation.
Jeff Juris
Posted on Portside's Facebook page
,  ====
Good news.
Ray Markey
Posted on Portside's Facebook page
,  ====
Stop harping about defeating Trump!!
Start tying Trump to the Republican Party that created him, in order to defeat Republican Congressional candidates!!
A Republican Congress is as bad as a Trump presidency. Nothing will get done unless that changes!!
Richard Butsch
Re: Nagasaki, 1945: "The World Did Not Need Your Experiment"
Admiral William Halsey, Commander of the Third Fleet, in 1946: "The first atomic bomb was an unnecessary experiment.It was a mistake to ever drop it." And before Congress in 1949, he testified that "bombing-especially atomic bombing-of civilians is morally indefensible."
In memory of the people of Hiroshima and Nagasaki.  Never again!
Edward Kale
Madeline Island, Lake Superior, Wisconsin
Posted on Portside's Facebook page
,  ====
I had two uncles fighting in Europe who were slated to be transferred to the Pacific to invade Japan. They only had two bombs available and both were experiments. Even dropping the first bomb did not stop the war. The Japanese finally threw in the towel after the 2nd bomb, with a huge minority against surrender. Hirohito finally spoke out for surrender which tilted the balance. Truman did the only thing possible to save countless American and, in the long run, Japanese lives.
Skip Waterhouse
Posted on Portside's Facebook page 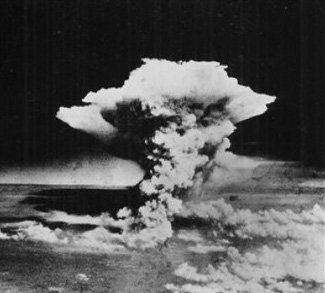 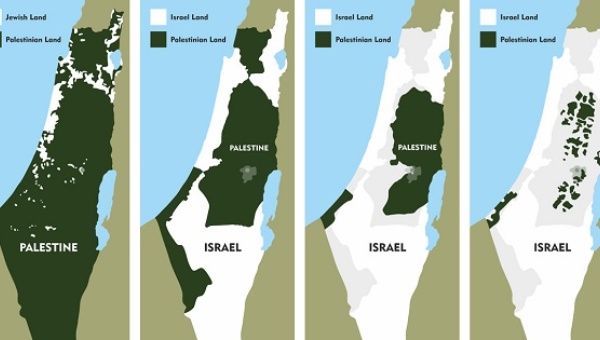 Google's decision to wipe Palestine from its map app and portray the occupied territories as Israel sparks online protest campaign.
Journalists and activists have excoriated Google for wiping Palestine completely off its map app, depicting the entire occupied Palestinian territories as part of the state of Israel.
The Palestinian Journalists' Forum initiated an online campaign to pressure the internet giant to reconsider its stance. The organization accused Google of being "part of the Israeli scheme to establish its name as a legitimate state for generations to come and abolish Palestine once and for all."
"The move is also designed to falsify history, and geography as well as the Palestinian people's right to their homeland, and a failed attempt to tamper with the memory of Palestinians and Arabs as well as the world," the statement continued.
In response, critics on Twitter have used the hashtag #BoycottGoogle to condemn the company. A petition on Change.org urging Google to put Palestine back on the map has garnered 147,402 signatures as of Monday, just shy of its 150,000 goal.
"The omission of Palestine is a grievous insult to the people of Palestine and undermines the efforts of the millions of people who are involved in the campaign to secure Palestinian independence and freedom from Israeli occupation and oppression," reads the petition.
"Whether intentionally or otherwise, Google is making itself complicit in the Israeli government's ethnic cleansing of Palestine," it continues.
In 2013, hackers replaced the homepage on Google's local domain in Palestine with a message calling for the company to remove the name Israel from its map app and replace it with Palestine, arguing that the state of Israel is illegal.
Since the creation of the state of Israel in 1948, which forcibly displaced more than 750,000 Palestinians, Israel has further shrunk Palestinian territories by seizing vast swaths of land. Israel has expanded illegal settlements on tens of thousands of hectares since occupying the West Bank and Gaza in 1967.
The United Nations recognizes the state of Palestine with the status of a non-member observer state.
Sign the Petition
GOOGLE: Put Palestine On Your Maps! 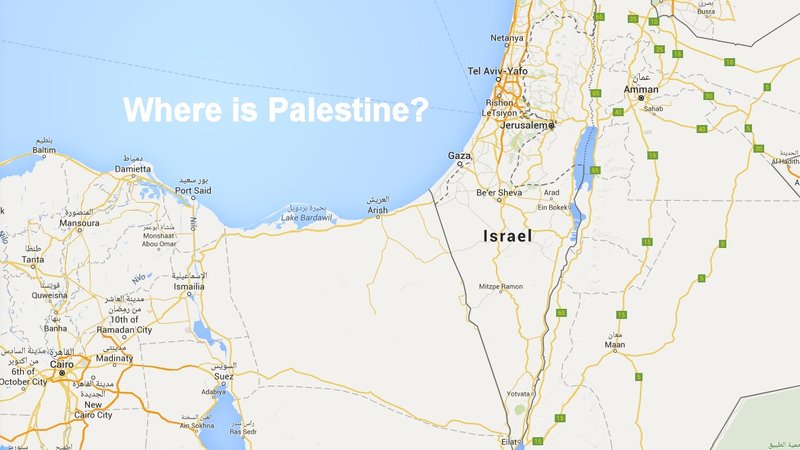 The country of Palestine does not appear on Google maps. Why not? Israel, established on Palestinian land, is clearly designated. But there is no mention of  Palestine. According to Google, Palestine does not exist.
The omission of Palestine is a grievous insult to the people of Palestine and undermines the efforts of the millions of people who are involved in the campaign to secure Palestinian independence and freedom from Israeli occupation and oppression.
This is an important issue, as Google Maps are now regarded as definitive by people around the world, including journalists, students and others carrying out research into the Israel-Palestine situation.
Whether intentionally or otherwise, Google is making itself complicit in the Israeli government's ethnic cleansing of Palestine.
Please join us in calling on Google to recognize Palestine in Google Maps, and to clearly designate and identify the Palestinian territories illegally occupied by Israel.
Please remember to share this petition with your social media contacts.
Thank you.
Click here to sign.
Re: Artists #UnitedAgainstHate
as usual, native americans are ignored (in the list below).
i think you should have a policy to erode this settler mentality.
Tharani
Re: Anatomy of a Neoliberal Racist Killing Machine
the word you're looking for is exacerbates. exasperates is a common misuse of the word in your use case. And please don't tell me you're gonna use it irregardless of what i say because the correct word there is regardless or perhaps irrespective, as irregardless is a double negative.
Lizzi Azalia Swane
Posted on Portside's Facebook page
Re: Venezuela's Maduro Commits Funds to Seized Factory
The U,S, is waging an economic war in Venezuela to destroy its govt and pillage its assets like we did in Iraq, minus the bombing. We suck.
Linda Read
Posted on Portside's Facebook page
Announcing publication of A Road Unforeseen: Women Fight the Islamic State
I am writing to tell you about the publication of my new book A ROAD UNFORESEEN: WOMEN FIGHT THE ISLAMIC STATE. 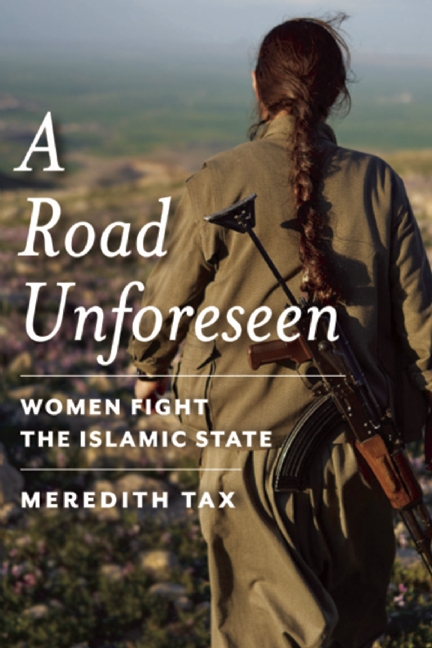 The official pub date is Aug. 23 but it is already available online and should be in bookstores any minute. It is already at Book Culture in NY.  I have set up a website for the book and here are links to some prepublication reviews and interviews:
I wrote this book because I think the subject is desperately important and would appreciate any opportunity to talk about it or write about it. And hope others will do so as well. It is easy for a small press book to get lost in the shuffle, especially during election season, so any help you can give would be much appreciated. And feel free to share this email and forward it.
best wishes,
Meredith Tax
www.meredithtax.org
www.centreforsecularspace.org
Rock Against the TPP Concerts - Seattle and Portland - August 19 and 20; San Francisco - September 9 and 10
Video: Tom Morello + all-star lineup Rock Against the TPP 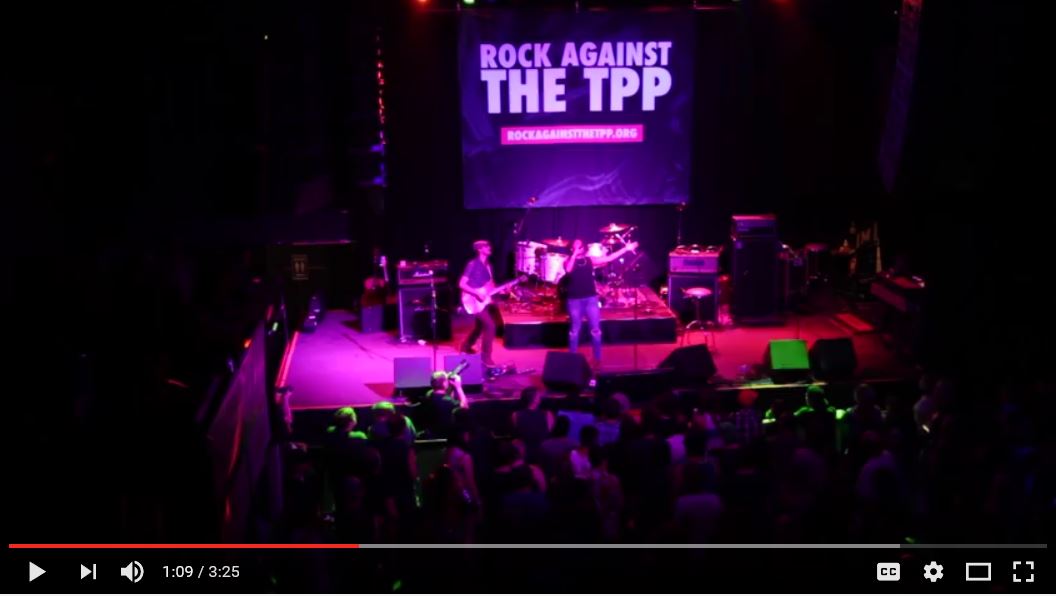 Watch here:
The growing movement against the Trans-Pacific Partnership has been vocal, now we're getting musical and loud with Rock Against the TPP. This free national concert tour is stopping in Seattle August 19th and Portland August 20th. With your help, Rock Against the TPP will ignite the next swell of anti-TPP resistance before corporate profiteers try to sneak it through congress in the period after the election, their final push before the next administration.
We're especially excited for our friends Taina Asili, Ryan Harvey, and Evan Greer to join the stage with renowned hip hop lyricist Twalib Kweli, awe-inspiring slack key guitarist and Occupy anthem writer Makana, the activist punk band Anti-Flag (acoustic) and more.
Tickets are free, but get them before they run out. Here's how you can get in on the fun:
The most powerful force in any room is not the person standing on stage, but the mass of people in the audience: the crowd. A skeptical crowd can intimidate. A angry crowd can terrify. An ecstatic crowd can elevate. In a democracy, the crowd is the electorate. An uninformed electorate can be duped. A disengaged electorate can be ignored. But an engaged, informed electorate can determine the path that its leaders must take."
- Rock Against the TPP artist Johnny 5 of The Flobots
1. Get Your Free Tickets
Rock Against the TPP Concert in SEATTLE!
Fri, August 19th, 2016.
@ Showbox SoDo,
1700 1st Ave S, Seattle, WA
Teach-in at 5pm hosted by Evangeline Lilly
Concert 6pm - midnight.
All ages. Wheelchair accessible.
FREE! RSVP required, click here.
Rock Against the TPP in Portland!
Saturday, August 20, 2016
@ Director Park
815 SW Park Ave, Portland, OR
Concert 5pm - 10pm.
All ages. Wheelchair accessible.
FREE! RSVP required, click here.
Rock Against the TPP in San Francisco!
September 9-10
@ Regency Ballroom
1290 Sutter Street, San Francisco
Friday, September 9: Rock Against the TPP rally & concert. Gather outside Regency Ballroom, 1290 Sutter Street, at 5:00pm for a rally. Doors open at 6pm, show runs until 11pm. RSVP with the form above. Invite friends on Facebook.
Saturday, September 10: How to Fight the TPP: Teach-In & Training Time & location TBA.
All events are free, all ages, and wheelchair accessible. Contact team@fightforthefuture.org with any questions.
Want to volunteer? Click here.
2. RSVP and Invite your friends to Rock Against the TPP on Facebook
RSVP and Share the Seattle Facebook event HERE
RSVP and Share the Portland Facebook event HERE
3. Sign-up to volunteer HERE
This is the moment to deal the TPP it's final defeat. The deep-pocketed transnational corporatations and their 600 corporate advisors who had a hand in crafting it are pulling out all the stops to ratify it before the next administration. We need new friends and allies to amp up the resistance to this toxic deal at this crucial time. This is our best opportunity. Volunteer for setup, breakdown, or at the Rock Against the TPP activation stations during the show!
Rock Against the TPP: A nationwide uprising to stop the biggest corporate power grab in history: the Trans-Pacific Partnership.
Full tour line-up:
The Rock Against the TPP Tour is being organized by Fight for the Future, the viral Internet freedom group best known for organizing the largest online protests in history against online censorship and in favor of free speech and privacy. Firebrand Records, the new social justice infused record label co-founded by Tom Morello and Ryan Harvey, is acting as the tour's artistic partner. The roadshow is sponsored and co-organized by a diverse coalition of groups fighting against the corporate power grab that is the TPP, including Citizens Trade Campaign, Backbone Campaign, Washington Fair Trade, Communications Workers of America, CREDO, Demand Progress, the International Labor Rights Forum, Public Citizen, the Sierra Club, and the Teamsters and more!
See you at the show!
Backbone Campaign
PS: Don't forget to join the Rock Against The TPP activation station stage crew! http://www.backbonecampaign.org/volunteer_to_rock_against_the_tpp
Backbone Campaign
PO Box 278
Vashon, WA 98070 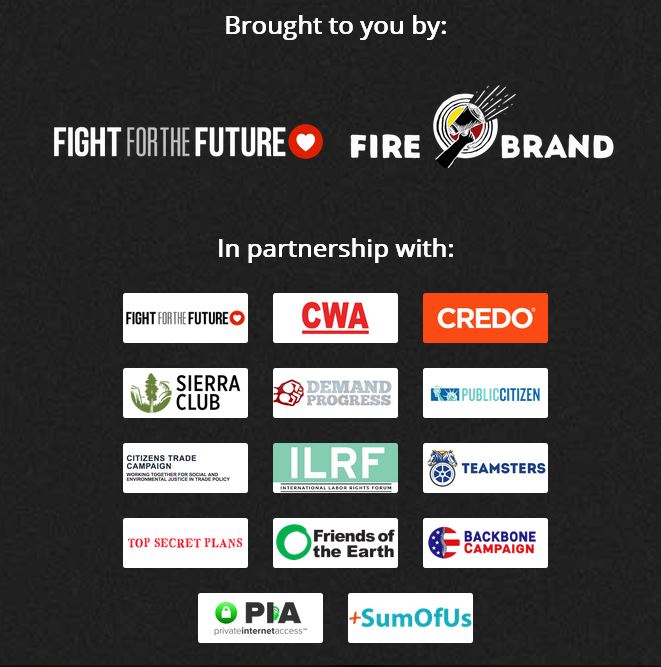