Tidbits - Reader Comments, Resources and Announcements - September 15, 2016, Portside
Announcements:
Re: Sleepwalking Into a Big War - West Fearful as it Loses Military Advantage
An extremely frightening article.
Nina Udovicki
Re: Standing Rock Protests: This is Only the Beginning 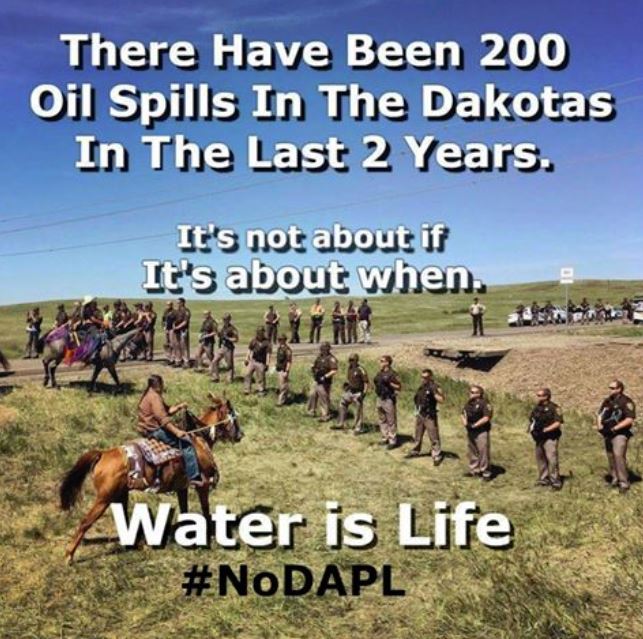 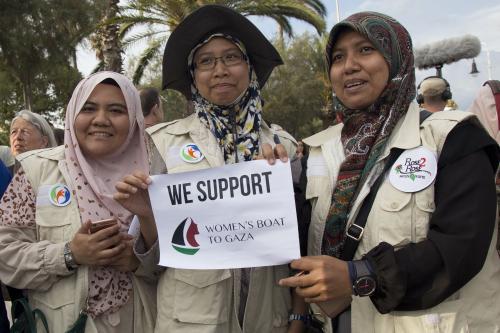 Two boats with all-women crews set sail Wednesday for the Gaza Strip from Barcelona, Spain. They are planning to travel across the Mediterranean and break the Israeli blockade on Gaza by delivering much-needed medical supplies to the people of Gaza.
The participants in the siege-breaking boat hail from fifteen different countries and include members of Parliament and other dignitaries.
From Barcelona, the boats will travel to France, and one other port before heading to Gaza. This is just the latest of a series of boats that have tried to break the blockade on Gaza since Israel imposed the air, sea and land blockade in 2006.
The mayor of Barcelona, Ada Colau, arrived at the port on Wednesday along with hundreds of supporters, to offer her support for the mission of the Women's Boat to Gaza trip.
The two boats have been named the "Amal", which means `hope' in Arabic, and "Zaytouna", which means `olive' in Arabic.
The list of passengers includes Tunisian MP Latifa Habashi; Malin Björk, a Member of European Parliament from Sweden; Ann Wright, a retired U.S. Army Colonel and former U.S. diplomat who resigned in 2003 in opposition to the invasion of Iraq; and Dr. Fauziah Modh Hasan, a Malaysian physician who has participated in many humanitarian missions with the Malaysian Medical Relief Society.
The Chairman of the Popular Committee to Support Gaza, Essam Youssef, said in a statement that the Women's Boat to Gaza is "a humanitarian cry in the face of an illegitimate siege imposed on an innocent people that has been calling for years on the international community for help."
He added, "Palestine will remain the axis of struggle not just in the Middle East but also in the world. Achieving justice for Palestine is the key to stability in the region and the world."
Wednesday's launch of the Women's Boat to Gaza came just as the U.S. Congress authorized an unprecedented $38.5 billion aid package to Israel, despite acknowledging in the same session that Israeli settlement expansion in the West Bank has violated all signed agreements and international law.

Women's boat to Gaza: a message of hope and solidarity
The Women's Boat to Gaza (WBG) is a Freedom Flotilla Coalition (FFC)* initiative. By launching a women's boat, women from all over the world aim to highlight the undeniable contributions and indomitable spirit of Palestinian women who have been central within the Palestinian struggle in Gaza, the West Bank, inside the Green Line and in the diaspora.
Gaza has been under Israeli blockade for the past decade, during which time Israel has also launched countless attacks against the besieged population, turning their life into a nightmare and a continuous struggle. Through Freedom Flotillas and other naval missions, we have brought international attention to their suffering and their resistance.
The WBG seeks not only to challenge the Israeli blockade, but to also show solidarity and bring a message of hope to the Palestinian people.  With the support of women, men, non-governmental organizations, civil society groups and from women's collectives and events around the world, we will make this happen.
*FFC is composed of civil society organizations and initiatives from many countries. We have been challenging the illegal and inhumane Israeli blockade of Gaza for years and are committed to continue the struggle until the blockade is unconditionally lifted and the Palestinian people everywhere regain their full rights.
Are you a data nerd? Check out EPI's new data tool
Are you a data nerd like me? If so, EPI's new State of Working America Data Library is for you.
The Data Library is a clearinghouse of EPI's best data for use by researchers, journalists, policymakers, and the general public. It provides easily accessible, up-to-date, and comprehensive historical data on the American labor force, compiled from EPI's unique analysis of government data sources.
Click here to check out EPI's new State of Working America Data Library.
Check out EPI's new State of Working America Data Library today and dig into the data behind the movement to raise workers' wages.
Thank you,
Elise Gould
Senior Economist, Economic Policy Institute
Virtual Book Discussion about `Because of Sex'- September 29
Rewire invites you to a virtual book club event on Thursday, September 29 at 9:00 p.m. ET. Joining host Jodi Jacobson will be Gillian Thomas, senior attorney at the ACLU Women's Rights Project and author of Because of Sex: One Law, Ten Cases, and Fifty Years That Changed American Women's Lives at Work.
Title VII of the 1964 Civil Rights Act made it illegal to discriminate "because of sex." That simple phrase didn't mean much, though, until ordinary women began using the law to get justice on the job-and some of them took their fights all the way to the Supreme Court.
"Because of Sex goes beyond cases that helped shape workplace anti-discrimination policies, focusing on ten key women whose own lives changed the law," writes Jessica Mason Pieklo, Rewire Vice President of Law and the Courts.
Click here to RSVP and receive call information. 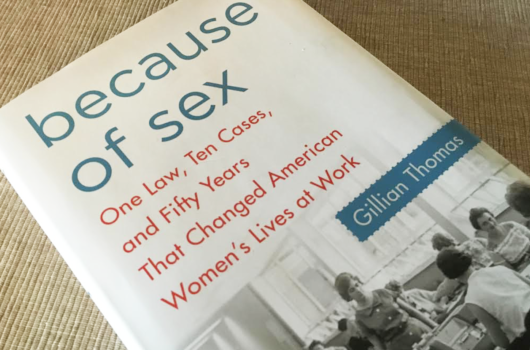 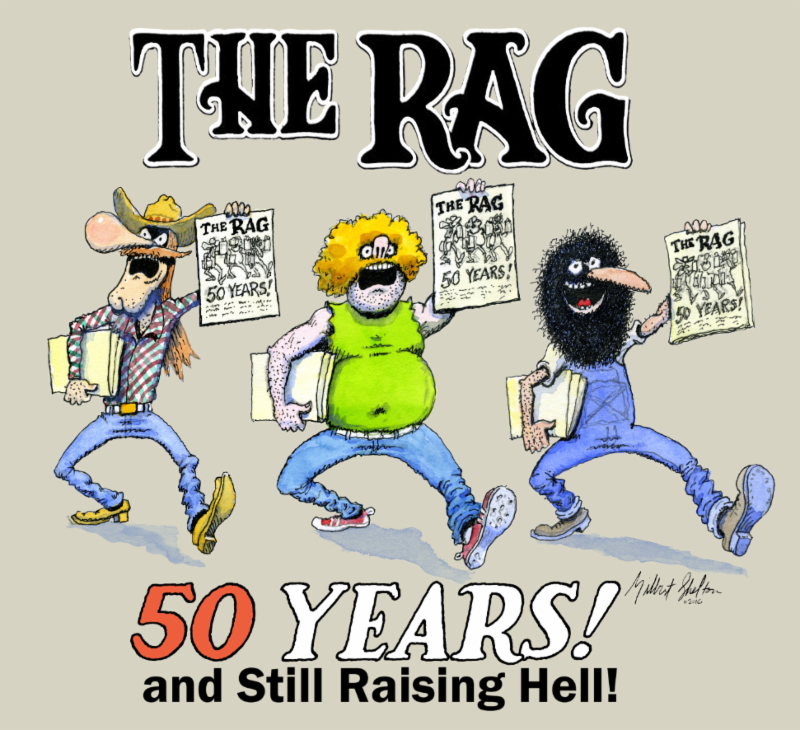 Former staffers and followers of The Rag, Austin's iconic underground newspaper of the '60s and '70s, will be joined by students, historians, activists, journalists -- and those who want to pay homage to the paper that helped make Austin weird -- at a four-day reunion and public celebration, October 13-16, 2016.
There will be a series of educational events, exhibits, and workshops; informal gatherings and concerts, including a vintage rock show at the storied music venue, Threadgill's; a Gentle Thursday Reunion -- with an outdoor stage for music and spoken word -- commemorating the legendary happenings on the UT campus; a Rag Radio keynote interview with historian Doug Rossinow before a live audience; and the premiere of a documentary film, made by People's History in Texas, about The Rag and its remarkable legacy.
A 300-page book, Celebrating The Rag: Austin's Iconic Underground Newspaper, will be released at the event. It includes more than 100 articles from the original Rag, contemporary essays providing history and context, and lots of amazing art like Jim Franklin's surrealist armadillos, Gilbert Shelton's Fabulous Furry Freak Brothers, Trudy Minkoff's whimsical drawings, and Alan Pogue's acclaimed documentary photography.
The Rag was an underground newspaper published in Austin, Texas, from October 1966 to May 1977. It was one of the earliest and most influential of an explosion of newspapers that grew out of the era's revolutionary ferment. The Rag has been singled out by historians for its unique blend of thoughtful political radicalism and world-class countercultural art, all with a large dose of Texas humor and a democratic decision-making style. The paper is also noted for its lasting effect on the Austin community and for its digital-age rebirth as The Rag Blog and Rag Radio.
To learn more about The Rag and the October events go to the Rag Reunion page.