Reader Comments: Millennial Sit-in Against GOP Politics of Hate; Call to End Voter Suppression; Does the Left Underestimate the Danger of Trump?; Thinking About a Protest Vote - Lessons from the Past; Garrison Keillor and Trump; Why the Protests in Charlotte; Police Violence and Racism; Prison Strike; Women's Boat to Gaza; Colin Kaepernick; Chelsea Manning; Life After the USSR; Jewish Grandparents Message; Announcements: Standing Rock Call-in; and more....

Tidbits - Reader Comments, Resources and Announcements - September 29, 2016, Portside
Announcements:
Re: Millennials Arrested at Paul Ryan's Office Denouncing GOP's Politics of Hate
The racism is terrible and getting worse. Trump will also impoverish working people. The other day the head of GE said he was supporting Trump because he would lower the already low taxes on corporations. Very scary. The rich will get richer, the poor poorer and social welfare programs will shrink for lack of funding.
Laurel MacDowell
====
Thank you, Millennials.
Kari Fisher
Posted on Portside's Facebook page
We're Calling for an End to Voter Suppression! -- Sign the Petition to End Voter Suppression! 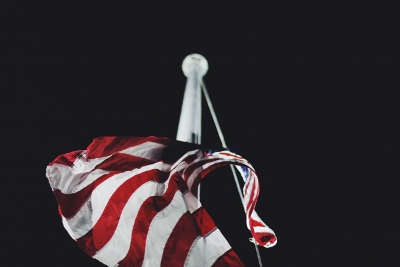 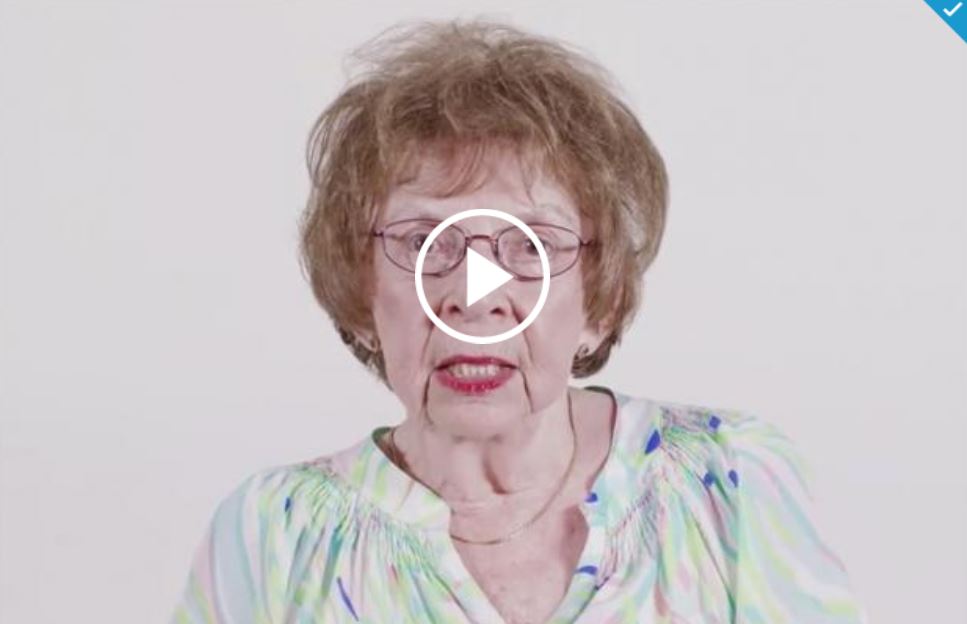 Listen here.
Back in 2008, comedian/actress Sarah Silverman implored young Jews to schlep over to Florida to convince their grandparents to vote for Barack Obama, now it's the bubbes and zaydes who are stepping up to push the younger generation to vote for Hillary Clinton, in a hilarious video from Bend the Arc Jewish Action, an organization that brings Jews together to advocate for a just and equal society in the U.S.
Part of the campaign "#WeveSeenThisBefore" launched last fall, the new film cuts together grandparent after grandparent in a "loving" lecture to the young'uns, in which they diss Donald Trump and emphasize the importance of getting out the vote.
The lighthearted comedy, inflected with the more sinister history of persecution under Nazi Germany, makes for a particularly powerful punch:
"We have seen this before, we saw it in Germany and we don't want to see it here," says one grandmother. Then, it's a litany of pejoratives, with the grandparents calling Trump a "narcissist," "petulant [like her own kid when he was little]," "far more than a putz," "definitely a tyrant," an "obnoxious, lying individual."
But things are just getting good at this point, and then, the elders reveal what will happen if their grandkids don't vote for Hillary:
"I'll haunt you when I die."
From there, the gems just flow: "My ghost will make sure that the kale in your fridge will rot twice as fast," says one grams. "Boooooo!" says a grandpa, wearing a big white sheet with eye holes. "I'll spoil every episode of 'Game of Thrones,'" says another granny. "When you're having a dinner party, I'll come down and say something racist, but if you're voting for Trump, you probably don't care," says yet another.
And then, there's the final scene, in which Ghost Gramps returns -- but we won't spoil his killer line here.
"We, as Jews, recognize that [Trump's] candidacy has echoed times when the Jewish community experienced the dangers of fascism, anti-immigration and persecution against religious minorities," said Stosh Cotler, CEO of Bend the Arc Jewish Action. "We've seen this before and we wanted to make sure that as Jews we were speaking out boldly and loudly and making sure it was known the Jewish community rejects Trump for the platform of hatred and bigotry that he has unleashed."
To create the film, Bend the Arc cast "everyday Jews, who were the best ambassadors to give this message," said Ms. Cotler. The organization also tapped a veteran comedian, former "Late Show With David Letterman" scribe Jena Friedman, to write and direct. "For her part, it was the expert writing, suggesting questions, and then she and the editor did a great job putting it all together," Ms. Cotler said.
The organization had previously put out another ad, after Trump had made his comment about Mexicans being rapists and murderers. Since then, "We've been continuously ramping up," Ms. Cotler said.
Standing with Standing Rock - North American Web/Phone-in - October 3rd
Over 200 Indigenous tribes have joined the Standing Rock Sioux Tribe (Hunkpapa Kalota Nation) to defend Indigenous rights and title against the Dakota Access pipeline (DAPL) which would transport Bakken oil and threaten water supplies. The direct action at Standing Rock has heroically challenged corporate power, coalesced networks of supporters, and united Native American tribes to fight for alternative visions for a just and healthy world.
Throughout North America, First Nations land defenders, along with their settler allies, have been at the forefront of the climate justice movement, fighting fossil fuels at the points of extraction, production and transportation. The warrior spirit at Standing Rock has inspired multiple recent developments including the signing of the Treaty Alliance Against Tar Sands Expansion. Join us to learn more, and find out how you and your organization can act in solidarity with #StandingRock #nodapl
Links: Indigenous Environmental Network; Honor the Earth; and Union of BC Indian Chiefs
Stand with Standing Rock
North American Web/Phone Conference
Monday, October 3rd
8:30pm (eastern), 5:30pm (pacific)
Join a special on-line and phone-in interview with our guests: Kandi Mossett, Audrey Siegl, Brian Ward. Other activists who have been on the ground at Standing Rock, and art part of SCNCC networks will be joining as well (these include Emily Williams and Theo LeQuesne from UCSB).
Moderator: Brad Hornick, PhD Candidate, Simon Fraser University, Vancouver, Canada; active with System Change Not Climate Change (SCNCC)
Access Information
When it is time to join....
CLICK HERE TO JOIN THE MEETING
Where:   WebEx Online
Meeting number: 805 945 160
Password: SCNCC.
Now taking applications for the Ella Baker Summer Internship Program

Center for Constitutional Rights (CCR) created the Ella Baker Summer Internship Program in 1987 to honor the legacy of Ella Baker, a hero of the civil rights movement, and to train the next generation of social justice lawyers. Through our program, law students gain practical litigation experience and sharpen their theoretical understanding of the relationship between social change, organizing, and lawyering. Ella Baker Interns also become connected to a global community of social justice law students and lawyers through our Ella Baker Alumni Network.
The program is open to 1L and 2L students. Applications for 2Ls are due by October 16; 1Ls have until December 16 to apply.
Please spread the word and encourage any eligible students to apply.
Center for Constitutional Rights
666 Broadway
7th Floor
New York, NY 10012
Telephone: 212-614-6464
Fax: 212-614-6499
https://ccrjustice.org
The Public Art of Muralist Hector Duarte - Chicago - October 4 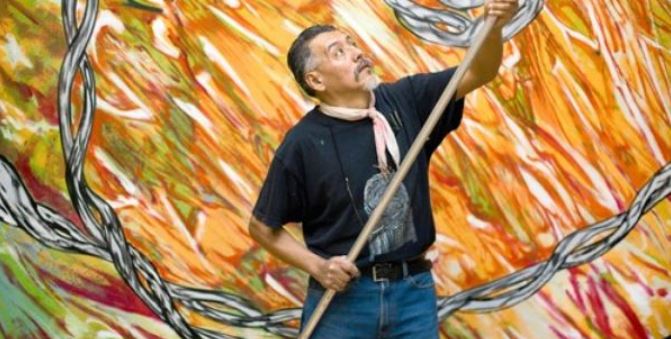 October 4, Tuesday 12:30 pm - 2 pm
Roosevelt University, 430 S. Michigan Avenue
South Reading Room, 10th Floor
This program will feature painter and print-maker Hector Duarte, who will share about his roots in Mexican muralist movement, his approach to the issues of identity, work and labor, and immigration.  A renowned artist in the U.S. and Mexico, Duarte has participated in the creation of over 50 murals since moving to Chicago in 1985.  He is co-founder of print workshops in Mexico and Chicago. Duarte's work has been exhibited at the National Museum of Mexican Art and the Art Institute of Chicago, among other venues.  Program provided by ILHS, Company of Folk, and National Endowment for the Arts.
Illinois Labor History Society
ilhs@prodigy.net
430 S. Michigan Ave AUD 1361
Chicago, Illinois 60605