Outrage? AIPAC and the Conference of Presidents can summon it on behalf of Israel's government, on BDS, on the Iran Deal - but not for the American minorities targeted by Trump. Not even its Jews. Add your name to the Joint Petition from American Jews and Muslims on Stephen Bannon (see below). 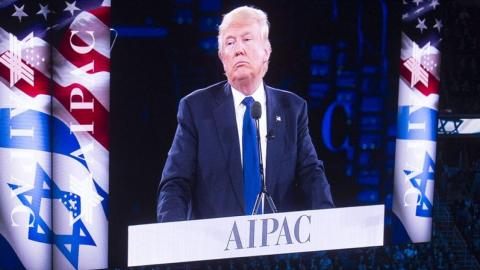 Future historians will puzzle over this question: When Donald Trump ran the most bigoted presidential campaign in modern American history, why did America's most powerful Jewish organizations remain silent? 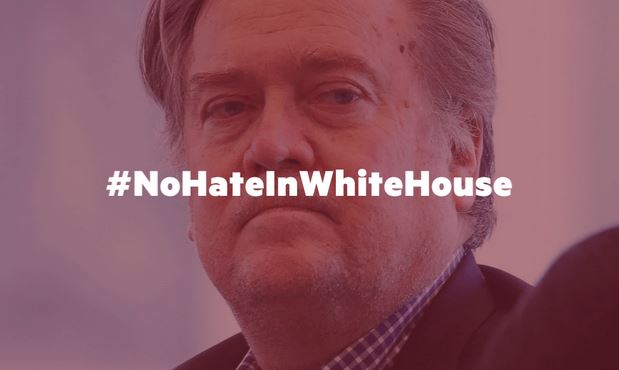 Joint Petition from American Jews and Muslims on Stephen Bannon
To President-elect Trump:
We write to you today as American Jews and American Muslims, united by our deep concern with your appointment of Stephen Bannon as senior counselor and chief strategist.
Bannon is a professional purveyor of white nationalist rhetoric. As the former editor in chief of Breitbart, he has grown the alt-right movement, which gives voice to, and celebrates, white nationalists who seek the removal of all Muslims, Jews, African-Americans, Latinos and immigrants from our nation.
On January 20, 2017, you become the President of our diverse, pluralistic, multicultural nation and all of its people, like us. We are not going away and we will not be silent when the safety or civil liberties of any group of Americans is threatened. Throughout your campaign, we were alarmed by how closely your rhetoric echoed that of white nationalists who imperil our families and communities. In your victory speech you promised to "bind the wounds of division," and we expect that you carry out those words; if not, we are left with the logical conclusion that your promise was empty rhetoric.
Hate has no place in the White House. We urge you to withdraw your appointment of Bannon immediately and refrain from appointing or hiring any other individuals who advocate for similarly hateful agendas in your Administration.
Sincerely,
Salam Al-Marayati, President, Muslim Public Affairs Council
Stosh Cotler, CEO, Bend the Arc Jewish Action