What Can Obesity Control Learn From Tobacco Control’s Success?

Here are seven cardinal principles that could guide an action campaign against obesity, based on lessons that have proved successful in advocacy for tobacco control. 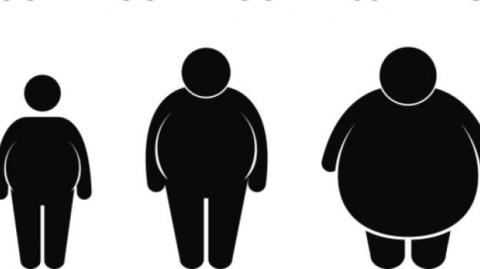 Tobacco control is revered in contemporary public health as the poster child for chronic disease control. In nations like Australia, which have taken tobacco control seriously, we have seen virtually continual falls in smoking since the mid 1970s (figure 1) as well as in the incidence of related diseases such as lung cancer (figure 2).

The chief epidemiologist of the American Cancer Society wrote in 2006:

Even our most conservative estimate indicates that reductions in lung cancer, resulting from reductions in tobacco smoking over the last half century, account for about 40% of the decrease in overall male cancer death rates … during the period 1991 to 2003 … without reductions in smoking, there would have been virtually no reduction in overall cancer mortality in either men or women since the early 1990s. The payoff from past investments in tobacco control has only just begun.
We know what to do to reduce obesity.

The comprehensive roadmap for tobacco policy reform and increasing public awareness was first set down in 1976 by the International Union Against Cancer in Guidelines for Smoking Control. It’s a recipe book that has remained virtually unchanged in the 40 years since.

Those working in obesity have done the same – many times now. The University of Sydney’s Tim Gill has compiled a list of Australian expert groups, enquiries and summits, that have each set out refinements on the why and what of obesity control for Australia:

But other than recent welcome developments in the star rating of grocery items and the revival of a voluntary reformulation program in the guise of the Healthy Food Partnership, precious little progress has been made in any area of sugar or fat tax; or controls on advertising that have been the hallmark of the sustained, comprehensive and multi-party political commitment we have seen with tobacco control. As other countries begin to forge ahead with measures such as soft drink taxes, Australia risks being left behind.

Because of this glacial pace, I’m often asked about the “how” of tobacco control. How did it progress as far as it has? How did the local Australian branches of Big Tobacco manage to lose every single legislative and policy battle they fought in the nearly 50 years since they first failed in their opposition to the timid little health warnings that appeared on packs in 1973? How did the goliath of Big Tobacco keep on getting knocked down by the astutely cast stones thrown by the Davids in tobacco control?

1. Re-orienting public health agencies to give high priority to advocacy

It’s a rare speech or editorial in public health that fails to use the word “advocacy”, but very few people are actually employed to engage in advocacy.

As a result, advocacy in many agencies can become a “when I get around to it” activity, taking a back seat to the primary activities of researchers and staff with prescribed project responsibilities.

Effective advocates have to give the very highest priority to initiating and responding to opportunities to advance calls for action. The ever-decreasing length of news cycles means those who have more important priorities during their day miss out on opportunities to influence how advocacy issues are reported.

Every major food and soft drink company has a whole section devoted to issues-management, public affairs and government relations. Tobacco control took this seriously. The same cannot be said of obesity control today.

2. Bring the background into the foreground

Public health people are fixated about the policy reforms and researchable interventions they think are important. But these will all struggle to see the light of day without work to create a foundation that made the case for the importance and urgency of reducing a health problem.

When researching a book on plain packaging, I asked Nicola Roxon, the political architect of the pioneering law, why the government had decided to take such a bold step in 2012. She emphasised the importance of the years that had gone before: of how a strong case had been made for tobacco control over many years, and how everyone in the parliament had lived though many other tobacco control reforms and seen how well-received they were, and how the world did not fall over when tobacco advertising was pulled from sport or when smoking was banned in restaurants.

Those working in obesity will need to understand that the importance of steadily adding bricks to the wall of the case for reducing obesity will pay dividends when factors align that see legislation move into consideration.

Tobacco-control agencies have always taken media monitoring seriously. Years of seeing tobacco-control voices dominate their opponents in the tobacco industry in media coverage was of inestimable importance. Keeping the 10,000 watt arc lights of the media on what you want to see happen is critical. This is not just a “background” task. It is right in the centre of what’s important.

Every battle fought in tobacco control saw both sides hurl data, compelling comparisons and facts in the effort to define what was at issue. The regularly updated Tobacco in Australia: facts and issues has for years been a goldmine enabling every interview with a journalist to dazzle with data and facts.

Dirt files on your opponents and sets of fatal ripostes to their favourite sound bites are also meat and potatoes in policy debates.

Obesity control in Australia has no equivalent to these. It should have.

The evidence base supporting tobacco policy reform is critical, but so too is the value-laden language in which this evidence is communicated.

When the campaign to get smoking out of pubs was at its height in the early years of this century, those opposing the smoking bans argued it was “unAustralian” to stop workers relaxing with a beer, pie and cigarette in the pub after a hard day’s work.

Tobacco-control advocates appropriated the unAustralian tag and directed it at those who argued that while workers in every other indoor setting were protected from tobacco smoke, it was unAustralian to tell bar staff they had to cop it. Pubs went smoke free.

Those working in obesity need to employ narratives that underscore the facts behind the case with values widely shared in the community. The tragedy of the growing number of obese children being unable to fully participate in life is one such value that may resonate.

5. The “half pregnant” principle

Getting a policy foot in the legislative door, however well it might fall short of an ideal set of reforms, can set precedents that make subsequent increments in reform easier to argue and harder for politicians to ignore. This was the story with the many developments that preceded the eventually final door being shut on all forms of tobacco advertising and in seeing smoke-free cinemas, buses and trains spread to workplaces, restaurants and bars.

There are always idealists who want to walk away from incrementalism, demanding the full delivery of comprehensive reforms. But this rarely happens so legislative baby steps can pave the way for future advances.

Political opposition parties spend their days dreaming of getting into power. They are ripe and receptive for new ideas and can be hungry for information and briefings.

You can nurture this and sometimes find your proposals forming part of a policy portfolio going into a future election. If they are elected, they will always remember how your issue helped their political fortunes.

With tobacco tax, we have seen both the Labor and Liberal prime ministers trying to outbid each other in their commitments.

Australian tobacco control has always involved close-knit, highly communicative networks who divide their efforts, and support each other in campaigns and strategies. We are also in frequent contact with those at the centre of leading-edge policy and research developments overseas.

There has been very little turf protection in Australian tobacco control. Instead, the strengths of different agencies and players has seen some encouraged and supported to take the lead on some initiatives while others concentrate on their different strengths.

The 2013 development of national strategic research priorities was a great illustration of this cooperation. The Delphi process used to set these ensured a set of priorities that had the consensus of nearly all working in the field.

By contrast, Australian obesity control seems still to be mired in fiefdoms of specialisation at the expense of this collaboration and unity of purpose.

These seven observations are just a a taste of the re-orientation that will be necessary. My 2007 book Public Health Advocacy and Tobacco Control: Making Smoking History goes into much greater detail.

Simon Chapman is a Friend of The Conversation and Emeritus Professor in Public Health, University of Sydney