As finalized by the Labor Department in May, the overtime rule doubled (to $47,476) the salary threshold under which virtually all workers receive time-and-a-half pay whenever they work more than 40 hours in a given week. 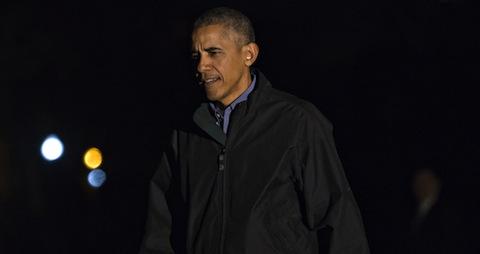 The ruling puts in serious jeopardy the most significant wage intervention by President Barack Obama.,Getty

In a stunning blow to the Obama administration's economic legacy, a federal judge in Texas granted a preliminary injunction Tuesday delaying implementation of a regulation that would extend overtime eligibility to an estimated 4.2 million workers.

The ruling puts in serious jeopardy the most significant wage intervention by President Barack Obama, who has been unable to persuade Congress to increase the minimum wage from $7.25 per hour. The Labor Department regulation, previously set to take effect Dec. 1, effectively restored overtime pay to the middle class after decades of erosion had reduced it to a benefit available only to low-wage workers.

The Republican Congress has been so bent on halting the rule that the House may adjourn a week or more earlier than planned largely so that it may block the rule after Jan. 20 under the Congressional Review Act, a mechanism linked to the length of the legislative calendar. President-elect Donald Trump, despite his dependence on working-class voters in the presidential election, was thought likely to try to block the rule as part of his war on excessive regulation; in an August interview, he said he'd like to exempt small business from the regulation.

Now none of these efforts may be necessary, thanks to a ruling by Judge Amos Mazzant, an Obama appointee to the Eastern District of Texas in Sherman, Texas. Although the injunction is only temporary, Mazzant's decision signaled a strong likelihood that he'll eventually side with 21 state attorneys general and a coalition of business groups that sued to block the regulation.

"The State Plaintiffs have shown a likelihood of success on the merits because the Final Rule exceeds the Department's authority," Mazzant wrote.

The Justice Department said in a written statement that it was "reviewing the court's opinion and order and considering any next steps."

Texas has become a hotbed of anti-regulatory litigation since the death of Justice Antonin Scalia in February left the Supreme Court in a stalemate, thanks to the conservatism of even its Democratic-appointed federal judges — Mazzant was previously appointed to the state bench by Republican Gov. Rick Perry — and the fact that appeals go to the conservative 5th Circuit. Until a ninth justice is named to the Supreme Court, appellate courts have final say in politically charged cases.

Liberal groups were swift to denounce Mazzant's decision. "This is an extreme and unsupportable decision and is a clear overreach by the court," said Ross Eisenbrey, vice president of the left-leaning Economic Policy Institute, who helped the Labor Department develop the regulation. Eisenbrey called it "a disappointment to millions of workers who are forced to work long hours with no extra compensation" and "a blow to those Americans who care deeply about raising wages and lessening inequality."

But the U.S.Chamber of Commerce was jubilant. "We are very pleased that the court agreed with our arguments," said Randy Johnson, the Chamber's senior vice president of labor, immigration and employee benefits. The rule, he said, "would have caused many disruptions in how work gets done" and "reduced workplace flexibility, remote electronic access to work, and opportunities for career advancement."

The Labor Department estimated the overtime rule would cost the nation's businesses $295 million per year.

As finalized by the Labor Department in May, the overtime rule doubled (to $47,476) the salary threshold under which virtually all workers receive time-and-a-half pay whenever they work more than 40 hours in a given week. The rule also indexed the salary threshold to inflation; previously it could be raised only through the cumbersome process of issuing a proposed and then final Labor Department rule, a process that typically takes at least one year.

In his opinion, Mazzant said that in issuing the rule, the Labor Department "exceeds its delegated authority and ignores Congress's intent by raising the minimum salary threshold such that it supplants the duties test." Under the duties test, an employee is exempt from overtime pay if he or she earns wages in excess of the salary threshold and has duties that are administrative, executive or professional.

Mazzant said that "if Congress intended the salary requirement to supplant the duties test, then Congress and not the Department, should make that change."

In a statement, National Federation of Independent Business President Juanita Duggan said the injunction "is a victory for small business owners and should give them some breathing room until the case can be properly adjudicated." NFIB was among the business groups that filed a lawsuit challenging the rule.

But Christine Owens, executive director of the left-leaning National Employment Law Project, said that although "the business trade associations and Republican-led states that filed the litigation in Texas opposing the rules have won today," they "will not ultimately prevail in their attempt to take away a long-overdue pay raise for America's workers."