The United Nations Earth Summit in 1992 took place in Rio de Janeiro, Brazil, and was supposed to establish guidelines for sustainable development. At the Summit, then Cuban President Fidel Castro gave a speech (short), warning of the dire consequences of failing to reverse course. Castro long warned that capitalism was threatening to destroy human civilization through ecological destruction, with the poor of the global South its first victims. Speech reprinted below. 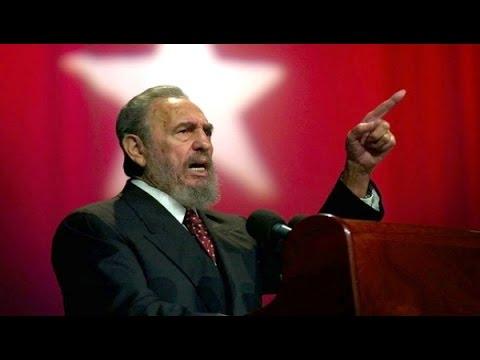 Pay the ecological debt,' Fidel Castro told the Rio Summit. 'Eradicate hunger and not humanity.', photo credit: Fidel Castro Raul Castro Che Guevara - Cuban Revolution - Full Documentary // kinotube.info
Tomorrow Will Be Too Late
Mr. President of Brazil Fernando Collor de Melo;
Mr. UN Secretary General Boutros Boutros-Ghali; Your Excellencies;
An important biological species is in danger of disappearing due to the fast and progressive destruction of its natural living conditions: humanity.
We have become aware of this problem when it is almost too late to stop it.
It is necessary to point out that consumer societies are fundamentally responsible for the brutal destruction of the environment. They arose from the old colonial powers and from imperialist policies which in turn engendered the backwardness and poverty which today afflicts the vast majority of mankind.
With only 20 percent of the world's population, these societies consume two-thirds of the metals and three-fourths of the energy produced in the world. They have poisoned the seas and rivers, polluted the air, weakened and punctured the ozone layer, saturated the atmosphere with gases which are changing weather conditions with a catastrophic effect we are already beginning to experience.
The forests are disappearing. The deserts are expanding. Every year billons of tons of fertile soil end up in the sea. Numerous species are becoming extinct. Population pressures and poverty trigger frenzied efforts to survive even when it is at the expense of the environment. It is not possible to blame the Third World countries for this. Yesterday, they were colonies; today, they are nations exploited and pillaged by an unjust international economic order.
The solution cannot be to prevent the development of those who need it most. The reality is that anything that nowadays contributes to underdevelopment and poverty constitutes a flagrant violation of ecology. Tens of millions of men, women, and children die every year in the Third World as a result of this, more than in each of the two world wars. Unequal terms of trade, protectionism, and the foreign debt assault the ecology and promote the destruction of the environment.
If we want to save mankind from this self-destruction, we have to better distribute the wealth and technologies available in the world. Less luxury and less waste by a few countries is needed so there is less poverty and less hunger on a large part of the Earth. We do not need any more transferring to the Third World of lifestyles and consumption habits that ruin the environment.
Let human life become more rational. Let us implement a just international economic order. Let us use all the science necessary for pollution-free, sustained development. Let us pay the ecological debt, and not the foreign debt. Let hunger disappear, and not mankind.
Now that the alleged threat of communism has disappeared and there are no longer any more excuses for cold wars, arms races, and military spending, what is blocking the immediate use of these resources to promote the development of the Third World and fight the threat of the ecological destruction of the planet?
Let selfishness end. Let hegemonies end. Let insensitivity, irresponsibility, and deceit end.
Tomorrow it will be too late to do what we should have done a long time ago.
Thank you.