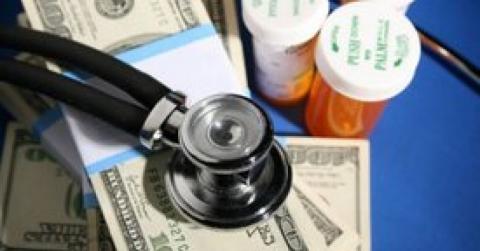 Congressional Republicans indicate they will repeal key sections of the Affordable Care Act (ACA) early next year, including its Medicaid expansion.  Repealing the Medicaid expansion would eliminate health coverage for up to, and quite possibly more than, 11 million low-income Americans in the 31 states (plus the District of Columbia) that have taken up this option.  It would also cut off the possibility of gaining coverage for the 4 million uninsured people in the remaining 19 states who would become Medicaid-eligible if their state expanded.  Without the Medicaid expansion, low-income people across the country would be left with no pathway to affordable health coverage.

Repealing the expansion would harm states in other ways.  The expansion has produced net budgetary savings in many states, in part by enabling them to scale back funding for state-funded behavioral health and mental health programs for low-income residents who previously were uninsured but now are covered under the expansion.  Also, some expansion states have seen revenue increases from existing taxes on health plans and providers, such as managed care plans serving Medicaid beneficiaries.  Eliminating the expansion would not only weaken revenues from those taxes, but also put pressure on states to spend dramatically more on programs serving poor uninsured residents to meet the increased demand as the number of uninsured rises.
In addition, tens of billions of dollars in federal funds would be removed from expansion states' economies each year.  Hospitals and providers, which have provided much less uncompensated care since the expansion took effect, would see these costs climb again.  Removing these federal dollars would be a particular burden on rural hospitals, which are facing financial pressures nationwide but have fared better in expansion states.
Millions of People Would Lose Coverage and Become Uninsured
The nation has experienced historic gains in health coverage since the ACA's major coverage provisions took effect in 2014, with these gains being greatest in the states that expanded Medicaid.  For example, the uninsured rate among adults aged 18 to 64 dropped from 15.8 percent to 7.3 percent in expansion states between September 2013 and March 2016, compared to a drop from 20.6 percent to 14.1 percent in non-expansion states, an Urban Institute survey found.[1] (See Figure 1) 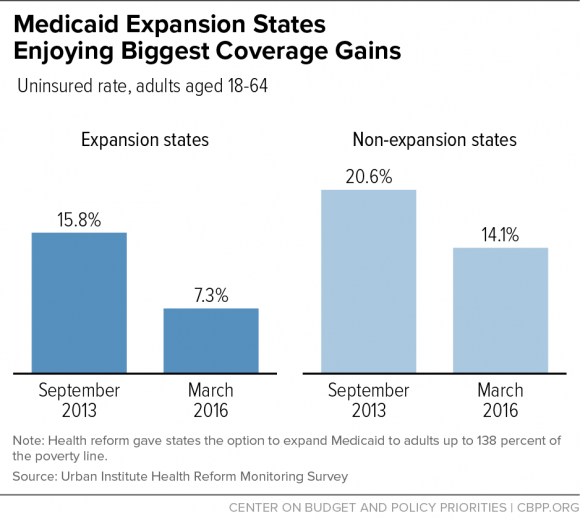