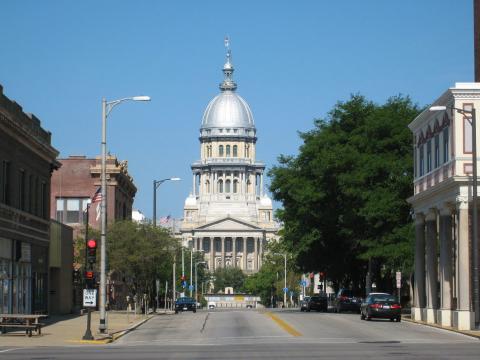 As a teenager, Carol Ammons worked as a temporary employee for a factory that needed extra labor over the holiday season.

Now, as an Illinois state representative, Ammons is hoping to change the very nature of temp work in Illinois. The Champaign-Urbana Democrat announced new legislation Wednesday that takes on discrimination and exploitation in an industry that’s among the fastest-growing sectors in the workforce.

The bill would impose new rules on how temp workers are hired, paid and treated on the job.

“We know there are good temp work firms that follow the law,” Ammons said in an interview. “But there are also those that are unfortunately predatory in their actions and they take advantage of their workers.”

The bill would require temp agencies to track the race and gender of all job applicants. Supporters say it would provide evidence of discrimination when agencies shut out black workers in favor of Latino workers considered easier to exploit.

The provision mirrors a 2015 bill that collapsed after industry lobbying. A subsequent Reveal story found that a lawmaker who helped nix that bill took money from temp agencies facing serious allegations of discrimination, and free meals from a lobbyist who spread inaccurate information.

Ammons credited Reveal’s stories with “shedding light on this damaging and degrading part of the job economy.”

Industry lobbyist Dan Shomon said he will be reviewing the bill. The Staffing Services Association of Illinois, he wrote by email, will also meet with Ammons.

The influential group, set up to “fight to keep our industry free of unnecessary regulations,” is likely to object vociferously. Ammons said she is “always open to compromise” but that she “definitely won’t let the bad actors ruin this bill.”

The bill would also:

* Make staffing agencies give temp workers the same pay and benefits as permanent employees who do the same work.

Supporters say pay equity would dissuade employers from replacing stable jobs with long-term “perma-temps.” That kind of law is common in much of the developed world, but not in the U.S, which has some of the weakest protections for temp workers, according to ProPublica.

A ProPublica investigation found that temp workers are at much more risk of getting injured on the job than permanent employees.

* Create penalties for retaliating against workers who complain.

“The workers in the temp industry just have no recourse under the current (law),” Ammons said, “and that’s part of the problem that’s driving this industry.”

The 2015 bill addressing discrimination struggled in part because some Latino lawmakers saw it as helping black jobseekers at the expense of Latinos. This time, that won’t happen, said Tim Bell, executive director of the Chicago Workers’ Collaborative, who helped craft the legislation.

“Now, they can’t say that this is just for African Americans,” he said. “There is a lot of stuff in here that speaks to all temp workers, no matter what their race and gender.”

This story was published in partnership with Reveal from The Center for Investigative Reporting, a nonprofit news organization based in the San Francisco Bay Area. The Chicago Workers’ Collaborative receives funding from the W.K. Kellogg Foundation, which also provides support for The Center for Investigative Reporting. Editorial decisions are made independent of any funding.

Will Evans is a reporter for Reveal, covering labor and workplace issues. Follow him on Twitter: @willCIR