The Uses and Abuses of Anti-Semitism

Campaigns to silence criticism of Israel don’t protect Jews — they endanger them. A national conversation on what antisemitism is — and what it isn’t — is long overdue. Recent reshuffling among the Trump administration may have Steve Bannon on the outs, but we are only weeks removed from a white supremacist as “the shadow president.” 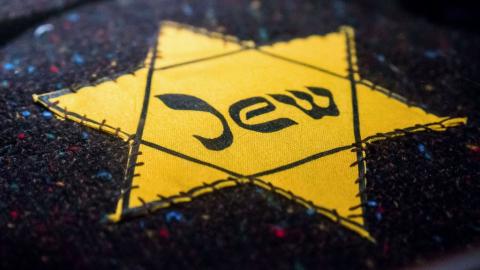 ., Forward
Unsurprisingly, reports of antisemitic attacks have risen sharply since Trump’s election. New legislation at the state and national levels are supposedly aimed at fighting antisemitism, but actually only target critics of Israel. Zionist organizations have begun to discuss the “new antisemitism,” which conflates antisemitism with criticism of Israel.
It’s perfect timing then, for the release of On Antisemitism: Solidarity and the Struggle for Justice, a collection of essays from the activist organization Jewish Voice for Peace that explores the ways that antisemitism is harmful and real, while also challenging the false charges of antisemitism used to suppress Palestine solidarity activism and free speech.
Jacobin’s Jason Farbman spoke with JVP’s Rebecca Vilkomerson and Rabbi Brant Rosen about antisemitism, false accusations of antisemitism, and antidemocratic attempts to suppress criticism of Israel.
Jason Farbman: It seems On Semitism is intended to be used as a tool — there are study questions, suggested readings. What is your hope for this book?
Rebecca Vilkomerson: The more the conversation about Israel changes, the more it stays the same — there are some fundamental questions that come up over and over again that we need to untangle in order to have a breakthrough. Antisemitism is one of those questions.
It’s fundamental to JVP’s mission: fighting against bigotry in all its forms, including antisemitism. We want to open up a conversation, one in which the ways that antisemitism affects both Jewish lives and other communities gets proper weight, but also that will help people to distinguish between actual antisemitism and legitimate critique of Israel.
My own Jewish education was very much Holocaust-Israel, Holocaust-Israel. Jewishness as an identity was drilled into us as a legacy of oppression and discrimination, with statehood as the answer. With the establishment of Israel seen as the endpoint of that legacy, it created a reality where criticism of the state was assumed to be a criticism of Jewish people. You need to have tools with how to grapple with that, and unlearn that stuff, and have a much richer conversation. 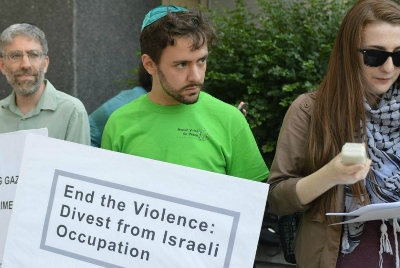 The new issue of Jacobin is out now. Buy a copy, or a special discounted subscription today.