This Wasn't Just a Primary Victory. This Was a Revolution - Advances Movement for Racial and Criminal Justice

Larry Krasner's victory for Philadelphia District Attorney is huge! Krasner has been the main defense attorney for #BlackLivesMatter and Occupy and has freed 80 prisoners on wrongful conviction charges. He ran to end stop-and-frisk, end cash bail, and treat drug law violators via the public health rather than criminal justice system. A huge victory for the movements against police brutality and mass incarceration - for progressive and racial justice movements nationwide. 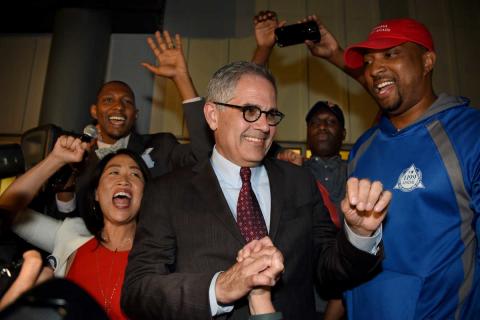