What Gary Cohn, Steven Mnuchin and Jared Kushner did - or, rather, what they didn't do - is a shanda. They'll know what that means, but, for the uninitiated, shanda is Yiddish for shame, disgrace. All three let it be known through anonymous friends and colleagues that they are disturbed and distressed by what Trump said after the white terrorist demonstration and attack in Charlottesville. But not in public. 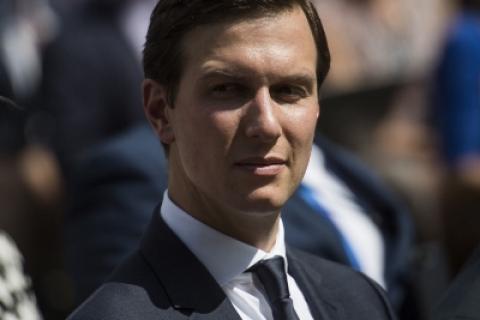 The three men, the most prominent Jews in President Trump’s administration, could have spoken out to say that those who march with neo-Nazis are not “very fine people,” as their boss claims. Mnuchin, the treasury secretary, and Cohn, the chief economic adviser, were actually standing with Trump when he said it. They said nothing.

All three let it be known through anonymous friends and colleagues that they are disturbed and distressed by what Trump said — Kushner even got out word that he and his wife, Ivanka Trump, had counseled Trumpotherwise — but none is speaking publicly about an outrage that makes millions of Americans feel as though they are living a nightmare.

We have seen such a character before in Jewish history: the shtadlan. The shtadlan , or “court Jew,” existed to please the king, to placate the king, to loan money to the king. He would dress like other members of the court, and he would beg the king for leniency toward the Jews, but, ultimately, his loyalty was to the king.

I thought we were past the age of the shtadlan. So did my rabbi, Danny Zemel. “These guys are the princes of American business power,” he said. “If they can’t find an ounce of moral fiber from their own Jewish past, we’re in a very sorry way. If they view themselves as court Jews, then they’ll keep their mouths shut and keep their nice jobs.”

That past is as ancient as the Bible. Abraham argued with God, urging the Almighty not to destroy Sodom and Gomorrah for the sake of the innocent. Moses, seeing an Egyptian beating a Hebrew, struck the offender, buried him in the sand and fled from Pharaoh. The daily Jewish liturgy includes the 146th Psalm, praying to a God who brings justice to the oppressed and food to the hungry, who lifts up those who are bowed down, who upholds the widow and the orphan, and who brings the wicked to ruin.

Certainly, Cohn, Mnuchin and Kushner have a particular obligation as Jews, because the violent white supremacists in Charlottesville were targeting Jews with their swastikas and chants of “Jews will not replace us” and “Sieg Heil.” One of their leaders told “Vice News Tonight” it was objectionable that Trump would “give his daughter to a Jew.” A few stood outside a synagogue brandishing rifles, forcing Sabbath worshipers to slip out a back door.

But Jews, because of our recent history, know what results from silence in the face of any type of bigotry. Before Trump dabbled in anti-Semitism, he made scapegoats of immigrants, African Americans, Latinos and, especially, Muslims. Two years ago, when I described the many actions that made candidate Trump a bigot and a racist, I noted that he hadn’t yet gone after Jews. That followed soon: the tweeted image of a Star of David atop paper money, and the speech and ads linking Jews to a secret “global power structure.”

This racist demagoguery now comes from the president of the United States. In tweets Thursday, Trump proclaimed his sadness at the removal of “our beautiful” Confederate statues, and he revived the bogus claim that, a century ago, Gen. John J. Pershing dipped bullets in pig blood before shooting Muslim prisoners.

Why is it so hard to condemn such filth? David Shulkin did. Trump’s Veterans Affairs secretary, who is Jewish (and an Obama administration holdover), said what needed to be said: “I do feel like as an American and as a member of the Cabinet, that I can speak for my own personal opinions on this, and I am outraged by the behavior that I have seen with the Nazis and the white supremacists.”

Shulkin said he will continue to speak. “Staying silent on these issues is not acceptable,” he said.

Even the rabbi who oversaw Ivanka Trump’s conversion, Haskel Lookstein, joined in a statement saying he was “deeply troubled by the moral equivalency and equivocation President Trump has offered.”

Even Sheldon Adelson’s Republican Jewish Coalition called for “greater moral clarity” from Trump, saying “there are no good Nazis.”

As I write this, my 13-year-old has come into my office and said the neo-Nazis at the Charlottesville synagogue make her reluctant to return to Hebrew school. She also asks if our family will be a target because people know I’m Jewish.

This is what Trump has done to America. And this is what Cohn, Mnuchin and Kushner allow with their shameful silence.

Do they prize their appointments so much? Well then, don’t quit. Speak out. Let him fire you. But don’t play the court Jew.

[Dana Milbank writes about political theater in the nation’s capital. He joined The Washington Post as a political reporter in 2000, after two years as a senior editor of The New Republic and eight years with the Wall Street Journal. He is also the author of three political books: Tears of a Clown (2010), Homo Politicus (2008) and Smashmouth (2001). He lives in Washington. Twitter: @Milbank ]