Why a Children’s Book has Zionists Losing Their Minds

In this moment of nuclear proliferation, police brutality, resurgent Nazism, and stunning inequality, the real enemy: is a children’s book. The offending title, P is for Palestine, was recently published by Golbarg Bashi and Golrokh Nafisi after a long crowdfunding campaign. Supporters of Israeli settlements and Zionist organizations have reacted as if it’s the Hamas charter. 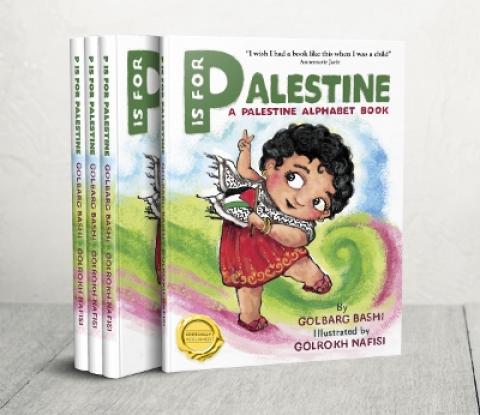 P is for Palestine, https://www.drbashi.com/books

My wife and I bought the book for our five-year-old son.  It was a logical purchase.  Two of his grandparents are Palestinian, after all.  The kid wasn’t especially excited about the book, but he likes it.  I feel the same way.  The text is an inventory of cultural and geographic objects in alphabetical format, framed by (often beautiful) illustrations.  Filled with romanticized cultural imagery, it takes about five minutes to read.

In other words, it’s a typical children’s book.  The only way it differs from its numerous peers in the “diversity” marketplace is that the foreign country it glamorizes is Palestine.  Therefore, it is ipso facto intolerable to professional Zionist organizations.

We could just chalk up the latest iteration of Zionist anguish to a heightened sense of disquiet thanks to Israel’s steep decline in global prestige, pushed along by a burgeoning BDS movement.  It helps explain the overwrought reaction to a political document written in crayon. 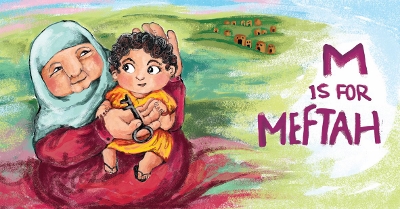 M is for Miftah, Key of Return…Mama’s Mama, and my Jiddah’s Mama’s, for which I yearn!
Image from P is for Palestine

There is more at work, though.  Something about P is for Palestine touched a nerve.  When does a children’s book get coverage in the New York Post (“Page Six,” no less), the Forward, Ha’aretz, the New York Daily News, and Breitbart?  Whenever Israel’s supporters get upset, plenty of publications are happy to amplify their grievances.  That the outrage commenced immediately upon the book’s release illustrates how Palestine can abruptly create or alter a news cycle in the United States.

Simply put, nothing threatens Israel more than the survival of Palestinian identity through successive generations, which is exactly what P is for Palestine tries to accomplish.  Zionists don’t oppose its content; they oppose its mere existence as a document to historical memory.  Zionists consistently express disdain for Palestinians who refuse to validate Israel.  Even kuffiyehs and falafel in caricature become an existential threat.

P is for Palestine makes manifest something Zionists fear but cannot control: from Santiago to Toronto, Athens to Oslo, Abu Dhabi to Aleppo, Palestinians continue to claim and honor their ancestral land. Zionists know these transactions happen and can do nothing to stop them.  The book provides an ocular target for their existential anxiety.

Israel enjoys a devastating military, an ever-growing land base, and an advanced economy, but it is afflicted by a remarkably fragile psyche.  There’s no other reason for its devotees to go ballistic over a self-published children’s book.  Polls repeatedly show that American Jews, youth in particular, have a declining attachment to Israel.  Meanwhile, Palestinians are united by a desire to reclaim their homeland.

Nor should we overlook the demographic for which P is for Palestine is intended.  For 70 years, Israel has visited untold misery on Palestinian children.  The state’s desire for ethnic purity has politicized notions of childhood in the majoritarian imagination.  The book presumably transforms Palestinian kids into the type of political creatures that Zionists are obliged to hate.

Nation-states are tenuous.  Indigeneity is not.  It constantly announces itself to the forces that seek its destruction.  In turn it unceasingly confers to itself the power to destroy—and it does so without weapons or without deception, but with the simple timelessness of being.

P is also for paranoia.  Insofar as one’s political fetish requires Palestinians to capitulate or disappear, the condition is perfectly justified.