Since World War II Israel and its pre-state paramilitary organizations have assassinated more people than any other country in the Western world - some 2,300 "targeted killing operations," most of them against Palestinians, but also aimed at Egyptians, Syrians, Iranians and others. In the name of state security, Israeli officials didn't just walk the line of legality, they trampled it. 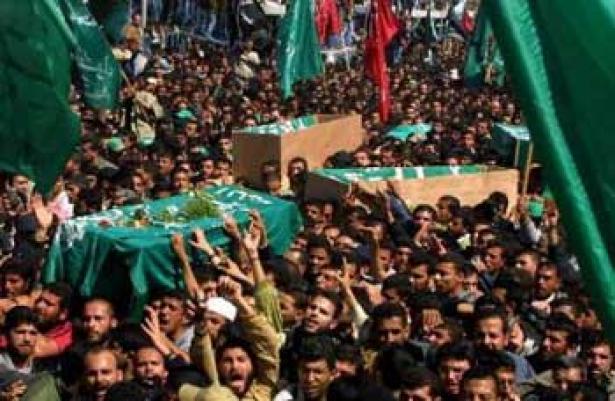 ‘In times of war,” declared the Roman orator Cicero, “the laws fall silent.” When faced with an existential threat to their survival, he was suggesting, even the most democratic of states are entitled to use violence without legal restraint. But at what point does violence in the name of self-defense become an end in itself, so addictive to its practitioners, who in time become so adept at its use, that it undermines the very values it is meant to preserve?

This question is the underlying theme of Ronen Bergman’s authoritative and exhaustive history of Israel’s targeted killings of its enemies, which he calls “the most robust streamlined assassination machine in history.”

Since World War II, Bergman calculates, the Jewish state and its pre-state paramilitary organizations have assassinated more people than any other country in the Western world — some 2,300 “targeted killing operations,” most of them against Palestinians, but also aimed at Egyptians, Syrians, Iranians and others. And other Western countries have followed its bloodstained example: President Barack Obama authorized 353 drone strikes against individuals during his eight years in office.

The threat Israel has faced is all too real. Since before the founding of the state, Arab terror gangs and suicide bombers have aimed at civilian targets — schools, cafes, supermarkets, passenger buses, commercial airliners, even a Passover dinner attended by dozens of elderly Jews have all been singled out by gunmen and bombers looking to inflict the maximum amount of pain on the most innocent of people. Imagine how swiftly and brutally the United States would respond if a gang of terrorists from Canada laid waste to a kindergarten or two in Detroit. Actually, there’s no need to imagine: After the 9/11 attacks, the United States threw out the human rights handbook and embarked on a spate of targeted killings, abductions, torture and indefinite imprisonment without trial that was as much about vengeance as prevention of future attacks.

Israel’s leaders have developed a reputation for ruthless efficiency, honoring the Talmudic mandate, “If someone comes to kill you, rise up and kill him first.” Clandestine, behind-enemy-lines operations, Bergman writes, became “the core principle of Israel’s security doctrine.”

In the name of state security, Israeli officials didn’t just walk the line of legality, they trampled it. “Summary executions of suspects who posed no immediate threat, violations of the laws of Israel and the rules of war — were not renegade acts by rogue operatives,” Bergman writes in “Rise and Kill First.” “They were officially sanctioned extrajudicial killings.”

The chief defense correspondent for Yedioth Ahronoth, Israel’s largest daily newspaper, Bergman has a reputation as an indefatigable journalist who has developed hundreds of informed sources in the defense establishment over the past two decades. He is in a privileged position — defense correspondents get regular briefings from high officials but must submit their reports to the military censor’s office, which often excises much of the juiciest stuff. But Bergman has a secret weapon: the chatty, introspective men (yes, except for the late Golda Meir, they’re all men) he writes about. He clearly has excellent sources in all three components of the secret killing machinery: the Directorate of Military Intelligence, the Mossad spy agency and the Shin Bet internal security service. “On the one hand, nearly everything in the country related to intelligence and national security is classified as ‘top secret,’ ” he writes. “On the other hand, everyone wants to speak about what they’ve done.”

The general impression he gives is of clever, dedicated, self-righteous, over-caffeinated warrior princes constantly seeking creative new ways to identify and kill their enemies, convincing themselves that they are not only the best at what they do but also the most moral. They agonize over the personal burden of killing innocent civilians alongside their enemies, but inevitably they justify their own deeds — and cover up their occasionally embarrassing miscalculations.

Many of the stories Bergman offers are not new, but he adds telling details. Still, after a while the accounts begin to blur and the chapters start to read like an endless police blotter. Call it, literally, “Israel’s Greatest Hits.”

There have been storied triumphs. Israel’s clandestine assassination campaign against German nuclear scientists working for Egypt in the 1950s and early ’60s and against Iranian scientists during the past decade probably helped impede both countries’ nuclear weapons programs. The targeting of the men behind the murder of 11 Israeli athletes at the 1972 Munich Olympics probably contributed to Palestine Liberation Organization (PLO) leader Yasser Arafat’s eventual decision to cease the Black September terror operations. And the famed 1976 commando raid that rescued 102 hostages at the Entebbe airfield in Uganda was perhaps the ultimate in daring and efficient military action.

But many of the so-called successes came at a high price. For example, in April 1988, during the early days of the first Palestinian uprising in the Israeli-occupied West Bank and Gaza, Israeli leaders targeted Khalil al-Wazir, known as Abu Jihad, Arafat’s chief lieutenant and military leader of his Fatah movement. A team of commandos landed ashore in Tunis, made their way to Abu Jihad’s villa and shot him 52 times in his bedroom in front of his wife. The mission was designed to undermine the intifada by eliminating a charismatic PLO leader with much Israeli blood on his hands. But Bergman says it had the opposite effect — weakening the PLO leadership abroad while bolstering the popular committees in the occupied territories that were the true leaders of the intifada. And Bergman quotes Israeli officials who now believe Abu Jihad could have made a significant contribution to the peace process.

His assassination became, as Bergman puts it, “one of a long string of impressive tactical successes, but also disastrous strategic failures.” He writes that the 2004 assassination in Gaza of Sheikh Ahmed Yassin, leader of the Hamas radical Islamic movement, opened the door to greater Iranian involvement with Muslim extremists in the occupied territories. Military operations against Hezbollah fighters in Lebanon in 2006 enhanced the prestige and power of Hassan Nasrallah, the organization’s radical leader.

Bergman paints a chilling portrait of the evolution of the assassination program, as Israeli operatives became more and more skilled at striking their targets with car bombs, mail bombs, airstrikes, explosive devices attached to cars by operatives on motorcycles, and even poisoned baklava (that particular killing device failed because the intended victim didn’t care for dessert). Initially, he writes, each proposed killing required a “Red Page” signed by the prime minister. But when the process proved too time-consuming, the heads of the secret agencies created a workaround “by which an assassination was called something else so that it would fall under a different decision-making protocol.” The program came complete with its own Orwellian vocabulary: The killing of innocent civilians was labeled “accidental damage,” while the assassinations became known as “targeted preventive acts.”

Toward the end of the book, Bergman hints at the tantalizing possibility that then-prime minister Ariel Sharon authorized the killing of Arafat, who died in 2004 of a “mysterious intestinal disease.” Even if he knew what happened, Bergman writes, he wouldn’t be able to write the truth because “the military censor in Israel forbids me from discussing this subject.”

Too often, Bergman writes, Israeli leaders spend their careers competing to outdo each other in creative ways to kill Israel’s enemies, only to regret their shortsightedness upon leaving office. Meir Dagan, one of the most enthusiastic of the secret warriors while head of the Mossad, became an outspoken critic of the government and Prime Minister Benjamin Netanyahu after being ousted in 2011. At an opposition political rally in Tel Aviv before the March 2015 national elections, Dagan declared, “I believe that the hour has come for us to wake up, and I hope that Israeli citizens will stop being hostages of the fears and the anxieties that menace us morning and night.” Too late. Netanyahu won reelection. Dagan died of cancer in March 2016. And the 100-year struggle between Arab and Jew grinds on, a war seemingly without end.

[Glenn Frankel is a former chief of The Washington Post’s Jerusalem bureau, where he won a Pulitzer Prize for International Reporting.] 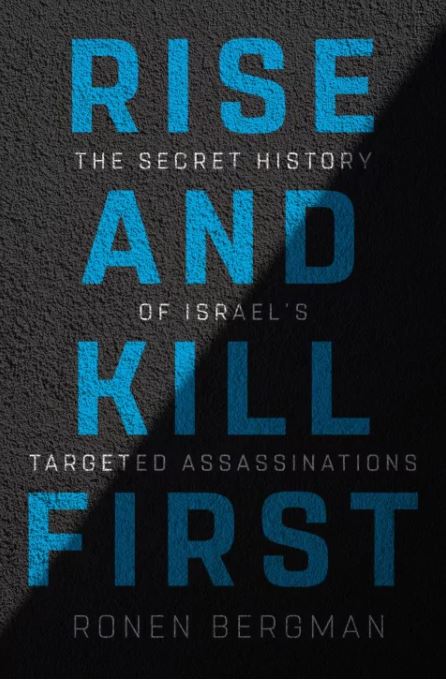 [Ronen Bergman is the senior correspondent for military and intelligence affairs for Yedioth Ahronoth, Israel's largest daily paid newspaper, and a contributing writer for The New York Times Magazine, where he reports on intelligence, national security, terrorism, and nuclear issues.]