Dollars for Democracy: Antidote to Big Money in Politics

If elections are wealthy interests versus voters, the counter to the power of Big Money is to increase voters’ financial power. 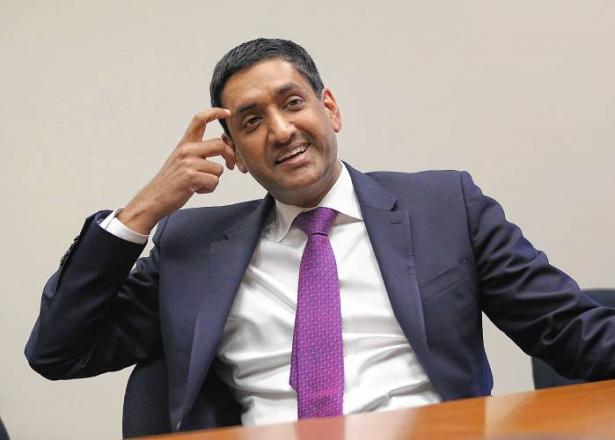 The American people are fed up with a government that taxes them but doesn’t work for them. This frustration is turning into calls to action for reform.

The rise of super PACs and dark money has been fueled by controversial Supreme Court rulings. Our highest court first breathed life into what amounts to the modern version of political corruption in the 1976 case Buckley v. Valeo, in which it ruled that “independent” expenditures used to purchase political communication represented a form of speech protected by the First Amendment. In other words, money equals speech, no matter the quantity or corrosive effect. This judgment put a “for sale” sign on the lawn of our democracy.

The Supreme Court further handed our democracy to corporate interests in its 2010 Citizens United decision, which translated economic inequality into political inequality – an unacceptable distribution of power in a country where the top one-tenth of 1 percent of families own as much financial wealth as the bottom 90 percent. For most Americans, saving for college tuition or retirement is hard enough; political donations, even of 20 or 50 dollars, are a luxury they can’t afford.

One goal of the campaign finance reform movement must be to reverse Citizens United. In the meantime, we can counter the corrosive effect of special interest money on the integrity of elections. If elections are wealthy interests versus voters, the counter is to increase the voters’ financial power.

This may seem like pocket change, but multiply it by the hundreds of thousands of people who vote and suddenly those Democracy Dollars could help counter the super PACs and dark money.

The plan is to reduce the influence of big money in politics, but without violating Citizens United, which while incorrect is still legal precedent for the time being. Even in this legal climate, the Democracy Dollars Act would bring balance to special interest contributions with the financial power of voters.

Democracy Dollars would go further than past attempts at public financing. Grant-matching systems like New York’s, which offers six-to-one matching on individual donations up to $1,050, help to close the gap between the wealthy and those with less. But too many Americans are unable to afford any kind of contribution.

Giving registered voters a voucher for campaign donations turns each into a donor to whom politicians must listen. This incentivizes candidates to fight for every voter’s contribution instead of skipping over them and catering to the wealthiest. The Democracy Dollars Act nationalizes the Democracy Dollars model successfully implemented in Seattle and being considered elsewhere in the country.

If money is wrongly defined as speech, we must amplify the voices of the plurality of Americans so they are heard over the roar of the top one percent. The American people deserve a system where their voice matters.

Recent Pew Research Center data shows that only 18 percent of Americans trust their government “always or most of the time.” In 1968, that number was 62 percent. Would anyone deny the need for bold action to address the trust deficit in American democracy itself?

The Democracy Dollars model offered in the Democracy Dollars Act reclaims our democracy from special interests’ influence and protects the integrity of American elections, while respecting the Supreme Court’s current interpretation of money as speech. Our hope is every candidate running in 2018 supports it and that it becomes a standard part of the 2020 platforms. The alternative is for candidates to readily admit they pray at the altar of big money and are comfortable doing so.

(Russ Feingold represented Wisconsin in the United States Senate from 1993-2011 and was the co-author of the McCain-Feingold campaign finance reform bill signed into law in 2002. Ro Khanna, D-San Jose, represents Silicon Valley and is the author of the Democracy Dollars Act.)