Dance, pendejo; Royals go off program; Teens get political while dodging bullets; 911 is a death sentence; Women turn out for their rights in Spain 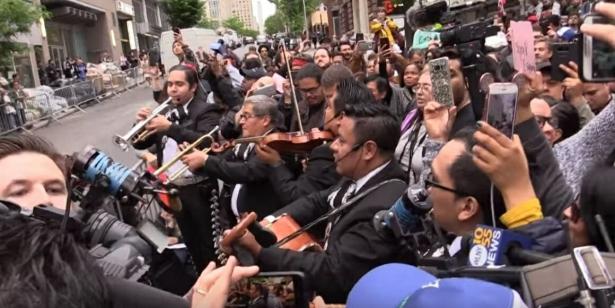 When it was announced on Facebook that a protest ― complete with a dance party, a mariachi band and taco trucks ― was set to take place outside Schlossberg’s Upper West Side apartment, I knew I had to be there.

The Fraught Gender and Racial Politics Of the Royal Wedding, Explained

For many feminists, Meghan Markle’s wedding to Prince Harry is — like so many weddings — a mixed bag.

Young People Keep Marching After Parkland, This Time to Register to Vote

By Michael Tackett and Rachel Shorey
May 20, 2018
New York Times

If voters in their teens and 20s vote in greater numbers than usual, as many promised during nationwide marches for gun control this spring, the groundswell could affect close races in key.

Starbucks, Yale, and the Abuse of 911 Against Black Americans

Many whites see the police as a tool to enforce a certain racial order.

Spanish feminists held demonstrations in 70 cities to demand that the government respect the budgetary commitments it made to combat gender-based violence.