It gets worse; Southern Baptists reach their limit; 1984 in 2018; The evil that Wolfe did; Holiday in Trumpland 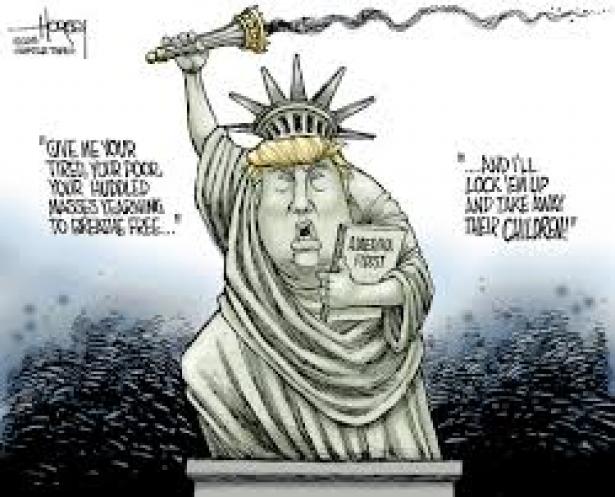 The GOP is betting that racial and cultural provocations will boost turnout just enough among aging, blue collar and rural white voters unhappy with the evolution of the country to enable them to prevail.

In Name of Free Speech, States Crack Down on Campus Protests

A growing and well-organized campaign has put academia squarely in the cross hairs of the American right.

This one piece of art almost perfectly sums up America today.