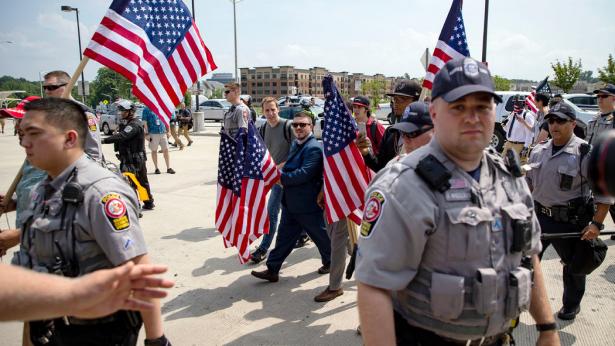 Thousands of people confronted a small group of white nationalists near the White House on Sunday.,New York Times

Attendance might be low, but we can learn a lot from the rally, counterprotests, and the broader response.

The Twilight of Free Speech Liberalism

The ACLU has transformed itself from a nonpartisan protector of civil liberties into one of Donald Trump’s most bitter political foes.

Fearing the left will turn the conspiracy theory against them, the president’s cheerleaders try to talk sense into the grassroots. It’s not working.

White Supremacy Has Always Been Mainstream

If the hierarchy of races were real, it would easily have survived slave emancipation. Instead, that hierarchy must be constantly asserted and enforced.